“The Google Play User’s Choice Awards 2018 has Tinder, PUBG, Files By Google and TikTok listed among others”

For Android enthusiasts, the end of year marks the annual poll for best app and game. Google has officially opened voting for the Google Play User’s Choice Awards for the year 2018 on the Play Store. As usual, the voting is open for two categories at the moment – User’s Choice App of 2018 and User’s Choice Game of 2018. 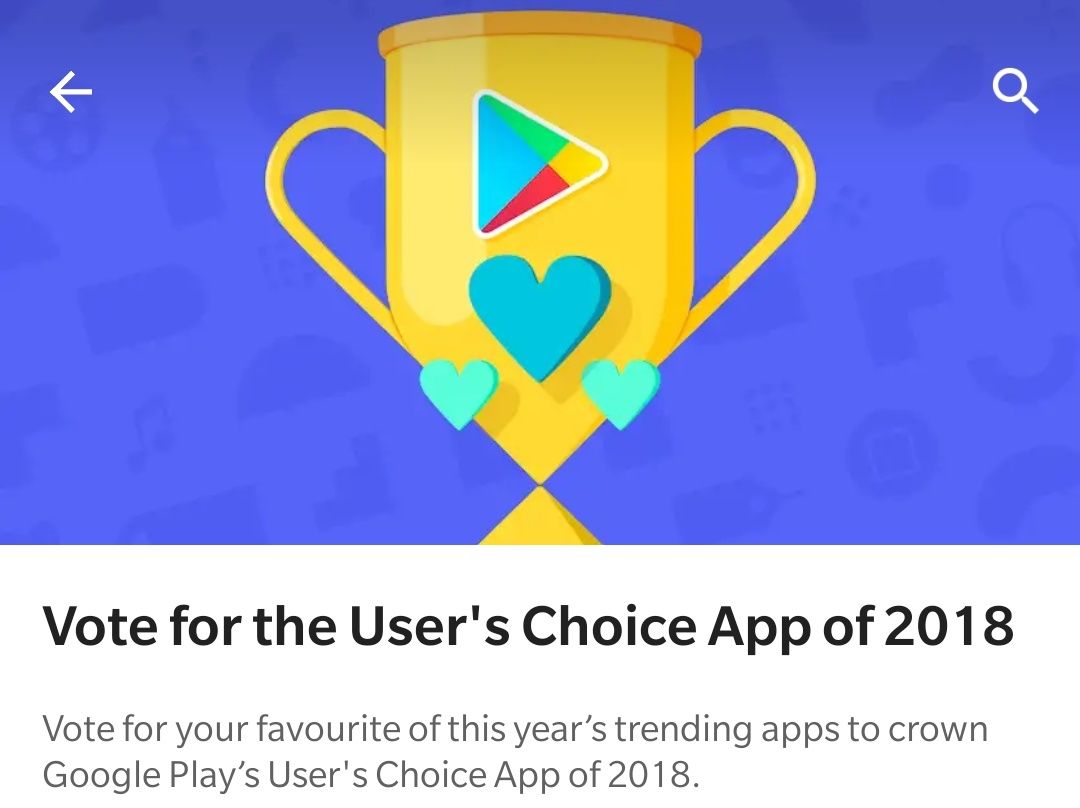 As usual Google has put up a list of apps that were trending all year through for users to vote from. From popular dating app, Tinder to Google’s own Files By Google and Pay have found their way to the list. Below is the complete list of the apps nominated for this year’s User’s Choice Award. 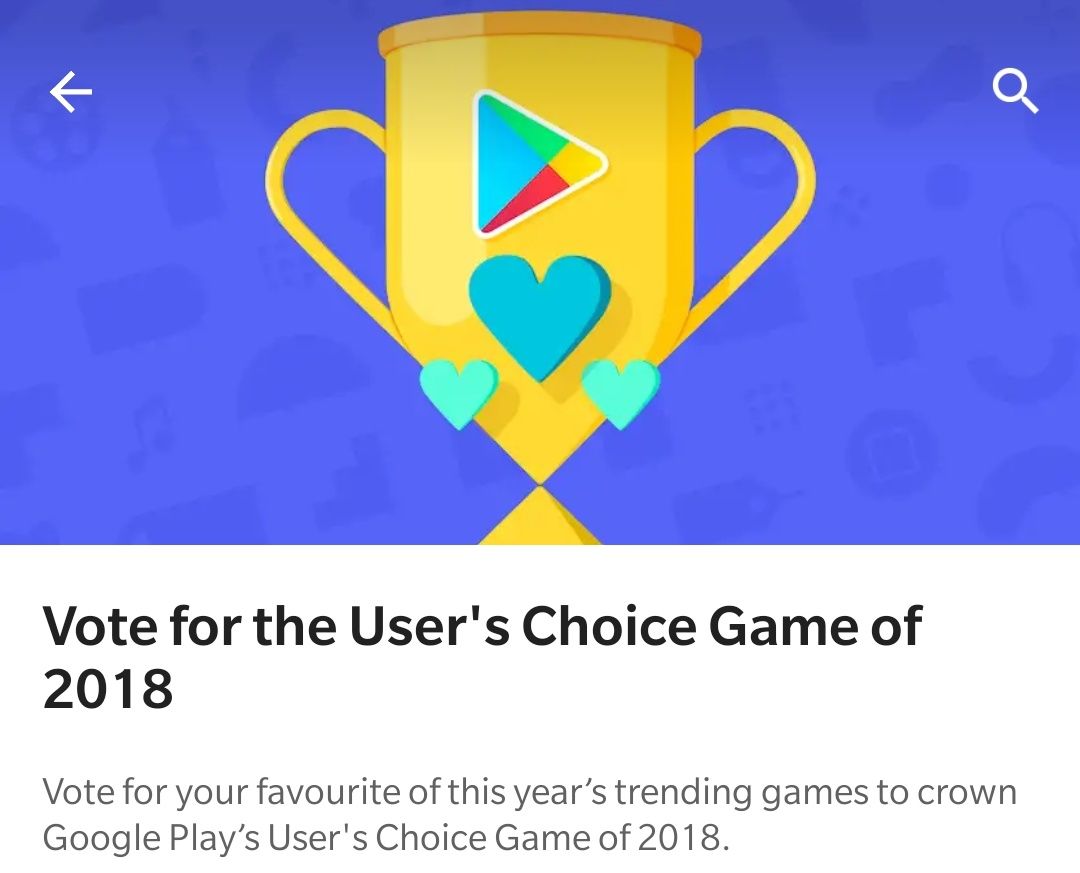 We need not even say it but everyone’s favourite online battleground game – PUBG is on the list. Apart from this, some known games like Clash Royale, Ludo King, Candy Crush Friends Saga, Hill Climb Racing and FIFA Soccer is also up for voting. Here’s the complete list of all games nominated.

The Google Play User’s Choice Awards 2018 voting is open for next 11 days. Moreover, users can only vote for one app and one game from one account. Is your favourite app and game on the list?
ShareTweetShare