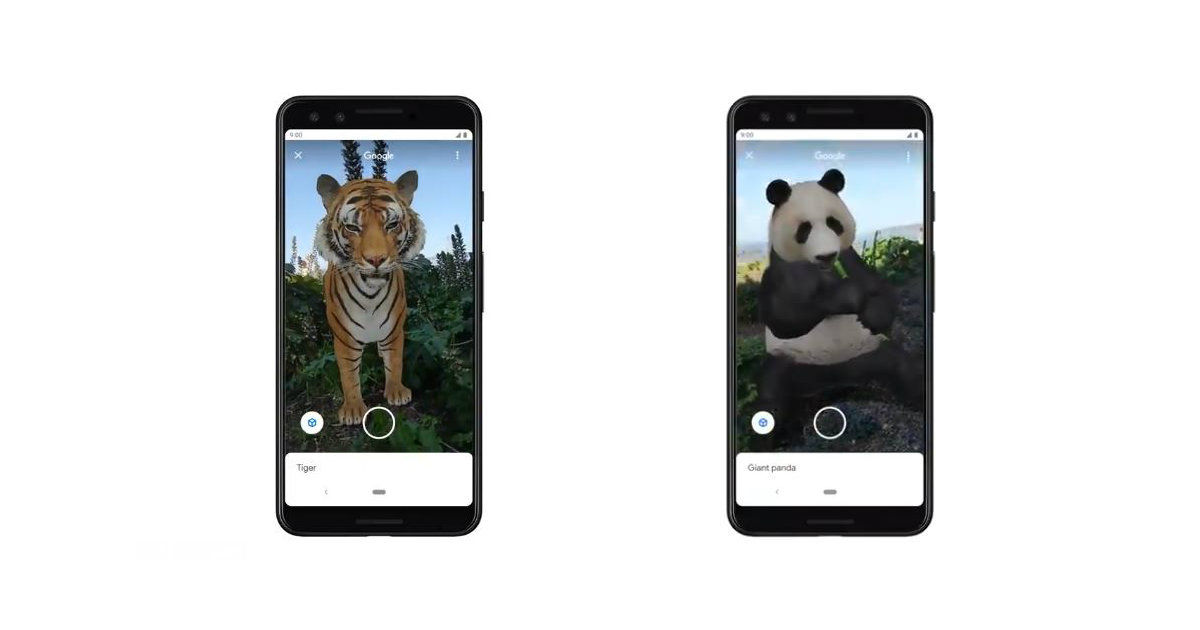 “Playground on Search will let you view an Augmented Reality version of certain animals, while enabling Playmoji on the Pixel 3a’s main camera”

Google is rolling out its Playground augmented reality feature to its latest Pixel 3a series smartphones as well as Search. The two offer slightly different use cases, but bring a generally fun take on animated stickers and objects. On Pixel 3a and Pixel 3a XL, the Playground integration is being introduced with their front cameras, which will now be able to show you Playmoji — Google’s take on animated AR stickers — to spice up any ordinary photograph that you may shoot.

The Playmoji feature was initially introduced with the Pixel 3 and Pixel 3 XL, and given that the Pixel 3a and 3a XL have the exact same camera module, we assume that it wouldn’t have been too difficult for Google to port the feature to its new phones. However, given that the front cameras are largely different, the integration of the feature would be a tad more difficult. On this note, Google states that it will eventually bring Playmojis to the front cameras of the new phones as well, but it hasn’t shared a timeline for when it would be introduced.

It’s AR of the tiger!

If you’ve got an AR-enabled phone, you can now bring select animals right into your space for a safari (or safe snuggle) with Search. pic.twitter.com/kWpudETgeq

What Google has introduced already, however, is the AR implementation of specific search terms on Search. According to a 9to5Google report, as long as you have a phone that’s capable of processing AR tasks, the Search trick will show augmented figures of animals such as alpine goats, bears, emperor penguins, lions and tigers while general searches for dogs and cats will also show relevant results. The AR search result shows up near the top of the page, clicking on which you can place it on a floor near you.

While the implementation of AR on Google is mostly recreational for now, we believe that it could yield stronger results in the long run. It can help in applications such as placing AR furniture in a room before making a purchase or even for clothing options as well. Even in case of objects such as smartphones, users may benefit from getting a 360-degree AR view of a device to see how factors such as device size and colour, before making the decision to buy it. Until then, you’d be happy enough to find a purry cat buddy in your room, all thanks to AR search on Google.