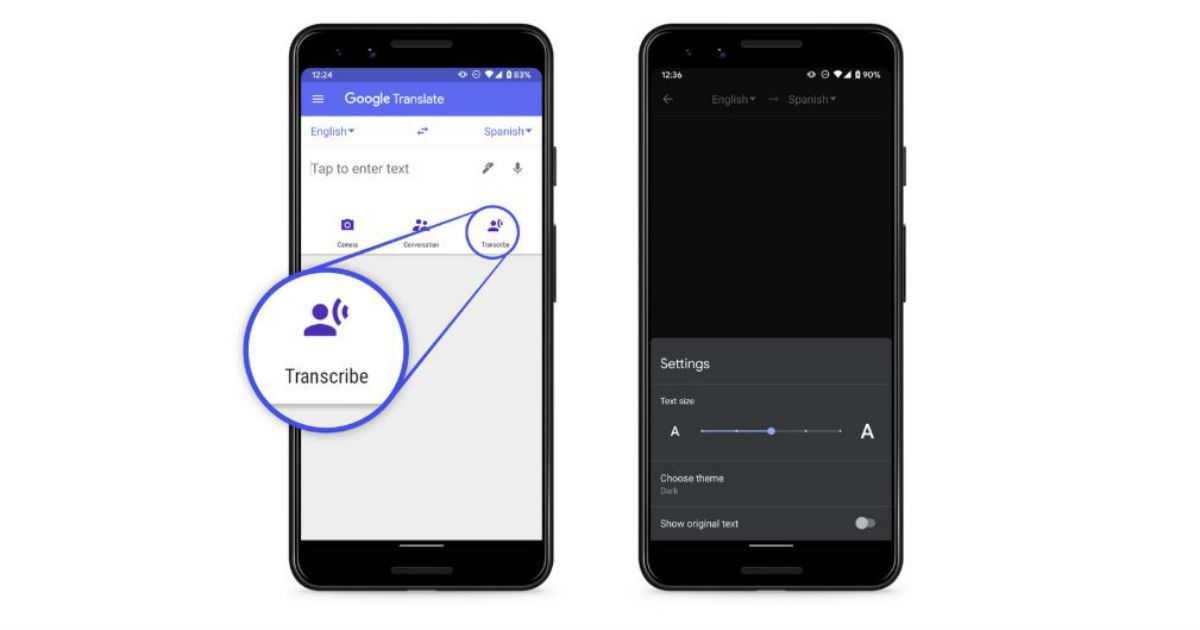 “The ‘transcribe’ feature in the Google Translate app for Android supports eight languages, including Hindi”

Google has introduced a new feature to its Google Translate app for Android, which lets users live transcribe conversations and speeches. The feature is aptly labelled ‘Transcribe’, and is presently available in eight international languages — English, French, German, Hindi, Portuguese, Russian, Spanish and Thai. Integrated into the app, the feature will record spoken words in any one of the supported languages and transcribes them into text for users to understand. Users also have a ‘conversations’ section in the Translate app, which can help two individuals without a common language converse through the app’s interface by live transcribing their speeches to one another.

To use the transcription feature, users are required to simply tap on the ‘transcribe’ button within the Google Translate app’s main screen, select the primary and target languages, and begin. Tapping on the mic icon in the transcription interface will also give users the option to either pause transcribing, or restart it altogether. Google has also included the option for users to adjust text size, use a dark theme for the app, and even see the transcribed copy in the original language. With all these features at hand, the Translate app seems like an excellent app for journalists, who often interact with people from across borders and languages.

We’re launching a Transcribe feature in Google Translate that can convert speech into another language as it’s happening. Starting in 8 languages, rolling out to Android today, more to come soon. #GoogleAIhttps://t.co/IMWjFgScVx

Sami Iqram, product manager at Google Translate, said in a blog post, “We’ll continue to make speech translations available in a variety of situations. Right now, the transcribe feature will work best in a quiet environment with one person speaking at a time. In other situations, the app will still do its best to provide the gist of what’s being said. Conversation mode in the app will continue to help you to have a back and forth translated conversation with someone.“

Google’s work on machine learning and natural language processing is not really new, and the company has been advertising its progress for quite some time now. Fellow technology giant Microsoft also offers a similar live transcription tool across languages within its collaboration tool Teams, within the Office 365 suite. However, with Teams being restricted only to subscribing enterprise users, Google Translate will likely be one of the first mainstream apps by a major company that enables cross-language live transcription on Android.