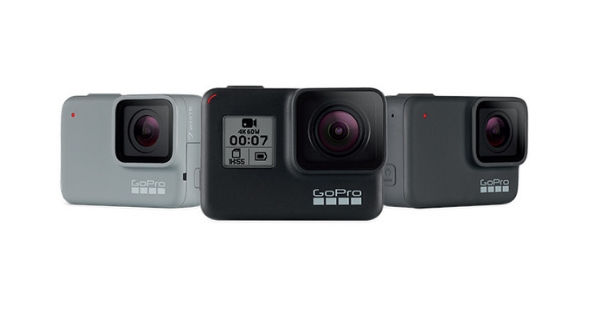 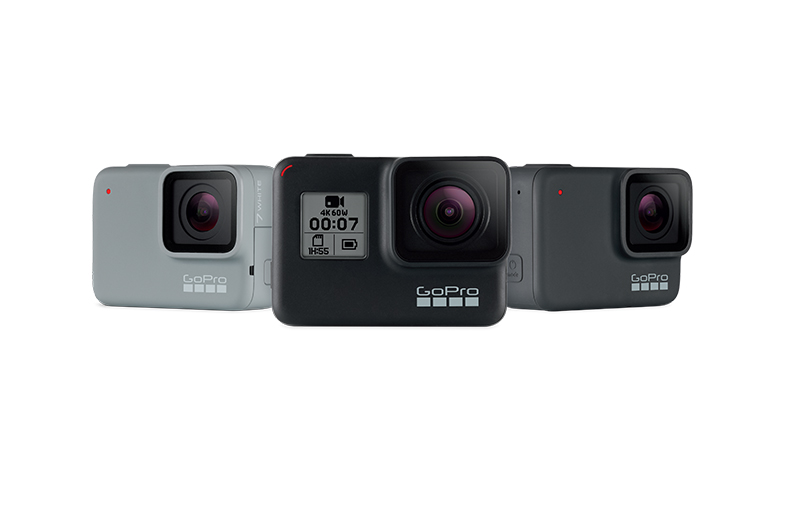 GoPro has just launched its latest action camera in the form of the HERO7 in India. The latest GoPro offering comes as a successor to the HERO6, which was launched in the country in September last year. The company’s latest camera comes in three different variants – the HERO7 Black, HERO7 Silver, and HERO7 White. Notably, the HERO7 Black model flaunts HyperSmooth, which the brand claims is the best in-camera video stabilisation ever featured in a camera.

Talking about the HERO7 Black first, the HyperSmooth feature onboard offers Gimbal-like video stabilisation. It’s worth mentioning that this feature also works underwater and in high-shock and wind situations where Gimbals fail. The HERO7 Black is the first GoPro to offer live streaming to social networking websites. There’s a new feature on board called TimeWarp Video, which offers super-stabilised time-lapse videos of your experiences at up to 30x speed. The device flaunts a 12MP sensor that can shoot 4K videos at 60fps and 8X slo-mo videos. The other features include voice command control, HDR, GPS, and a touch-enabled screen.

Moving on to the GoPro HERO7 Silver, the camera sports a 10MP sensor, which is capable of recording 4K videos at 30fps and 2X slo-mo videos. The GoPro HERO7 White gets a 10MP sensor with FHD recording support at 60fps and 2X slo-mo video recording. Both offer a water-resistant design, touch-enabled displays, and improved video stabilisation. These ones lack the HyperSmooth video stabilisation functionality. 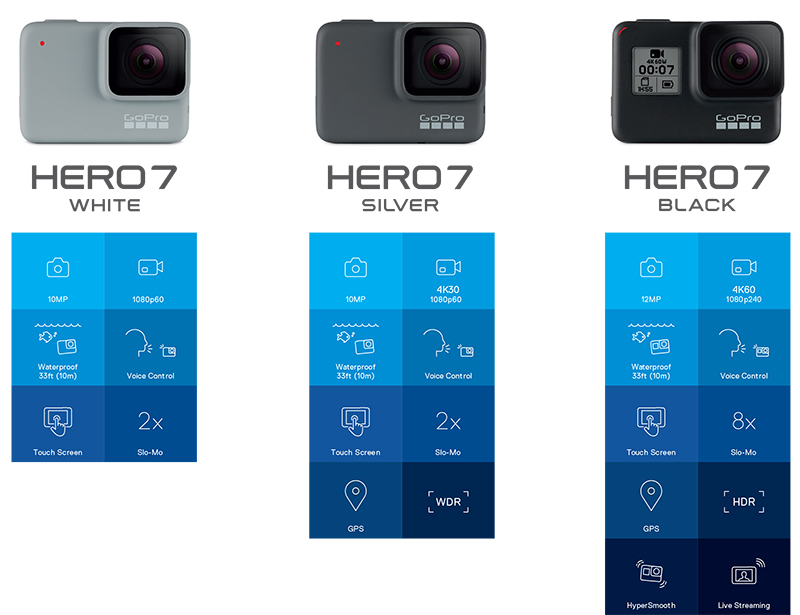 Talking about the pricing, the GoPro HERO7 Black is the most expensive of the lot at Rs 37,000. The HERO7 Silver is priced at Rs 28,000, while the HERO7 White will be available for Rs 19,000. They are available to pre-order via Amazon India, and will go on sale starting September 27th. During the pre-order period, Amazon is offering a cashback of Rs 1,500 as Amazon Pay balance, as well as a five percent discount on the purchases made via ICICI credit / debit cards.