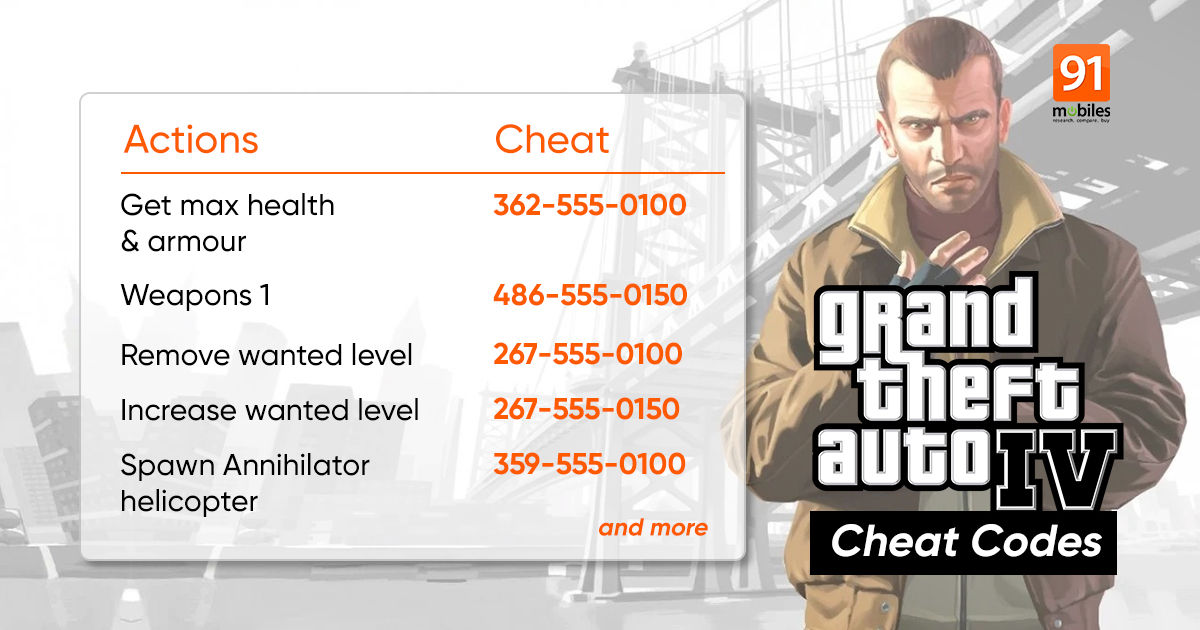 GTA 4 cheats: Grand Theft Auto 4 or GTA 4, like every other title from the GTA franchise, has a few tricks up its sleeves. Playing as Niko Bellic in Liberty City can be a herculean task, especially if you have to maneuver multiple challenges on the way. Niko is roaming around the city, having to battle with cops and the underworld criminals at the same time. So, the best way to tackle all of them is using powerful weapons and fast cars. GTA 4 offers loads of them and using GTA 4 cheat codes for PC can enhance the profile and armoury of your character in the game. Here’s a look at the full GTA 4 cheats that offer health, weapons, vehicles, and more.

GTA 4 cheat codes work on the PC, PlayStation, and Xbox versions of the game.

How to use GTA 4 cheats on PC

GTA 4 was the first time when GTA gamers relied on phone numbers to activate cheat codes on PC rather than key-in controls. This became possible with the introduction of the new in-game phone support. GTA 4 supports the in-game cellphone feature and the aforementioned cheat codes can be activated by dialing the number. The best thing is the dialed numbers remain on the cellphone so that you can use them later.

How to use GTA 4 cheats on PS3

The given phone numbers have to be dialed in using the in-game phone to activate GTA 4 cheat codes on PS3 console.

You can use the dial-in numbers from the given list and activate the GTA 4 cheat codes on Xbox 360 using the in-game phone support.

How to use GTA 4 cheat code to make money

Since there isn’t a dedicated GTA 4 cheat code for money, you need to rely on other methods. You just have to follow some basic instructions and be on the wrong side of the law to get it. Here’s what you got to do:

How to find secret areas in GTA 4

Head over to an internet cafe and use a computer to search for www.whattheydonotwantyoutoknow.com to get secret areas that are there on the map.

How to record video on GTA 4 on PC

Unlike the PS and Xbox version, PC users can press the F2 button on the keyboard to record 30 seconds of the game footage on your system hard drive.