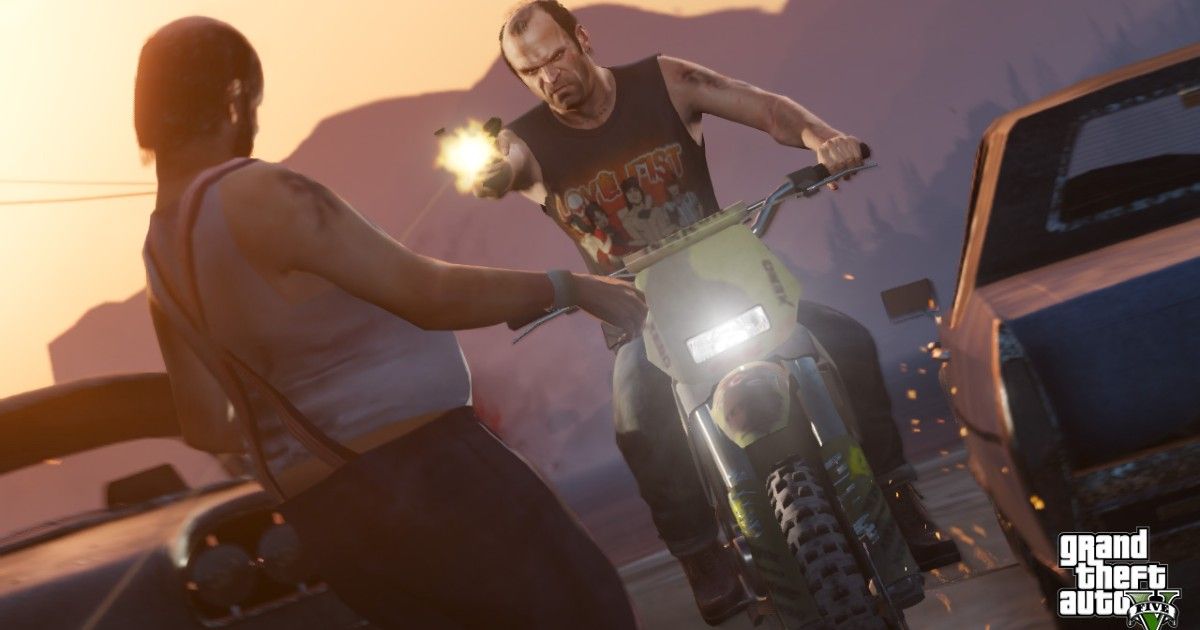 According to PCGamer, a GTAForums user called teapotuberhacker has leaked more than 90 videos from what they claim to be a test build of the upcoming Grand Theft Auto 6 aka GTA 6. Clips and screenshots from the said leak have now been shared all over Twitter and YouTube. While Rockstar has officially not confirmed whether these clips are from GTA 6, they seem to be pretty much what you would expect from the next GTA game. The massive GTA 6 leak also seems to be taken from a very early build of the game that is meant to be accessed only by developers.

In one video, a playable character called Lucia can be seen robbing a restaurant with her accomplice, Jason, which will remind you of Quentin Tarantino’s Pulp Fiction. Since the clip is probably from an early GTA 6 build, the NPCs resemble mannequins and the police car seems to be the same from GTA 5 with VCPD written on it. Besides these, there’s a clip of a random conversation in the game, which mentions “LifeInvader,” the parody social network from GTA 5. The voice acting and dialogues seem to be what you would expect from a GTA title. The leaker has also leaked a video of the strip club from GTA 6, which looks bigger and busier than the one in GTA 5.

To those who asked: There are several reasons this is a nightmare for Rockstar. One is that it’ll disrupt work for a while. Another is that it may lead management to limit work-from-home flexibility. The repercussions of this leak might not be clear for quite a while

Although Rockstar hasn’t made any statement regarding this massive leak, Bloomberg reporter Jason Schreier has confirmed with their Rockstar sources that the latest GTA 6 leak is real. Many details from the leak are pretty much in line with earlier leaks. The game is expected to be set in Vice City and many of the clips show Vice City banners in them. Besides these, the leak regarding a female playable character also checks out with the clip of Lucia robbing a restaurant. While it’s great for GTA fans to get a very early look at GTA 6, the leak is most likely a huge nightmare for Rockstar.