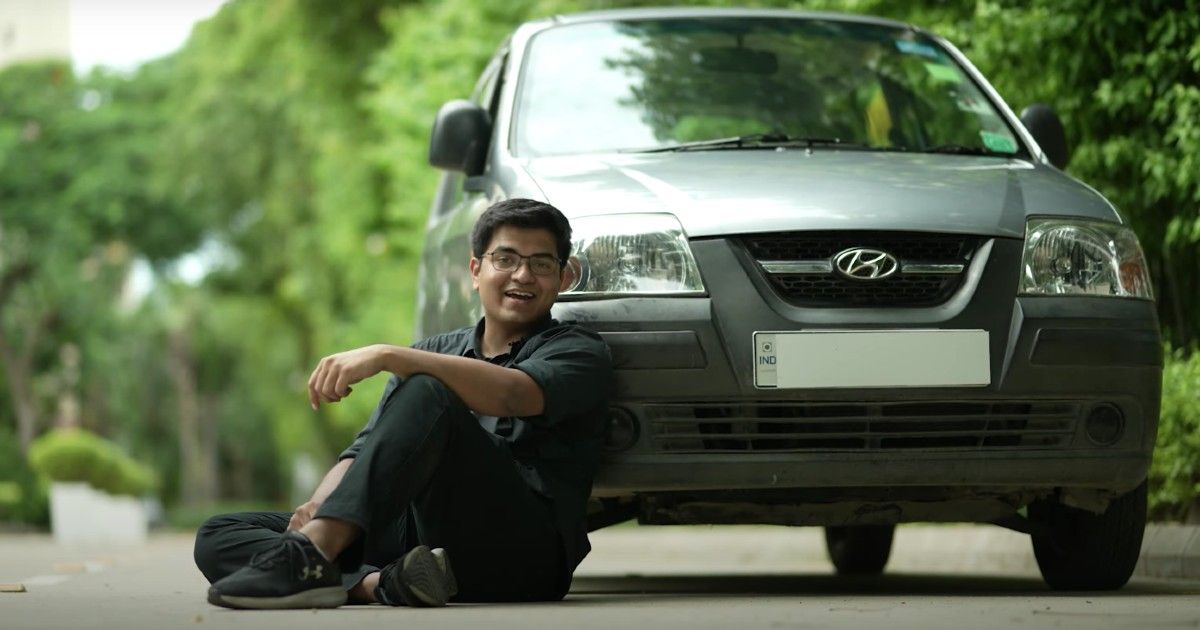 Mihir Vardhan, a Gurugram-based man converted his grandfather’s Hyundai Santro into an electric vehicle (EV) in just three days using just Rs 2.4 lakh. Such conversions are not new but the peculiar thing about Mihir’s conversion is the cost of conversion, which is comparatively quite inexpensive.

According to Mihir, his EV has a top speed of 60Km/h and a range of 80-90Km. Further as cheap as it could get, the car costs him less than ₹1/Km to run as he claims.

Mihir explained how he converted the car into an EV in a YouTube video following these steps. First, Mihir pulled out the top half of the engine i.e, cylinder head and the pistons to create an L-shaped motor mount. He then fixed it on the top of the remaining engine.

Tata confirms Tiago EV to launch in India soon, tipped to be one of India's cheapest EVs

He claimed that he removed only the top half of the engine instead of removing the whole engine as it saved him more time, effort and financial resources than what would have cost him otherwise. He further mentioned that this approach helped in giving the car power steering and air conditioning without any extra motors.

How is the converted EV operating?

Mihir mentioned that his EV is using a 6kW, 72V Brushless DC Electric motor (BLDC) which is connected to a 350A Kelly Controller. He claimed that a 72V 100Ah Lithium Ferrophosphate (LFP) battery can be further found in the trunk.

He further explained that an electric brake booster vacuum pump would be needed to reserve power braking. He mentioned that since he didn’t have an alternator in his Santro, he used a 72-12V DC-DC converter to bring the 72V from the LFP battery in the back down to 12V. This charged charge the lead acid battery which powered the central locks, power windows, and the car’s lights.

He also said that a larger motor and battery could further give an upper edge to the performance of the conversion, yet the present specifications also produce a perfect city car. Consequentially, Mihir received several praising comments from people across the country that called his conversion both environment and budget-friendly.