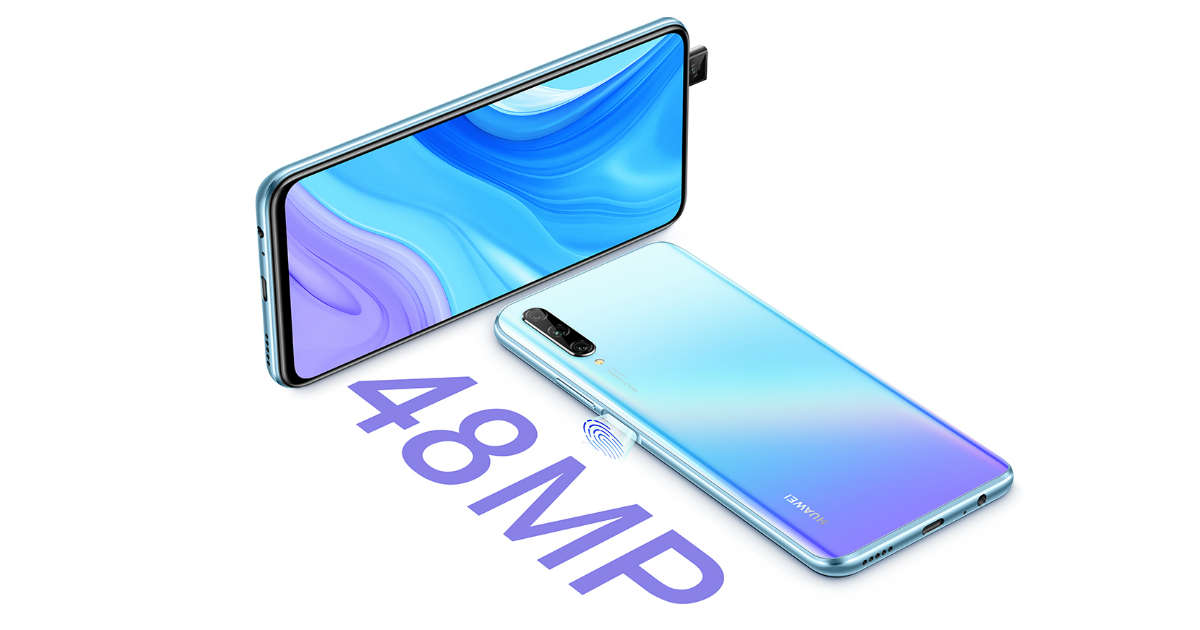 Huawei Y9s India launch is expected soon as the smartphone has been listed on the Amazon India website. The Y9s was unveiled in Iraq back in November as a mid-range smartphone with  specifications like a pop-up selfie camera, a 48MP triple rear camera setup and the Kirin 710F SoC. The listing on Amazon.in with complete specifications suggests Huawei is ready to officially announce the device for the Indian market. We don’t have a launch date yet, but you can expect it to release soon as brands have been eager to launch new devices in India. With e-commerce platforms now allowed to deliver non-essential products in the country, companies like Huawei, Realme, Xiaomi and other can launch new products this month. Apart from the Huawei Y9s, the company is also expected to launch the Watch GT 2e smartwatch and FreeBuds 3 earbuds in India.

Huawei Y9s has already been launched outside India, so its specifications are already confirmed. The smartphone sports a 6.59-inch FullView FHD+ LCD display with 1,080 x 2,340-pixel resolution, a pop-up selfie camera and a screen-to-body ratio of 91 percent. The handset is powered by an octa-core Kirin 710F processor paired with 6GB RAM and 128GB internal storage that is further expandable up to 512GB via microSD card. Unfortunately. the Huawei Y9s is listed on Amazon India with a dated Android 9 Pie software version. We expect the phone to comes with Google apps and Play Store access. Connectivity features include 4G LTE, Wi-Fi, Bluetooth, GPS, 3.5mm audio jack and USB Type-C port.

Huawei Y9s camera specifications include a 48-megapixel primary sensor with LED flash, an 8MP ultra-wide-angle lens, and a 2MP depth sensor on the back. For selfies and video chats, there is a 16MP sensor that’s hidden away in the pop-up mechanism. It has a side-mounted fingerprint sensor embedded in the power button for security. It houses a 4,000mAh battery and supports 10W fast-charging. Huawei is yet to announce the Y9s launch date and price in India.