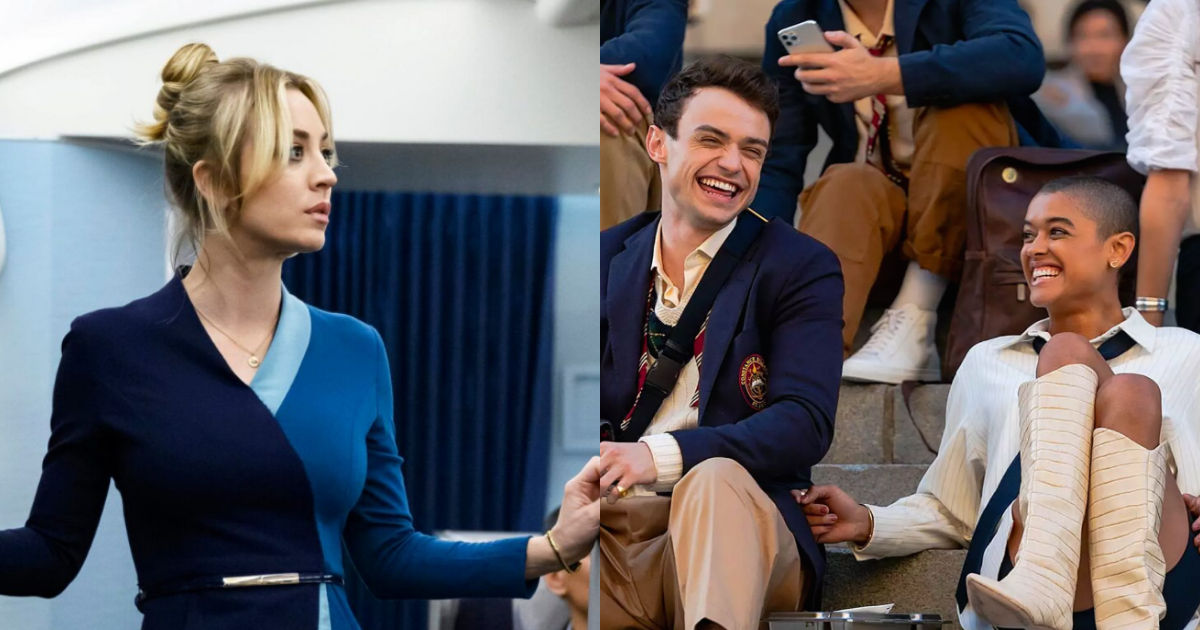 If you’ve been disappointed about not being able to watch shows that seemed exciting but were on HBO Max, you need not have to worry. HBO Max and Amazon.in have stuck a deal where Prime Videos get exclusive access to stream the former’s original TV shows and web series in India. The HBO Max Originals span several genres, including Kaley Cuoco’s dark comedy The Flight Attendant, DC series The Peacemaker, and And Just Like That... for those who miss the girls from Sex And The City. There is something for the crime aficionados, as Colin Firth’s The Staircase promises to be a riveting murder mystery. Here is a quick look at the HBO Max Originals shows coming to Amazon Prime Video:

A deliciously dark and taut comedy, The Flight Attendant sees Kaley Cuoco as a reckless flight attendant whose life changes in one night. She wakes up one morning with the body of a passenger lying next to her in a hotel room with his throat slit. Of course, events spiral out of control while she suffers from hazy flashbacks as she tries to piece together clues to solve the mystery. The show also stars TR Knight and Michiel Huisman. 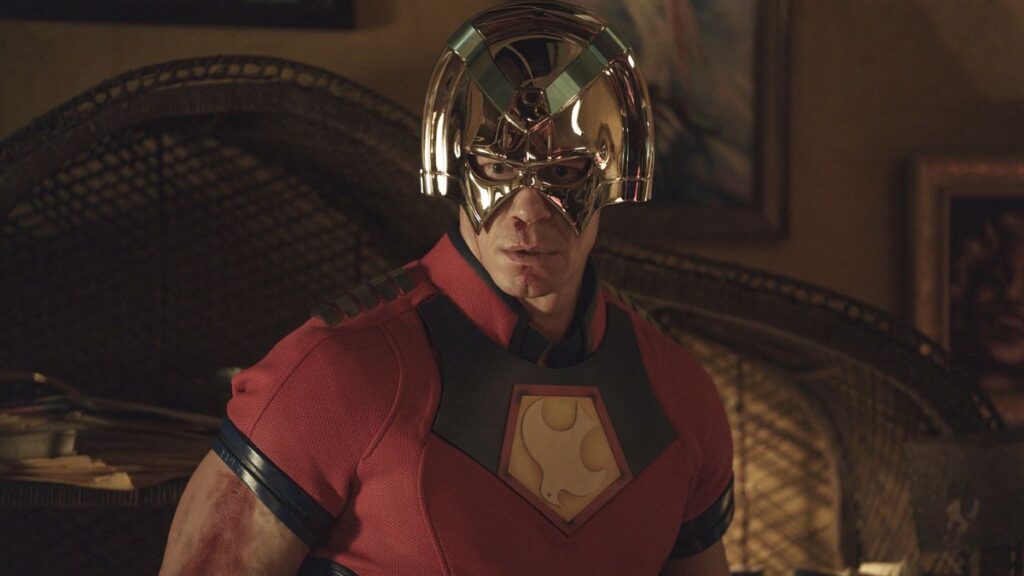 Picking up from James Gunn’s 2021 film Suicide Squad, Peacemaker is a spin-off on the character, played by John Cena. Conceived by Gunn, the show follows Christopher Smith/ Peacemaker as he recovers from the injuries from the film and joins a mysterious squad for a mission called ‘Project Butterfly’. Butterfly-like creatures that are parasitic in nature, have taken over humans, and the Peacemaker sets out to eliminate these threats. 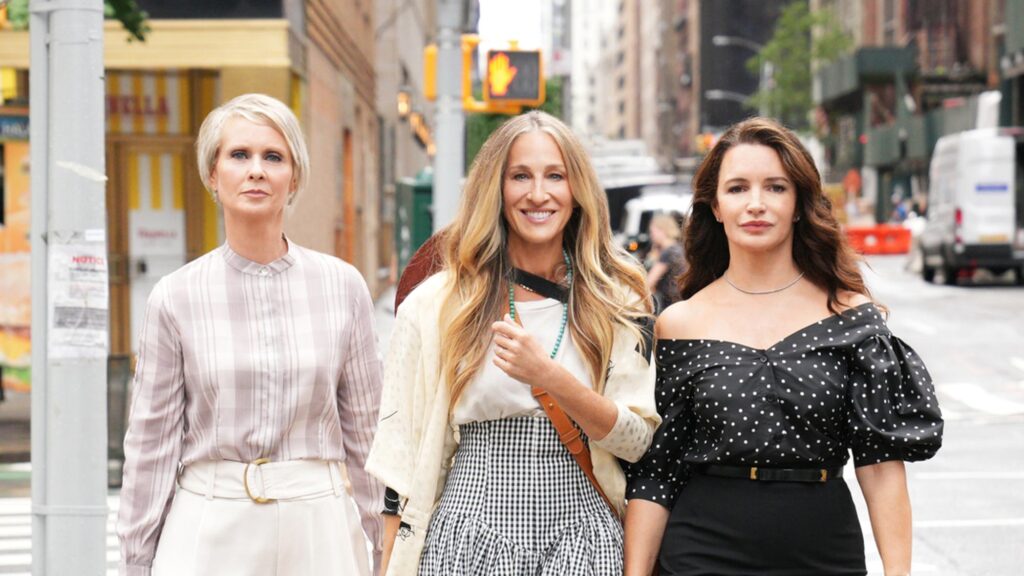 From being free-spirited women in their 30’s, the Sex And The City women are back to examine themselves, and their friendships in the 50s. This show is sans Kim Cattrall’s Samantha, however. Nevertheless, be prepared for a taste of the old fun, motherhood qualms, heartbreak and a lot of emotional outpouring. 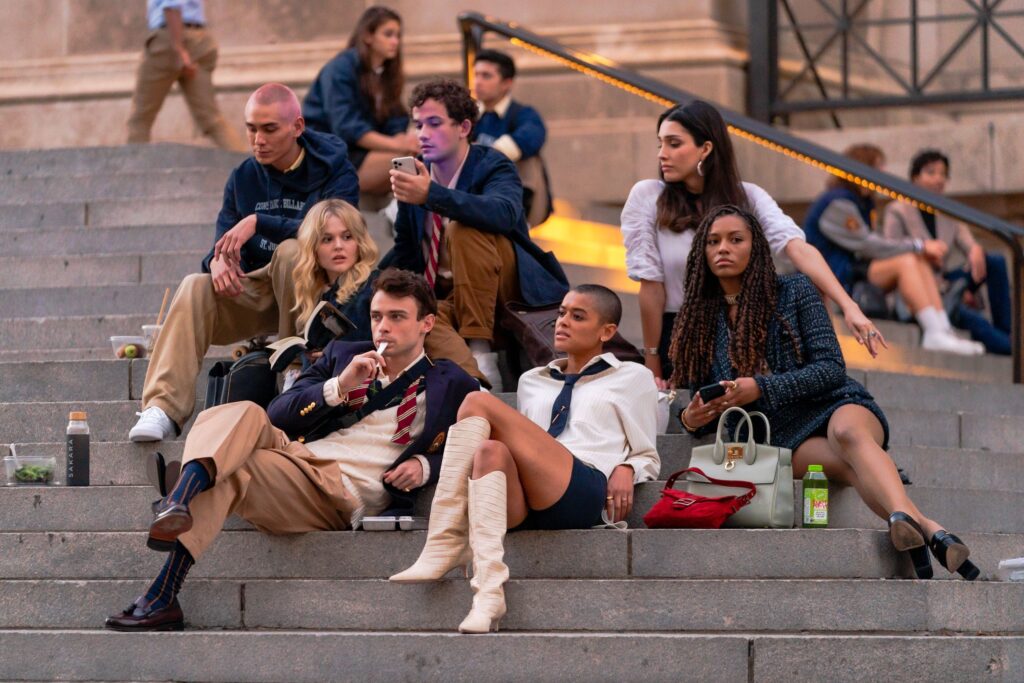 And the catty, keen and scandalous Gossip Girl is back—except, this time, the mysterious social surveillance is eyeing a new gang of American teenagers with their own overwhelming problems. The new series might not star the charismatic squad of Leighton Meester, Ed Westwick, Blake Lively, Penn Badgley and Chace Crawford, but the new batch, featuring Emily Alyn Lind, Thomas Doherty and Zion Moreno promises to be just as engaging.

The Sex Lives Of College Girls 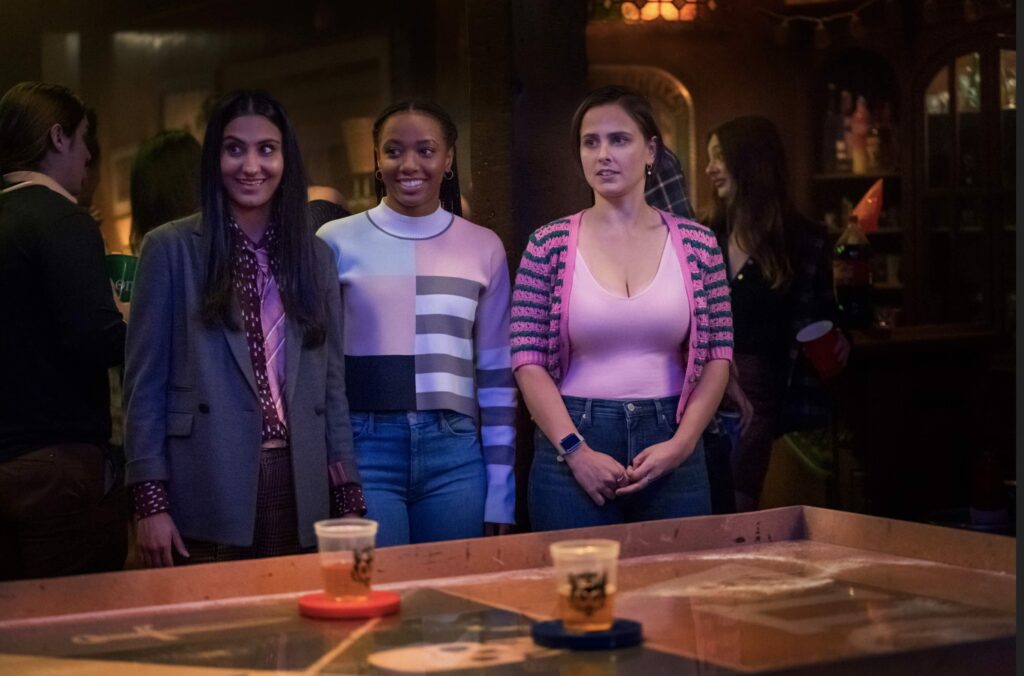 Created by Mindy Kaling (just in case the title didn’t give you a hint) and Justin Noble, the show chronicles the lives of four 18-year-old college roommates, who hide their sexually active lifestyles while battling their own hardships and struggles. The series stars Pauline Chalamet, Amrit Kaur, Renee Rapp and Alyah Chanelle Scot. 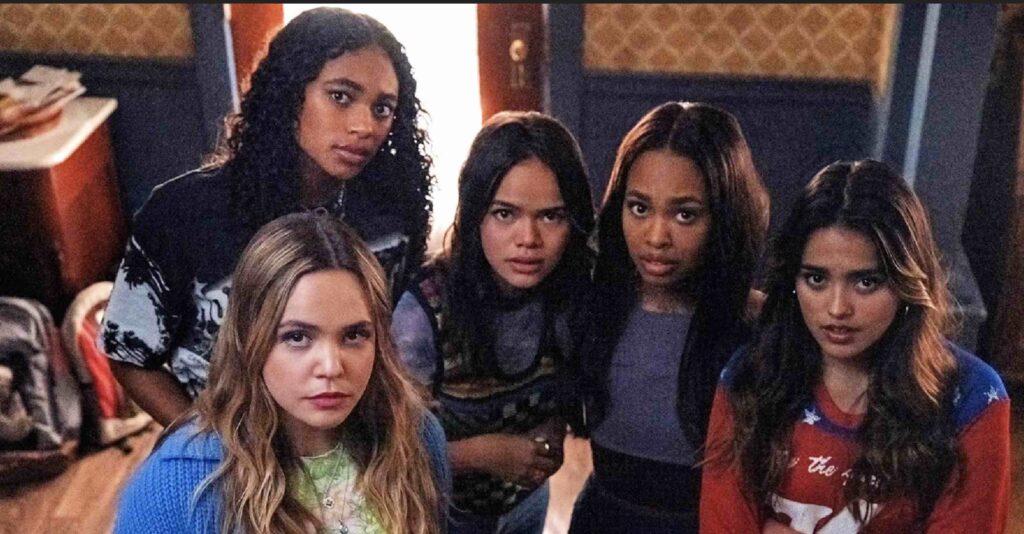 Twenty years after the horrific events of the original show, we see a new brand of ‘little liars’ (who term themselves so), they find themselves haunted by an assailant. This new attacker called ‘A’ promises to unleash some dark secrets and rip the town apart. Pretty  Little Liars: Original Sin stars Bailee Madison, Chandler Kinney, Maia Reficco and Zaria. 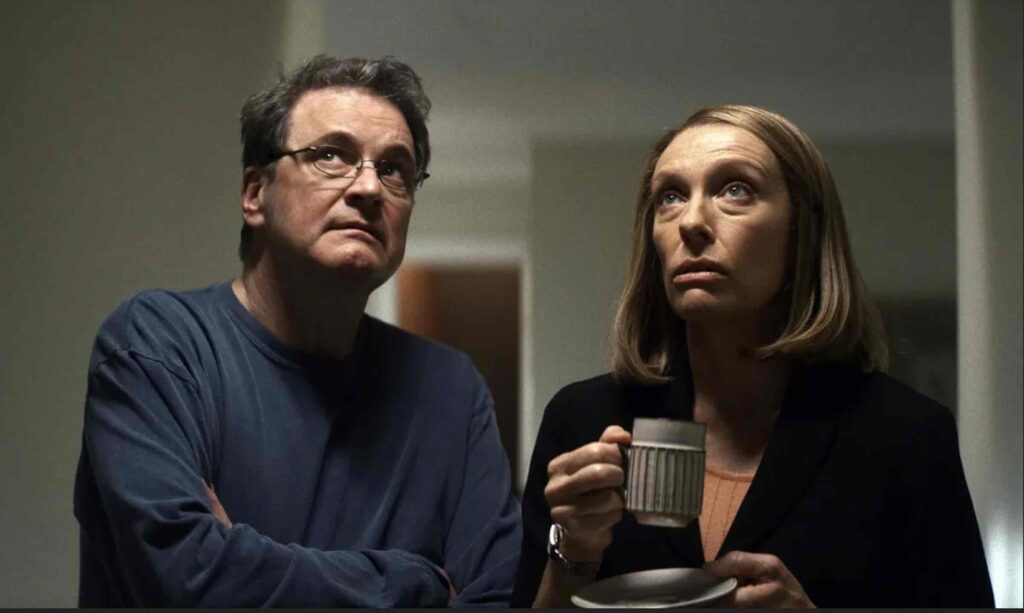 A gripping tale of crime, The Staircase follows the story of novelist Michael Peterson, who is accused of bludgeoning his wife Kathleen to death. The ensuing investigation leads the family into legal woes and more painful secrets are unearthed. The show stars Colin Firth, Toni Collette in the lead roles. 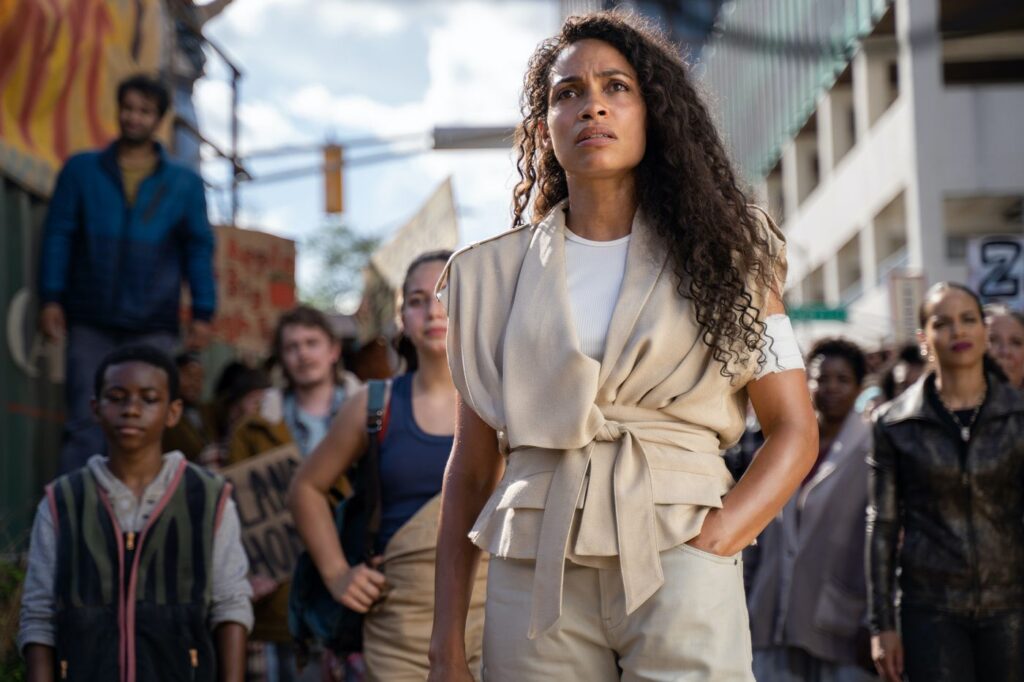 Manhattan becomes a demilitarised zone after Civil War breaks out in America, in DMZ. The dystopian series follows the story of an NYC medic, looking for her son, who had wandered off during the evacuation of Manhattan. DMZ stars Benjamin Bratt and Rosario Dawson in pivotal roles. 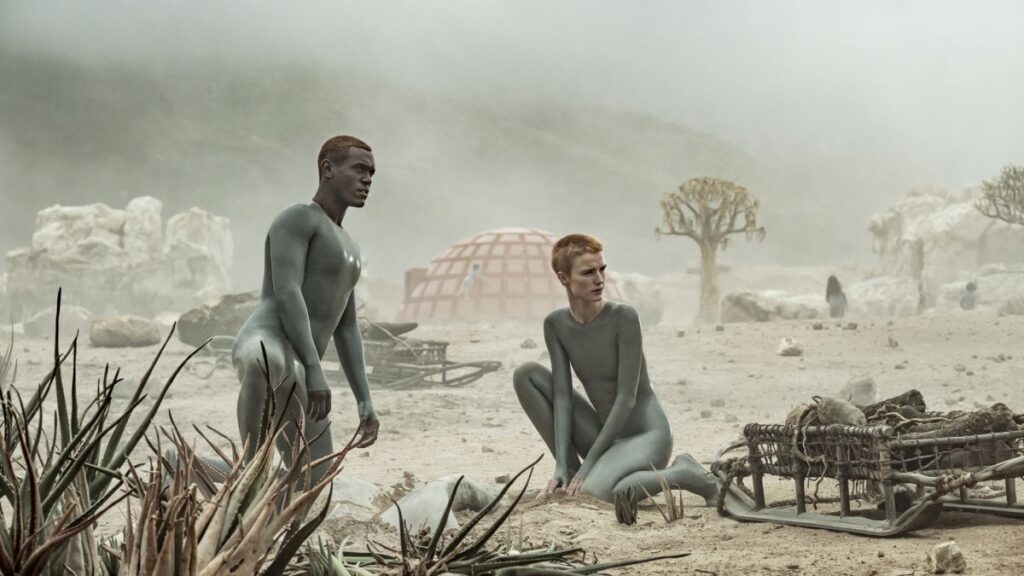 An engaging science fiction series, Raised By Wolves, focuses on two androids who are entrusted with raising human children on Kepler 22 b after Earth was annihilated by war. The colony of humans is on the verge of being ripped apart by religious differences, and the androids wonder how to control the humans.