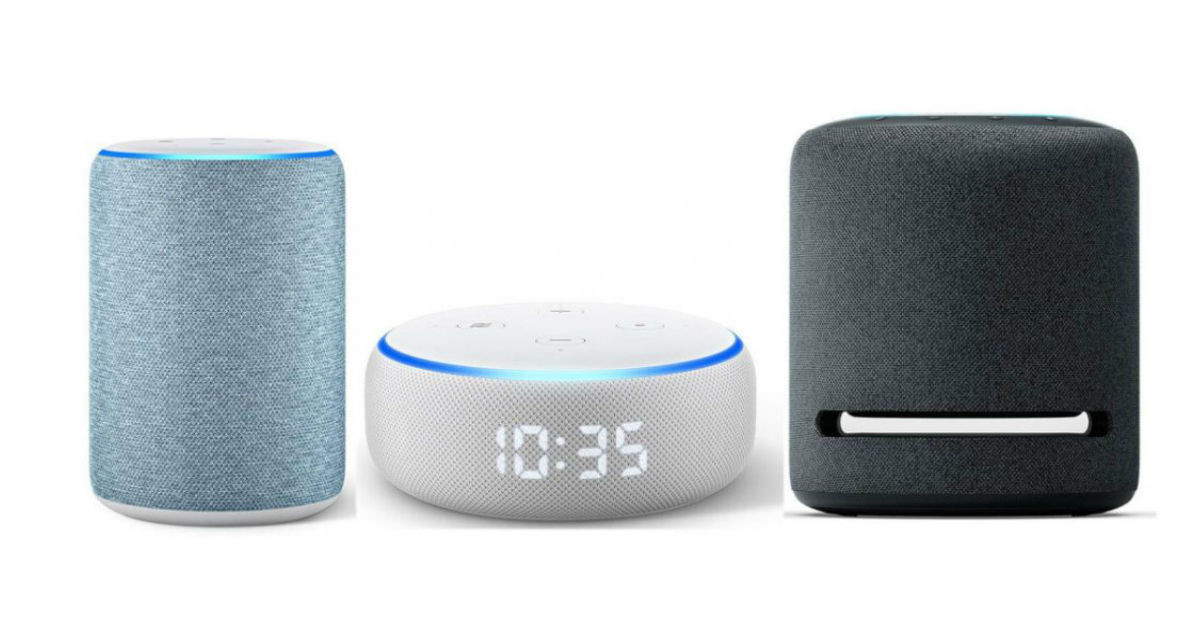 The new Amazon Echo 3rd gen smart speaker features a new fabric design and improved sound quality. It is powered by Dolby to play 360-degree audio and comes with a 2.5-inch woofer and 0.6-inch tweeters. The speaker can be used to control lights, plugs, and more compatible connected devices thanks to Alexa integration. There’s also a microphone on/off button that electronically disconnects the microphones. The Echo 3rd gen speaker can play music from Amazon Prime Music, Apple Music, JioSaavn, Gaana, and Hungama Music. The Amazon Echo 3rd Gen is priced at Rs 9,999 and comes in Blue, Black, Grey and White colour options. It is already up for pre-orders in India via Amazon.in and would ship starting October 16th. 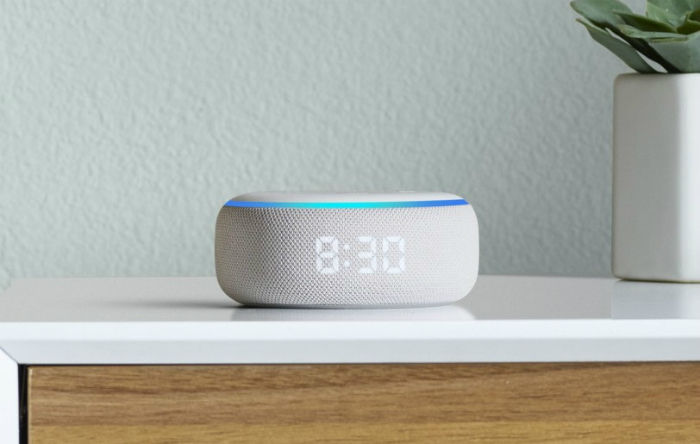 The Echo Dot speaker now rocks a digital clock on the front. The LED display can surface weather or timer when users request. The brightness can be adjusted according to the user’s preference or it automatically adjusts dynamically based on day or night. It also works with compatible smart home devices and has Alexa voice support with Skills as well. Echo Dot with the clock is priced at Rs 5,499 and will be available starting October 16th through Amazon.in. 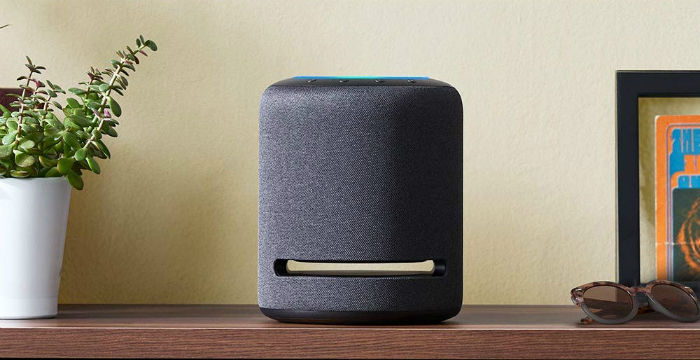 The Amazon Echo Studio is launched to rival Google’s Nest Max and Apple’s HomePod. It supports 3D audio and Dolby Atmos. It has five drivers, including 5.25-inch woofer, a 1-inch tweeter and three, 2-inch mid-range speakers. The Echo Studio features a 24-bit DAC and power amplifier with 100kHz bandwidth for high-res, lossless music playback. Users can also pair it with Fire TV Stick 4K for audio playback with multi-channel sound and control smart home devices. Echo Studio sets you back by Rs 22,999 and will be available from November 7th in India via Amazon.in. All the pre-orders get a free smart bulb and a smart plug at Rs 199. 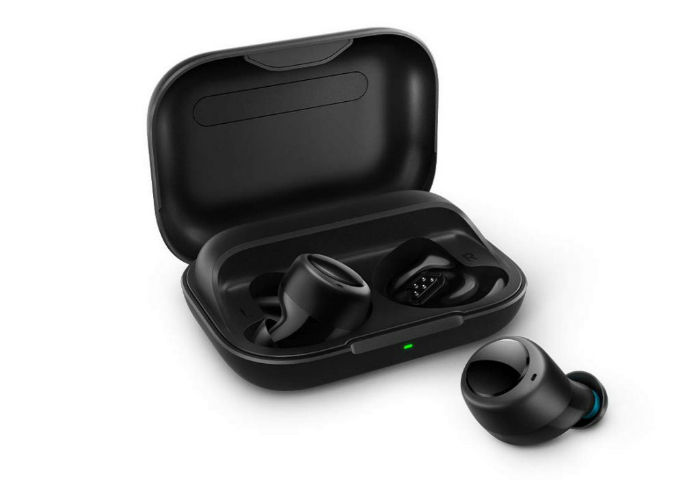 Jumping into the bandwagon of truly wireless earbuds, Amazon launched Echo Buds wireless earbuds. These come with Bose Active Noise reduction technology and also brings hands-free Alexa support. It is claimed to deliver crisp and dynamic audio. The Echo Buds said to offer up to 5 hours music playback on a single charge, up to 2 hours with a 15-min quick charge, and up to 20 hours with the charging case. These are rated IPX4 for sweat-resistance. The earbuds also include the ability to mute the mic with the Alexa app. Echo Buds wireless earbuds cost $129 (around Rs 9,300) and will be available from October 30th. 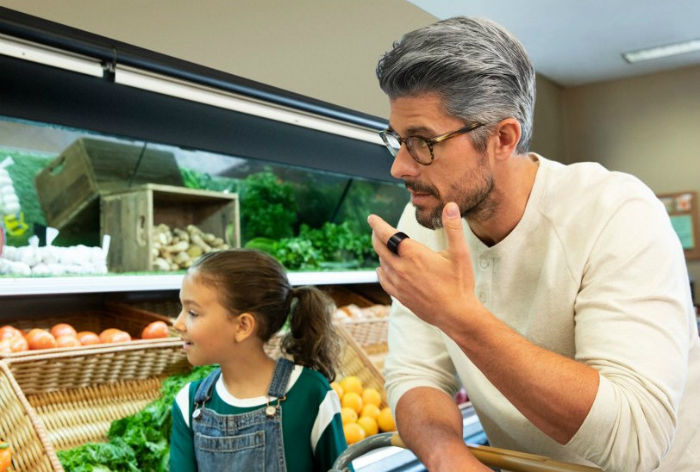 The Amazon Echo Loop Smart ring has support for Alexa and it works as a shortcut to take calls, faster replies to queries, and comes with two microphones. The Amazon Echo Loop is scratch-resistant, water-resistant, and is claimed to offer all-day battery backup. There’s an action button to trigger Alexa. Echo Loop smart ring comes in black colour and titanium finish and is priced at $129.99 (around Rs 9,300). The ring would ship later this year. 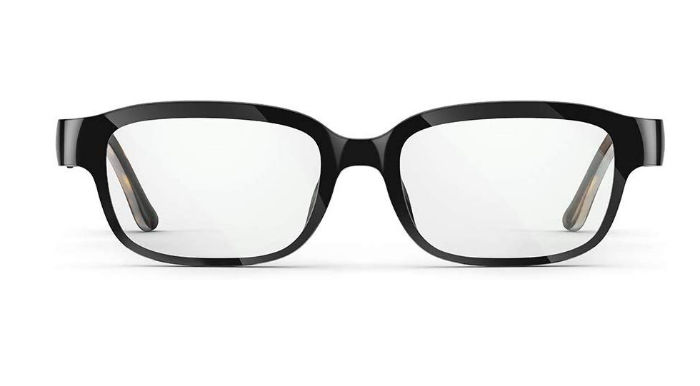 The Amazon Echo Frames glasses offers hands-free access to Alexa that allow users to make calls, set reminders, add to your to-do lists, listen to podcasts, and even control your smart home devices. These are also compatible with most prescription lenses. Users can also customise which notifications to receive from contacts and apps. The Amazon open-ear technology pushes the sound directly to ears, thereby minimising what others can hear. The Frames also support Google Assistant from a compatible device. The microphones are designed to only respond to the voice of the person wearing the frames and one can turn it off with a double-press of a button. Echo Frames costs $179.99 (around Rs 12,800) and will be available only on invitation later this year. 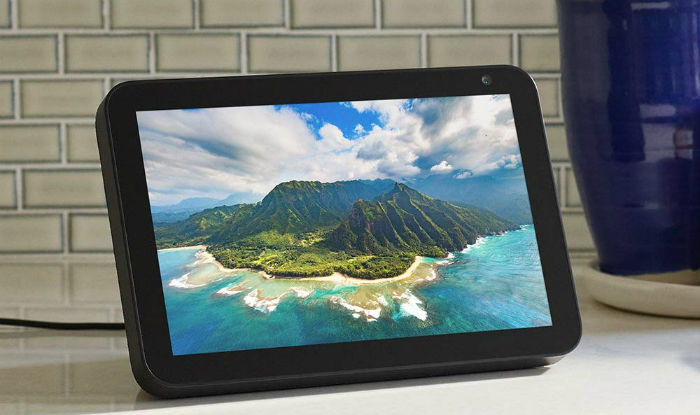 The Amazon Echo Show 8 as the name suggests sports an 8-inch HD display and built-in camera shutter. The smart display supports stereo sound and Alexa can play movie trailers, TV shows, movies, or the news. Users can call friends and make announcements to other devices in the home. Using voice-control, smart home devices can be controlled. Like the Google Smart Display, it can surface Amazon photo albums, customise the home screen and create morning routines. It can display weather and traffic details at a glance. There’s a built-in shutter to cover the camera. The Amazon Echo Show 8 smart display is priced at $129.99 (around Rs 9,300) and will go on sale from  November 21st. 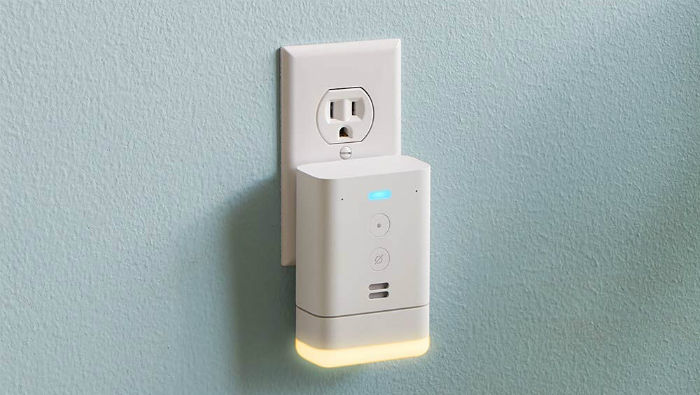 Echo Flex is a plug-in smart speaker that can be connected to any outlet. It can be controlled via voice commands for news, weather, traffic and more. Users can also control smart home devices like turning on lights, adjust thermostats, lock doors, and more. There’s also a built-in USB port which can be used to charge smartphones or power night-light accessories. One can make announcements to other compatible Echo devices. Echo Flex sets you back by $24.99 (around Rs 1,800) and will be available from November 14th. 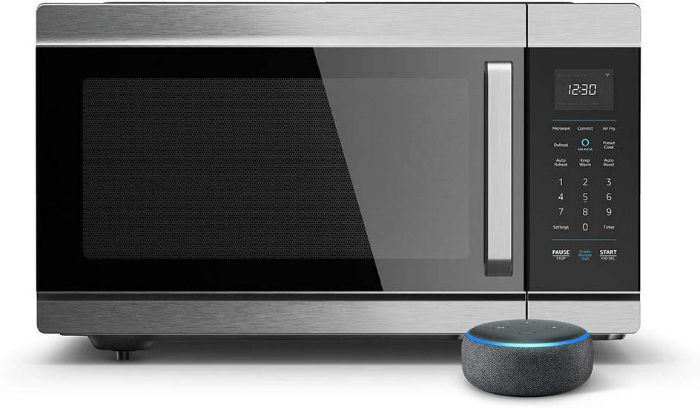 Amazon Echo Glow is night-time accessory that can change colours and flash to music. Users can set sleep timers, create a digital campfire light. On the other hand, Amazon also introduced a new Alexa-powered oven that can perform tasks like preheating the oven, start or stop the cooking, and more. Users can even scan the barcodes on food items and Alexa will automatically suggest cooking times. 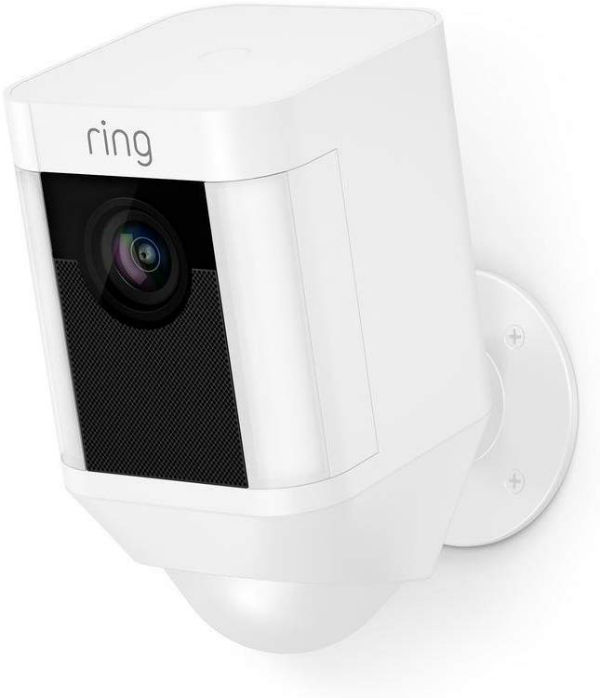 Lastly, Amazon launched a new Ring indoor camera and according to the company, it can be attached to the wall outlet, or it can run on battery. It supports Alexa’s new “Home mode” that disables video recording when prompted. It even works with your current home security kits, including window sensors.

Over 100 million Alexa-powered devices have been sold, Amazon executive claims