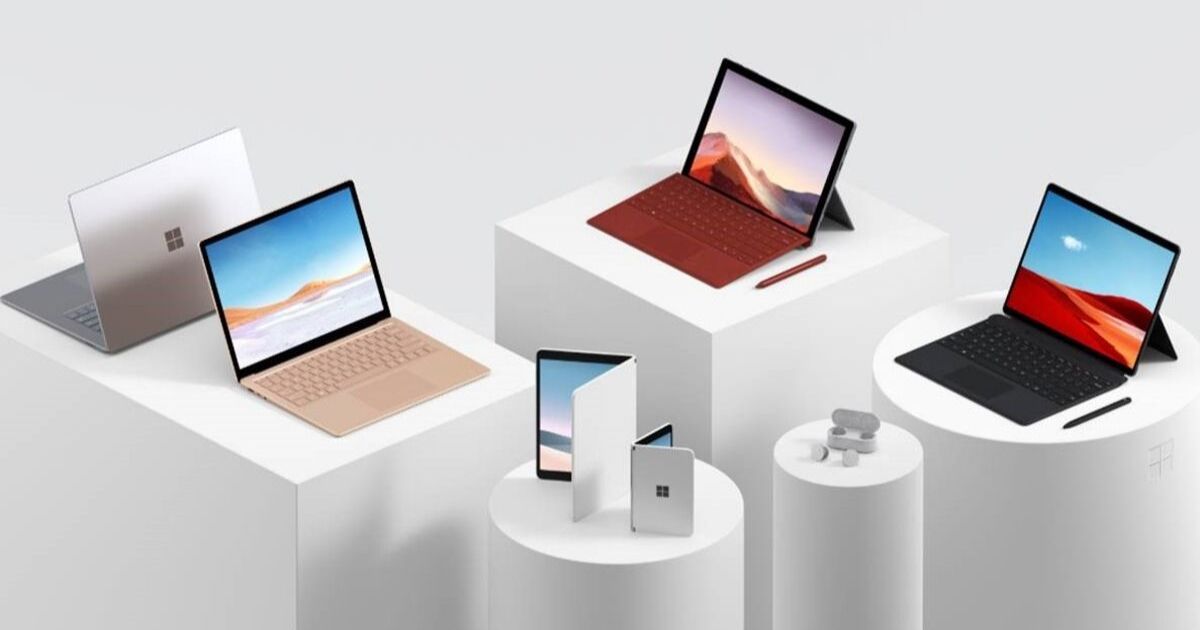 Home News Here are all the Surface devices that Microsoft announced at its October...

During the Surface event held in New York, Microsoft unveiled several devices ranging from new 2-in-1s to truly wireless earbuds. The company announced successors to the Surface Pro and Surface Laptop lineup. The Microsoft Surface Pro 7 is the latest 2-in-1 device from the company, whereas the Surface Laptop 3 is its newest ultra-portable. Alongside these, we also saw the announcement of some dual-screen devices such as the Surface Duo, which could be the company’s first foldable smartphone. Let’s take a look at all the things Microsoft announced at the event. 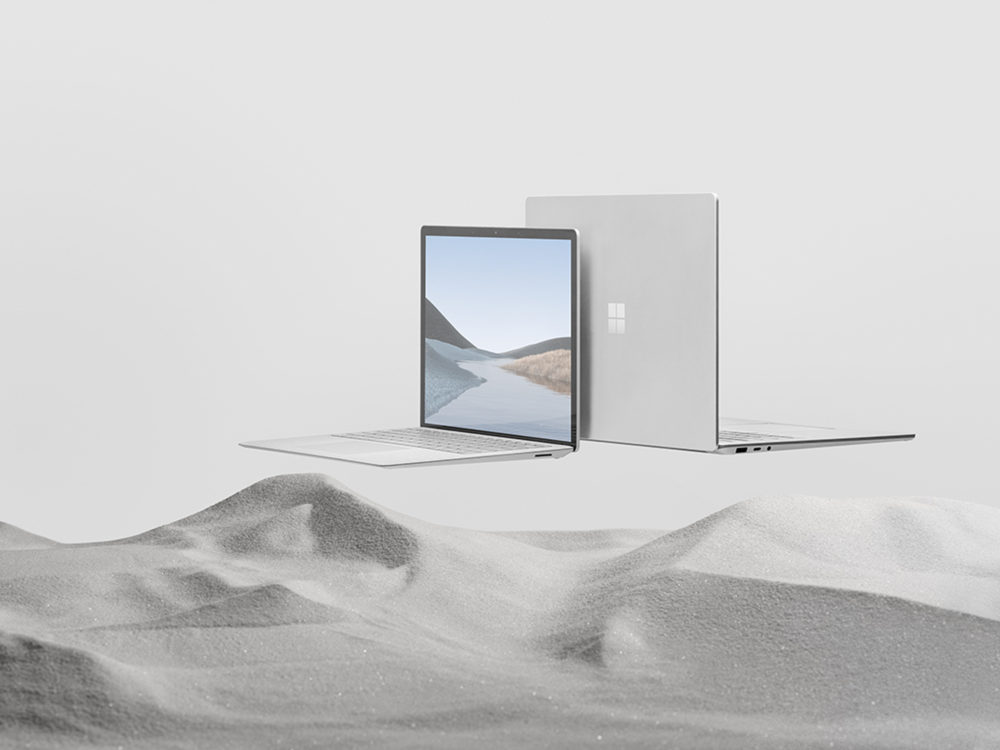 Microsoft announced the Surface Laptop 3, which is now available in two display sizes, at the event. Users can opt for a 13-inch model or go in for the larger 15-inch display. The former comes with the latest 10th generation Intel Core processors, Iris Plus Graphics, and can be configured with up to 16GB RAM and 1TB removable NVME SSD. On the other hand, the latter can be purchased with up to AMD Ryzen 7 chipsets, Vega 11 graphics, up to 32GB RAM, and 512GB SSD. Both variants get a 20 percent larger trackpad, USB Type C port with fast charging, improved webcam, OmniSonic speakers, and can last up to 11.5 hours on a single charge. Both the 13-inch and 15-inch Surface Laptop 3 will be available starting October 22nd with prices starting at $999 (about Rs 71,000) and $1199 (roughly Rs 85,000), respectively.

The Surface Pro 7 finally comes with an USB Type-C port. It features a 12.3-inch display with 2736 x 1824 pixels resolution and 3:2 aspect ratio. The device can be configured with up to 10th Generation Intel Core i7-1065G7 chipset with Intel Iris Plus graphics. This can be coupled with up to 16GB RAM and 1TB of SSD storage. Microsoft has reduced the bezels on the Surface Pro 7 and included a 5-megapixel front camera. At the back, the device has an 8-megapixel sensor. Microsoft claims that the 2-in-1 can provide up to 10.5 hours of battery life and charges from 0 to 80 percent in just an hour.

Microsoft will launch the Surface Pro 7 on October 22nd and it will start at $749 (about Rs 53,000). The Signature Type Cover, Surface Pen, and Surface Arc Mouse will all cost extra. The device will be available in Matte Black and Platinum colour options, but more colours would be added in the future. 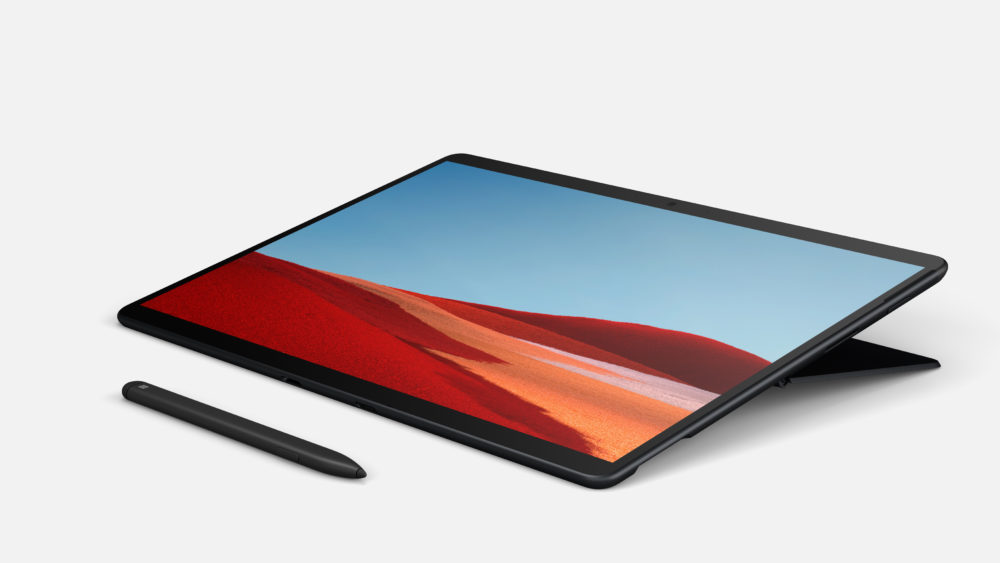 The Surface Pro X is an ARM-based tablet that comes with a 13-inch display with 2880 x 1920 pixels resolution and 3:2 aspect ratio. It has slimmer bezels than the Surface Pro 7 and is powered by the Microsoft SQ1 chipset, which was developed in collaboration with Qualcomm. The chipset is based on the Snapdragon 8cx processor and is paired with an Adreno 685 iGPU. The Pro X can be configured with up to 16GB RAM and 512GB removable SSD. It gets a 5-megapixel front facing camera, and a 10-megapixel rear mounted sensor.

According to Microsoft, the Surface Pro X can last up to 13 hours on a single charge. It also offers USB Type-C port, in-built LTE, and fast charging. The 2-in-1 will start at $999 (about Rs 71,000) and will be available for purchase in November. 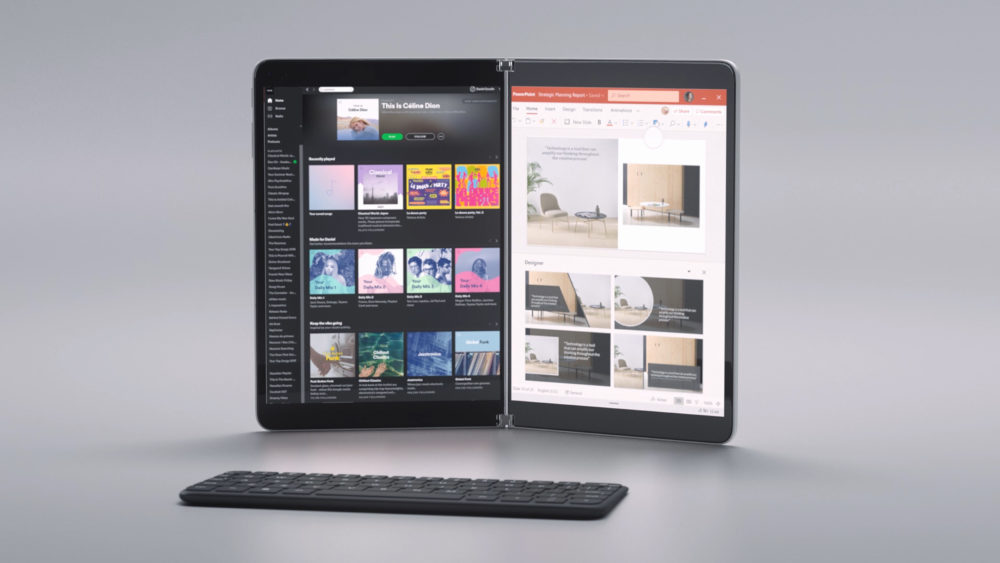 Next up, the foldable tablet device from Microsoft, known as Surface Neo. This has a similar hinge as the Surface Duo, but offers larger 9-inch display on each side. When the device is folded out, users will be greeted by a 13-inch display, with some bezel in between. The Neo has a 360 degree hinge, allowing it to be folded out or in. It can also be used as a laptop and is super thin at 5.6mm when in the open state. It is powered by Intel Lakefield chipset and can be used with an attachable keyboard, Bluetooth mouse, and the Surface Pen. The Surface Neo will use a custom version of Windows called Windows 10X and will be available next year.

Along with the foldable devices, Microsoft unveiled a new custom OS called Windows 10X. This operating system is designed for devices with dual-displays and foldable displays and will not be available for other Windows laptops or tablets. It gets a new Start Menu, which will provide easier access to apps and other tools. The first devices powered by Windows 10X will be available in fall 2020. Microsoft has partnered with brands such as ASUS, Dell, HP and Lenovo to bring devices running the new OS. 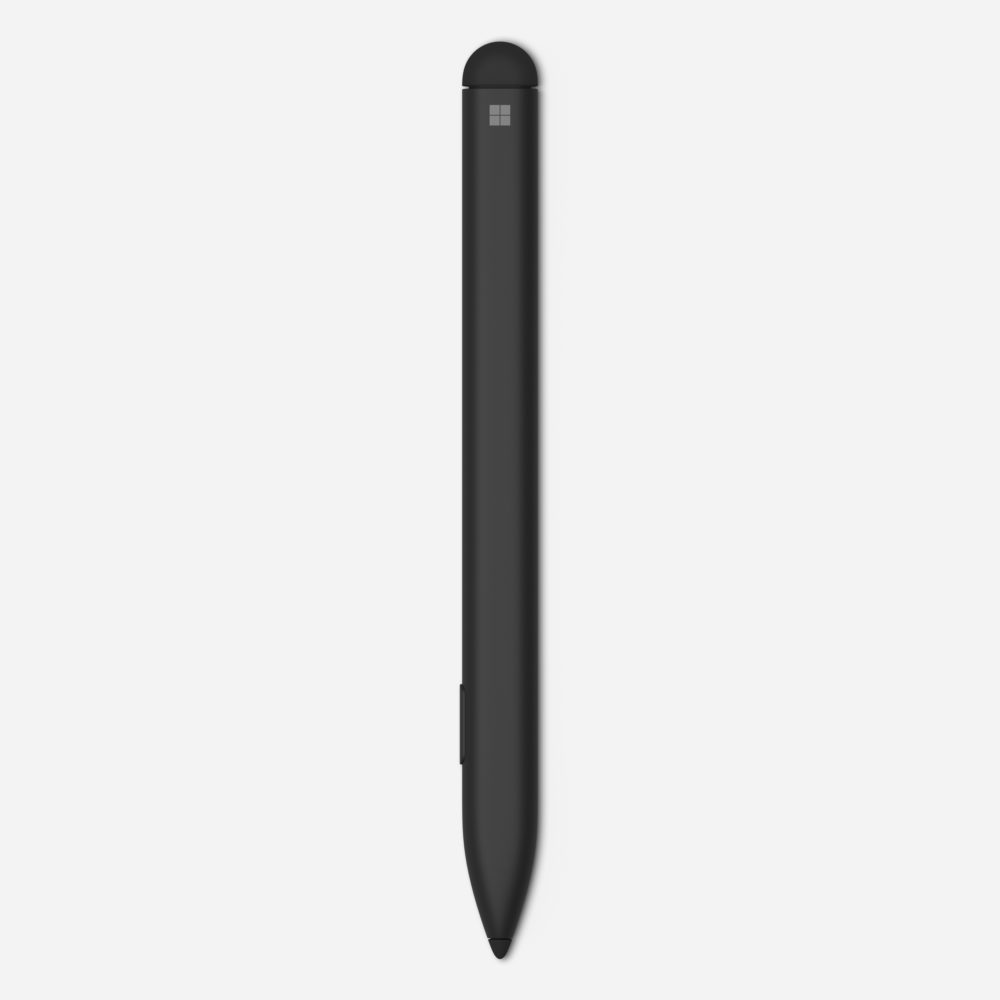 Microsoft also unveiled a new Surface Slim Pen, which features a flat design. It is compatible with Surface Pro 3 and later, the new Surface Neo, and the Hub 2S. The Pen gets a USB Type-C charging base and can also connect to the Surface Pro X Type Cover. It will be sold for $144.99 (approximately Rs 10,000). The company also announced its first pair of truly wireless earbuds called the Surface Earbuds. These earbuds have a unique design and offer full touch interaction. Microsoft claims that it can be worn all day long without any discomfort and offers up to 24 hours of usage with the included charging case. Each earbud has dual microphones, which offers great call quality. It can also sync with Microsoft Office and the touch area can be used to change slides with PowerPoint. The Surface Earbuds carry a price tag of $249 (Rs 17,500) and will be available by the end of this year.

And that’s all the new products that Microsoft launched at its Surface Event!