91mobiles.com
Home News Here is why Google, Mozilla, and Microsoft developers have been exchanging cakes... 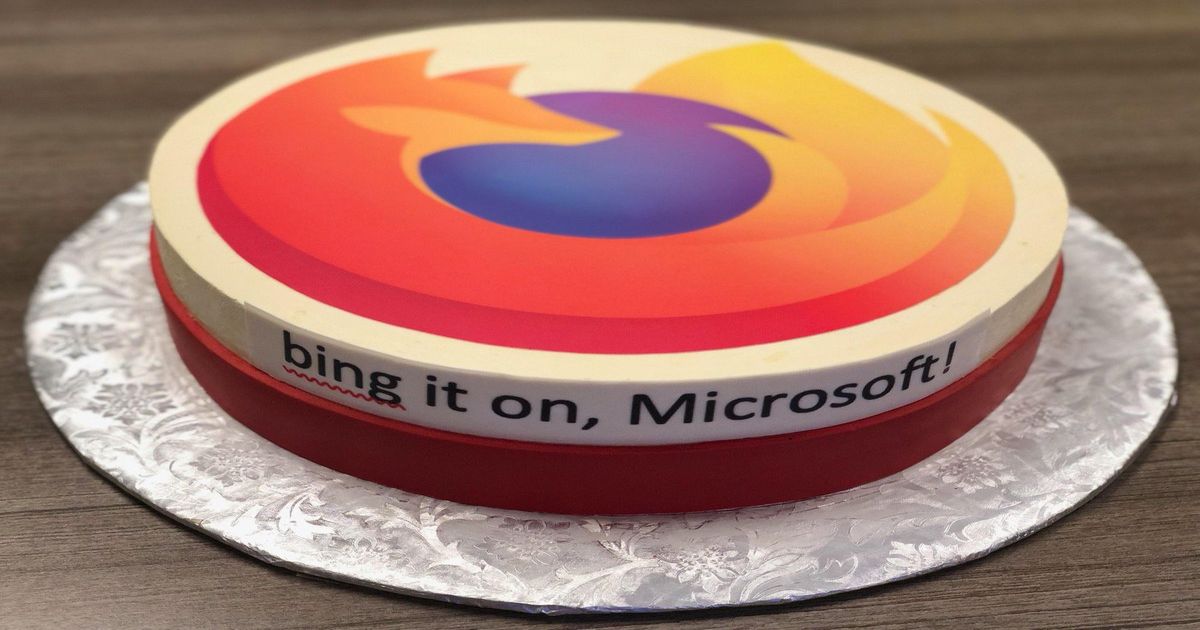 “Developers of Mozilla Firefox and Google Chrome have sent a cake to Microsoft following the launch of the new Chromium-based Edge browser.”

They say that the life of a developer can get pretty boring. After all, they have to write gazillion lines of codes to develop the software that makes our lives, well, easier than what it used to be. That said, there’s no stopping the developers from having some fun, now and then. The developers of the top-of-the-line internet browsers like the Mozilla Firefox, Google Chrome, and Internet Explorer also have a pretty interesting tradition – they send out cakes to each other every year, “anniversary cakes” to be precise. Following the tradition, the developers of Mozilla Firefox and Google Chrome have sent cakes to Microsoft on the launch of the new Chromium-based Edge browser.

What a year it's been! Thanks so much to @ChromiumDev for the warm welcome to the Chromium community, and for making today a treat! 🍰

Big shout out to you all, our #EdgeInsiders and web devs, for your support along the way. 🙌 pic.twitter.com/o0rebubXwS

The tradition is not a new one by any means. As a matter of fact, it has a 14-year long history, and it all started when Microsoft’s Internet Explorer team sent the first cake to those at Mozilla after the launch of Firefox 2 in 2006. The team continued doing that, and it received the return gift when Internet Explorer 10 was launched in 2012 – the Firefox people also joined in. Sounds fun, right? Well, this time, Microsoft has received a couple of cakes – the one sent by Google reads” “Welcome to Chromium” because, well, why not? Mozilla’s cake, on the other hand, reads, “Bing it on, Microsoft!” (noticed the pun here? Read again, in case you did not.)

As far as Microsoft’s new Edge browser is concerned, it is based on Chromium, and it runs on both Windows and Mac. The company unveiled it on January 15. In case you want to download the browser, keep in mind that it will replace the legacy version of the Microsoft Edge browser on your Windows 10-powered PC. Addressing the launch, Microsoft said, “We adopted the Chromium open-source project in the development of the new Microsoft Edge to create better web compatibility for our customers, and less fragmentation of the web for all web developers.”

Though Google Chrome is still the most popular internet browsers out there, Microsoft’s Edge browser appears to be catching up owing to swift updates and continuous bug fixes. We can only hope and wish that it keeps getting better.