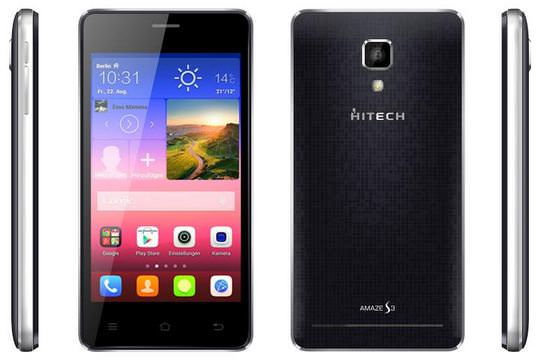 “The Hitech Amaze S3 is an entry-level Android phone with a 4-inch display, dual-SIM and 3G”

Hitech, a lesser-known brand in the Indian smartphone arena has launched its latest Android device. The vendor has released the Hitech Amaze S3 for Rs 2,998, touted to be the most affordable quad-core smartphone in the country.

The Hitech Amaze S3 utilises a quad-core processor with a clock-speed of 1.2GHz, further supported by 512MB of RAM. The smartphone runs Android 4.4 KitKat and houses 4GB of internal memory, which can be further increased via a microSD card. The phone features a 4-inch IPS display, a 5MP primary camera with an LED flash, a 1.3MP secondary shooter, 3G, dual-SIM, and a 1,500mAh battery.

At this price point, the Hitech Amaze S3 will be up against the likes of the Lava Iris X1 Mini, Micromax Bolt Q324, Intex Aqua N7, and Karbonn Titanium S99, all of which offer 4-inch displays, quad-core processors, 3G connectivity, and are priced below Rs 4,000.