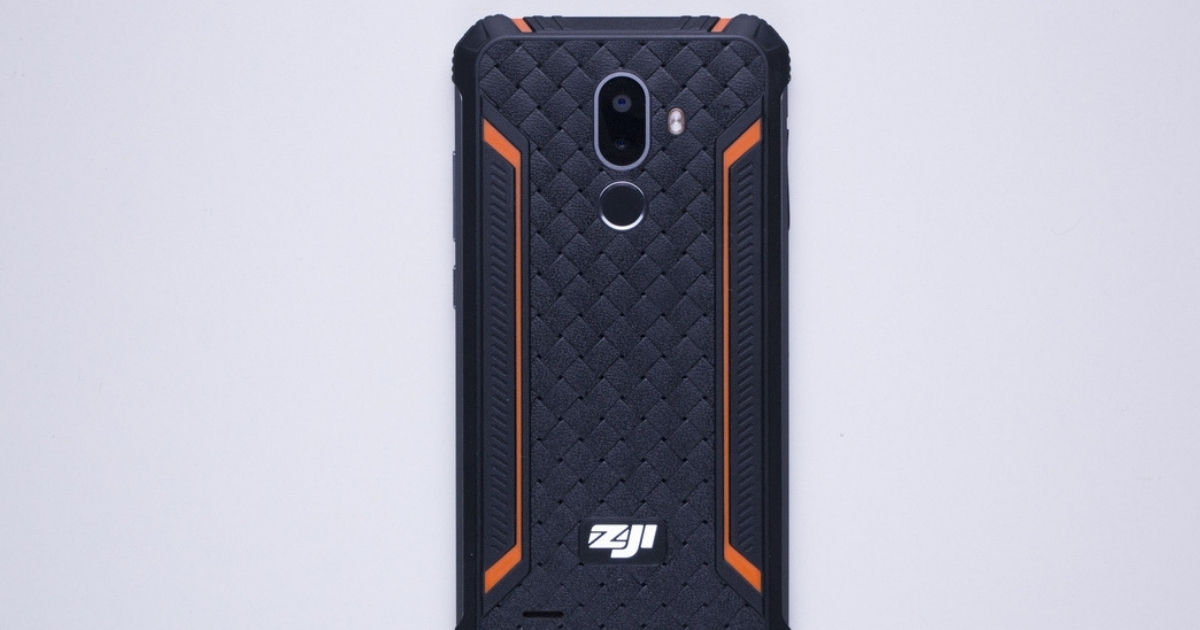 Before I start my first impressions of the HOMTOM Zoji Z33, I want you to take a breather and let these numbers by Business Insider sink in.

You’re more likely to break your smartphone than win a lottery. So what do you do? You buy a case and slap it on, but even then your smartphone is not safe. That’s where rugged smartphones that have been designed specifically to withstand such abuse come in. Some examples of such phones off the top of my head are Samsung Galaxy S Active series, CAT series of smartphones and Doogee S90 (first impressions). However, all these smartphones have one thing in common – a hefty price tag. This is where the HOMTOM Zoji Z33 comes into the picture as the most durable smartphone available under Rs 15,000. I used the smartphone for a short while and here’s how I feel about it. 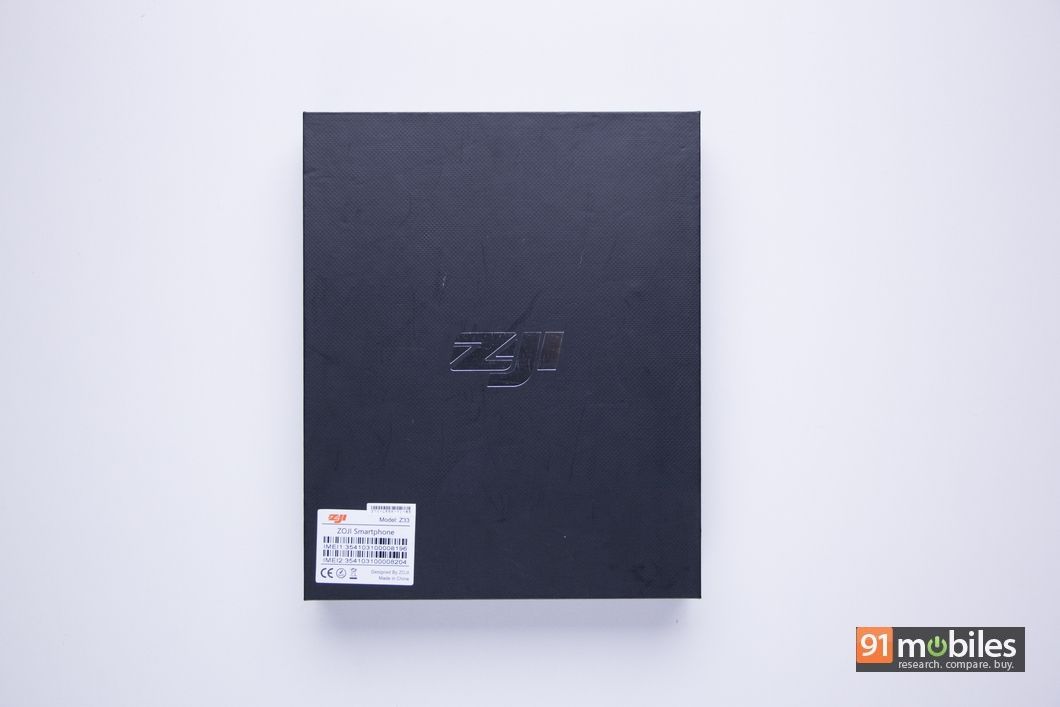 Steve Jobs once said, “Packaging can be theatre, it can create a story.” HOMTOM gets the packaging part right with a square black box with minimal branding. Remove the lid and you will see the Zoji Z33 wrapped in plastic on a tray. Below the smartphone are the accessories which include the wall charger, a bright red USB Type-C cable, a Type-C to 3.5mm dongle and another dongle for Type-C to full-size USB for data transfer. As is the case with all affordable smartphones, Zoji Z33 doesn’t get a pair of earphones in the packaging. However, props to the brand for pre-applying a screen protector on the device and providing an extra screen protector in the box. 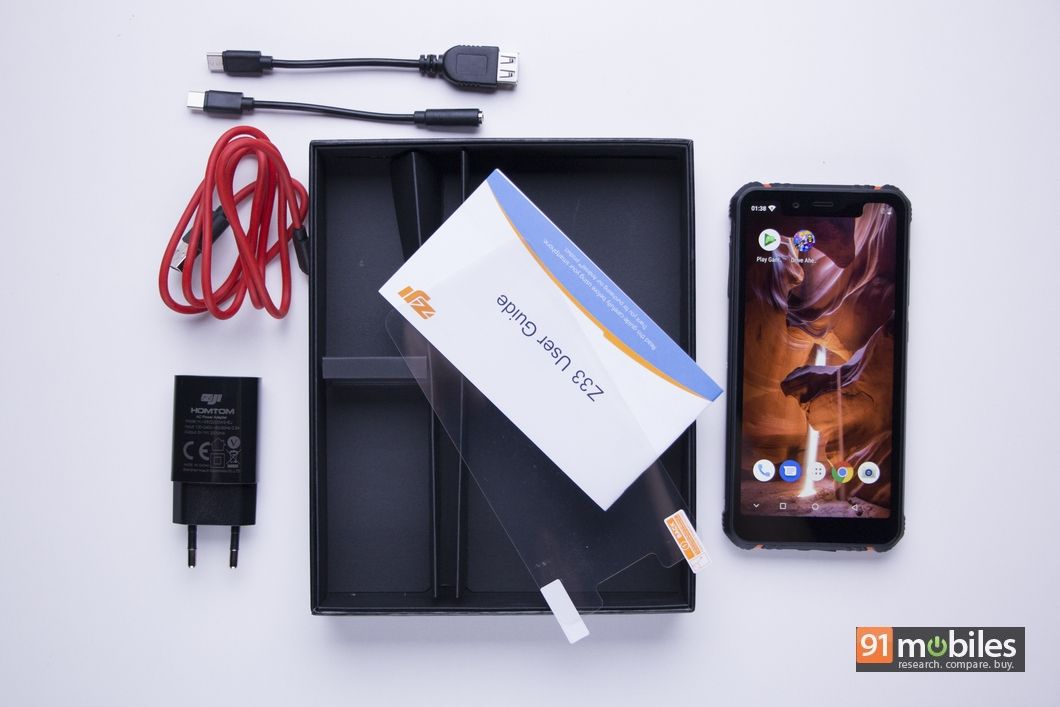 The Zoji Z33 itself has an intimidating appearance thanks to the rugged build and also has a confidence-inducing heft to it. The smartphone is crafted out of strong polycarbonate in its entirety, and the chassis is secured by three screws on either side. The phone boasts an IP68 certification, which makes it impervious to water, dust and drops. The rear panel has an interesting cross-weave design, which lends the smartphone a unique character. Adding fun to the design, there is orange trim running along the sides on the back as well as top and bottom edge. The design reminds me slightly of the Doogee S90, which has a similar colour scheme. The rear panel is home to a dual camera module, fingerprint scanner, dual tone LED flash and loudspeaker grille. You will find the physical buttons on the right edge, hybrid dual-SIM slot on the left and USB Type-C with a single mic on the bottom. The SIM slot on the eft and the Type-C port on the bottom are covered by rubber flaps that keep dust and water out. There is no 3.5mm audio jack on the smartphone.

Coming to the fascia of the Zoji Z33, the smartphone comes equipped with a 5.85-inch display with 19:9 aspect ratio, HD+ screen resolution and Corning Gorilla Glass. However despite being a 19:9 screen, the display appears to be smaller than it actually is because of extremely rounded corners, large bezels and a sizeable notch on the top with a lot of wasted space. The saving grace is the quality of the visuals as the display produces sharp texts, punchy colours and ample brightness. For some reason, HOMTOM has excluded the option to hide the notch, so if you are not a fan of the display notch there is nothing you can do about it. 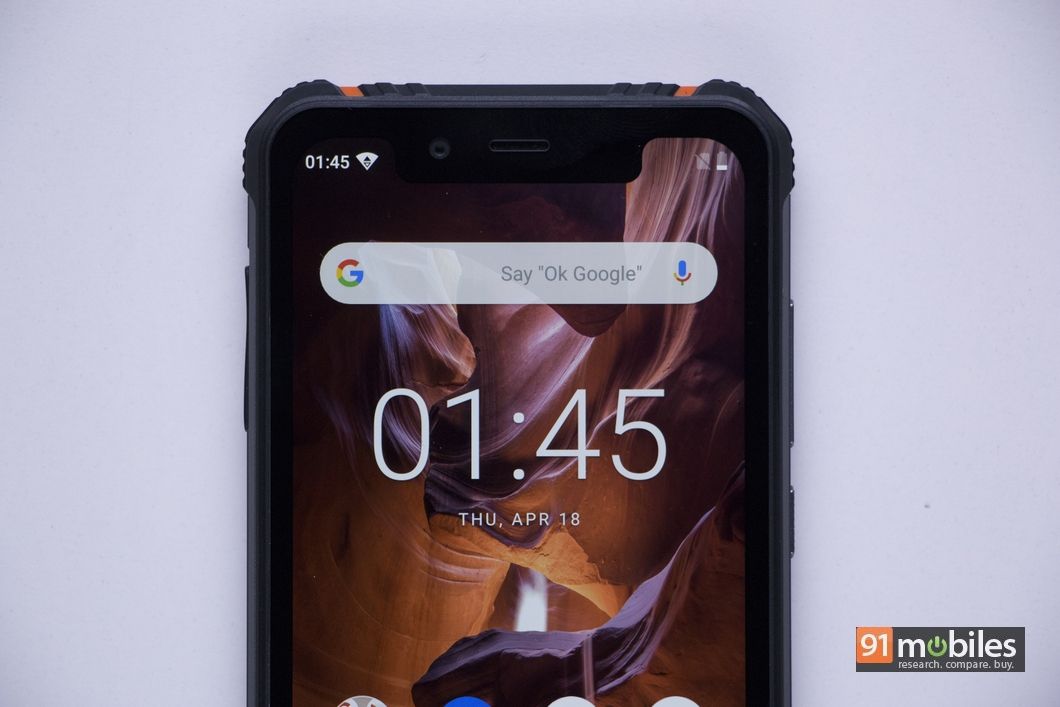 As we move to the performance aspect of the Zoji Z33, allow me to come clean. I didn’t really have high hopes from the Zoji Z33 considering that the smartphone comes powered by a dated 1.3GHz quad-core MediaTek MT6739 processor. During my short stint with the smartphone, I did experience a slight lag and stuttering animations. The chipset is backed by 3GB RAM and 32GB storage, which can be expanded further to 256GB. There is also the Hotknot OTG feature, which allows users to connect flash drives using the dongle provided in the box. Of the onboard storage, 24.2GB is available to the user. The smartphone boots Android 8.1 Oreo in its stock variation out of the box and is powered by a beefy 4,600mAh battery. 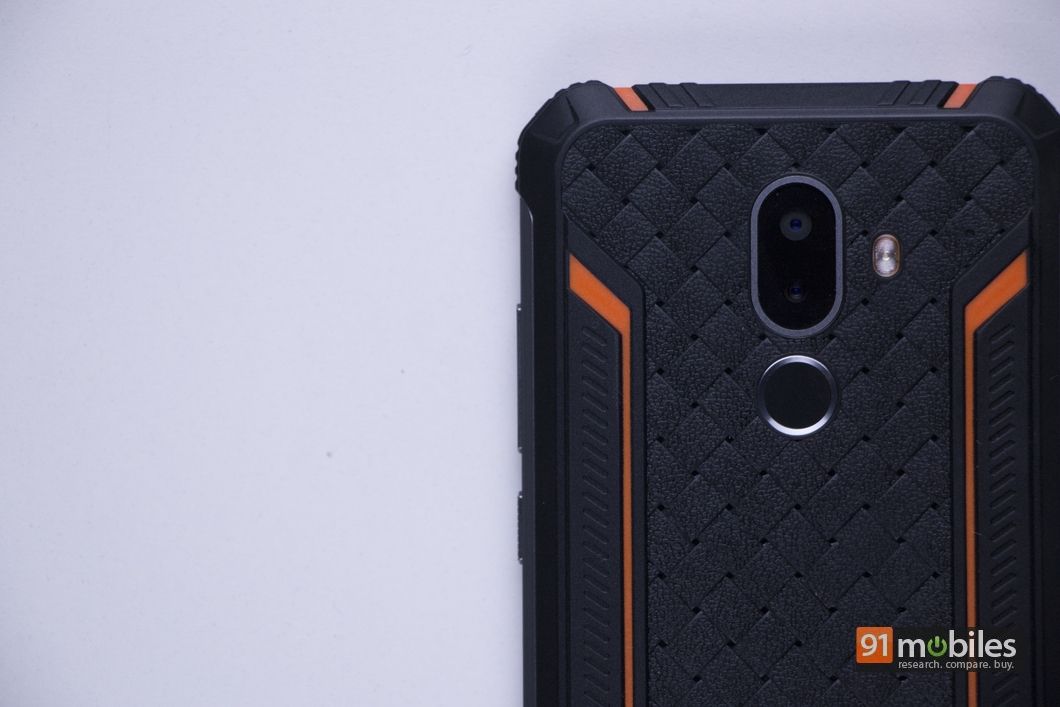 Let’s talk about cameras. The HOMTOM Zoji Z33 features a dual camera setup on the back comprising a 16-megapixel primary camera backed by 2-megapixel depth sensing unit. For selfies, you get a 13-megapixel sensor on the front. The camera app interface is custom and reminds me of Android Kitkat. The interface is minimal with panorama, beauty, blur and normal modes laid on the top. There is a large shutter button at the bottom with the option to record video or click picture on either side. The initial shots taken from both rear and front cameras were decent, to say the least. However, the HDR mode took a long time to process the image, the blur mode had visible soft edges issue and the interface felt a tad slow (this can be attributed to the dated processor).

The HOMTOM Zoji Z33 has been designed for one and one purpose only, which is to offer a rugged smartphone without breaking the bank and it does the job perfectly. If you are someone who is out and about most of the time, and looking for a secondary sturdy phone to use, this is the device for you. But if that’s not the case, there are much better affordable smartphones like Xiaomi Redmi Note 7 (review), Samsung Galaxy M20 (review), and Realme 3 (review).