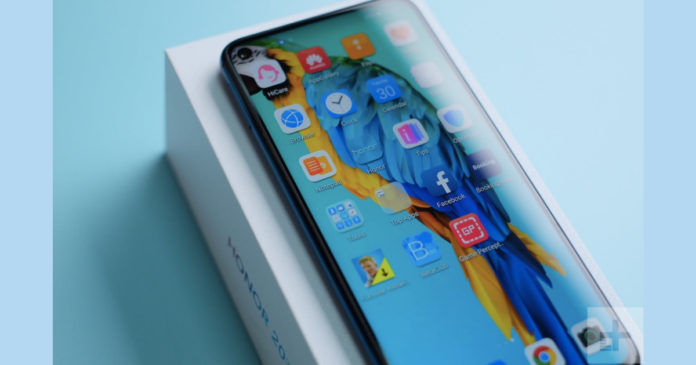 “The upcoming series from Honor will include three models: Honor 20 Lite, Honor 20, and Honor 20 Pro”

Huawei’s sub-brand Honor has announced the launch date of its upcoming Honor 20 series smartphones in India. The handsets will hit the Indian shores next month, on June 11th. Before that, the lineup – consisting of Honor 20 and Honor 20 Pro – will be officially unveiled on May 21st at an event in London. The phones are going to be the company’s flagship, with a new “dynamic holographic design,” a curved display with a hole for the selfie camera, and a side-mounted fingerprint sensor.

As for the specifications, the Honor 20 series smartphones will feature a 6.26-inch display and a glass sandwich design, with a new holographic design that has millions of miniature prisms embedded on it for gradient finish. The Honor 20 and Honor 20 Pro will reportedly rock the premium Kirin 980 chipset, paired with 6GB/ 8GB of RAM and 128GB/ 256GB user-expandable storage.

In the camera department, the Honor 20 series is expected to have quad camera setup in ‘L-shape’. The resolution is tipped to be a 48-megapixel Sony IMX586 primary sensor, secondary 16-megapixel ultra wide-angle shooter with 117-degree field of view, an 8MP telephoto lens with 3x optical zoom, OIS, and a 2MP 3D ToF sensor with f/2.4 aperture. The front camera will most likely be a 32-megapixel shooter for selfie and video calling. That’s all we know so far!

Meanwhile, there is also a lighter version of the series called Honor 20 Lite, which the vendor has already announced in Malaysia. The handset packs a respectable Kirin 710 chipset, 6.21-inch waterdrop notch display, and triple rear camera setup, which consists of 24-megapixel + 8-megapixel + 2-megapixel sensors. The front camera features a 32-megapixel shooter for selfies and video calling. There is a rear-mounted fingerprint sensor and face unlock for biometric security. Other features include 4GB of RAM, 128GB storage, Android 9 Pie OS, 3,400mAh battery, and rear-mounted fingerprint sensor.

At the moment, it isn’t clear if Honor will bring all the three smartphones in its Honor 20 series to India, so stay tuned to know more!