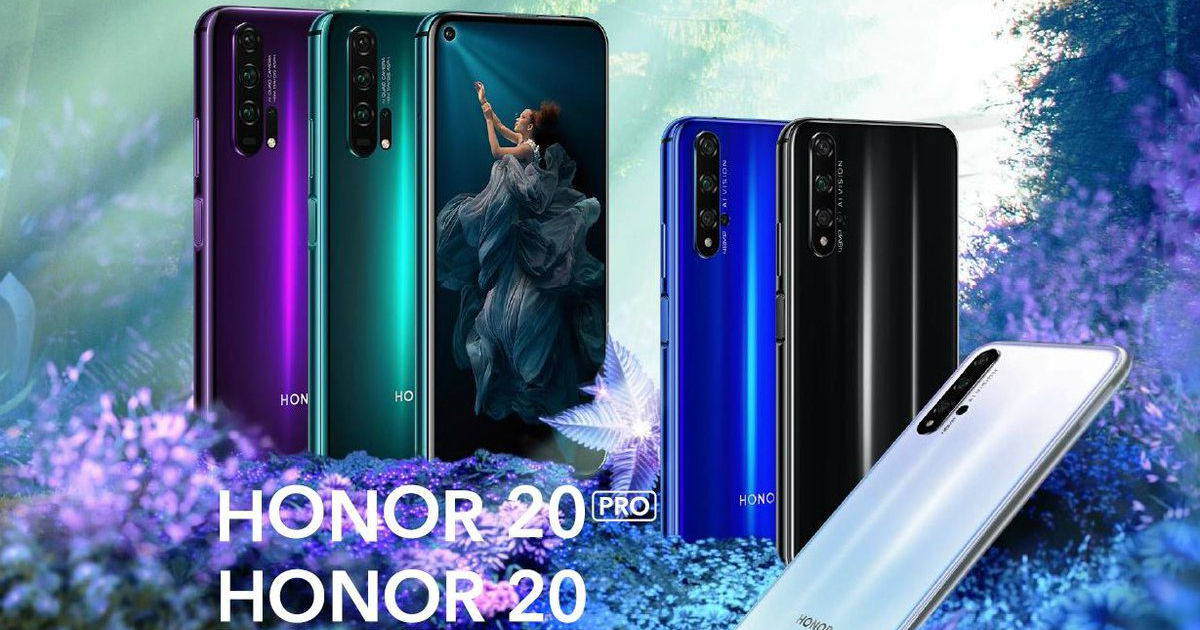 Amidst Huawei-Google Android license row, its sub-brand has announced the Honor 20 and Honor 20 Pro smartphone in London. The handsets are the upper mid-range flagship offerings from the brand, which will compete against OnePlus 7 and ASUS ZenFone 6 smartphones in the segments. Both Honor 20 and Honor 20 Pro are powered by 7nm Kirin 980 SoC and come with four rear cameras on the back. Apart from this, the phones boast of a new ‘dynamic holographic design’, a punch-hole display, and an impressive 32-megapixel front camera. 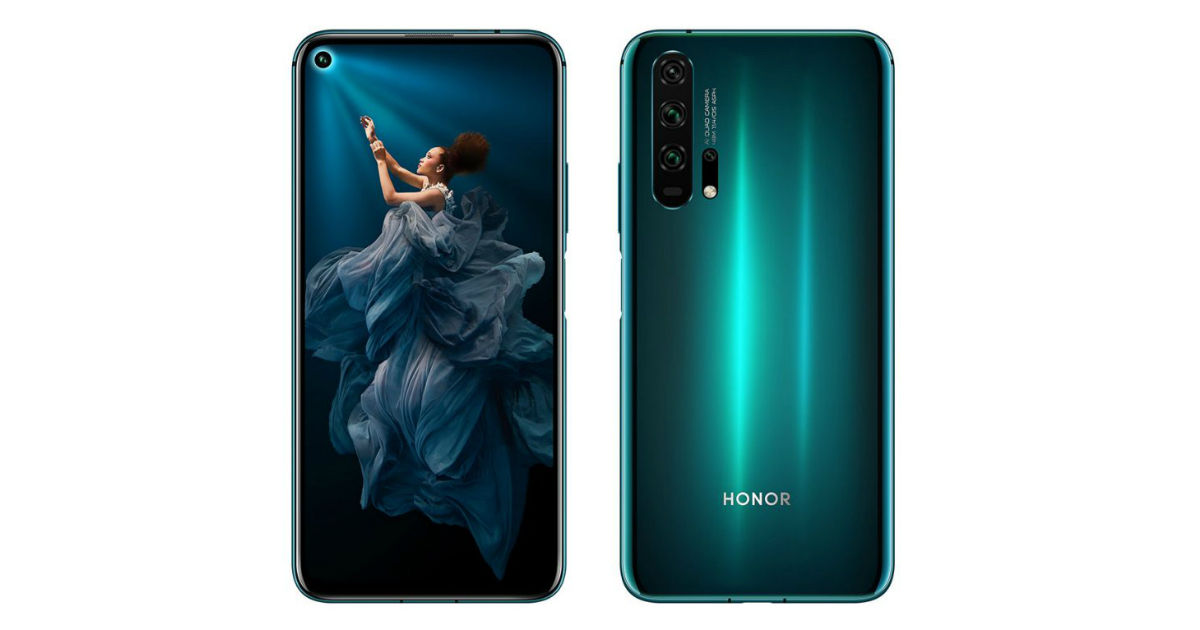 The Honor 20 price is €499 (~Rs 38,800) for the 6GB RAM + 128GB storage, while the Honor 20 Pro comes in 8GB RAM and 256GB storage and costs €599 (~Rs 46,000). Both handsets are said to be “available soon,” with no dates announced officially. The latter will be available in Phantom Blue and Phantom Black colour options, while the former will come in Sapphire Blue, Icelandic White, and Midnight Black hues. There will also be a Honor 20 Pro Moschino Edition model, with a matching case. While the company didn’t announce the Honor 20 series India launch date at the event, we know that it’s coming to the country soon.

The Honor 20 and 20 Pro both have almost similar specifications. The two phones come with an all-display fascia and a new holographic design that has millions of miniature prisms embedded to achieve gradient finish at the back. Moreover, the Honor 20 series features a punch-hole display for the selfie camera, just like the Galaxy S10 smartphones.

Both Honor 20 and 20 Pro sport a 6.26-inch screen. The handsets are driven by Huawei’s flagship HiSilicon Kirin 980 octa-core processor, with GPU Turbo 3.0 tech for better performance while playing resource-intensive games. The processor is paired with 6GB of RAM and 128GB user-expandable storage. The ‘Pro’ model has 8GB RAM and 256GB storage as standard. While the Honor 20 houses a 3,750mAh battery, the Pro is fuelled by a whopping 4,000mAh battery cell. The batteries are backed by 22.5W SuperCharge technology to juice up the handsets in no time. 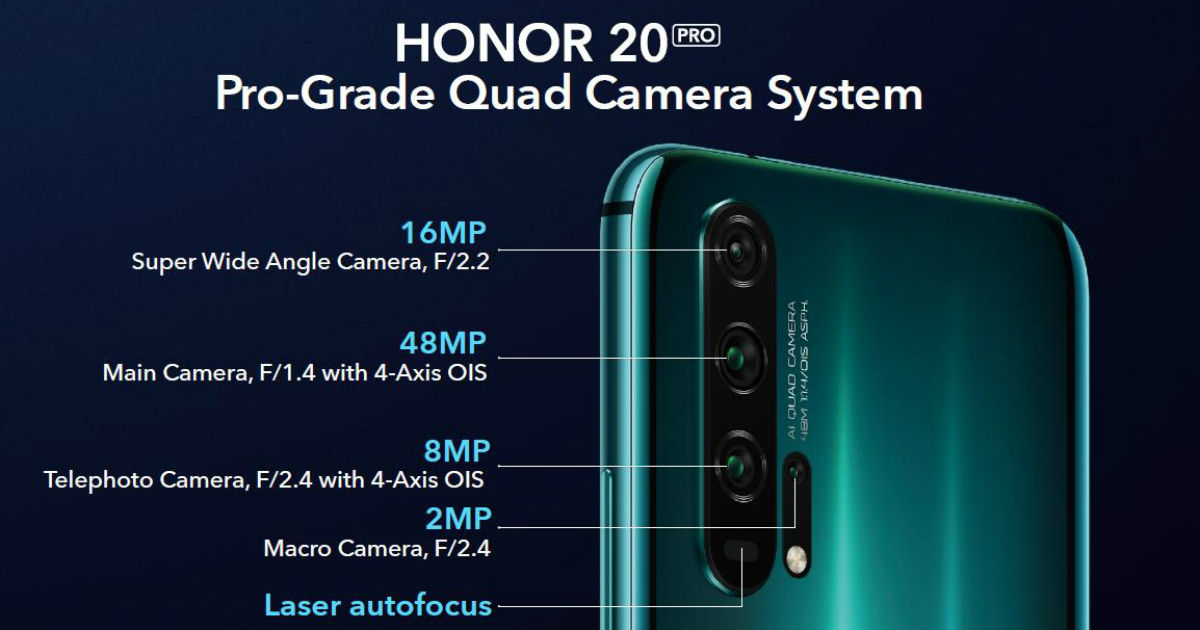 In the camera department, both Honor 20 and its Pro sibling sport quad camera setups at the back. The former gets a 48MP Sony IMX586 primary sensor with f/1.8 aperture lens + 16MP super wide-angle lens + 2MP depth sensor + 2MP macro camera. The latter has a similar setup with 48MP Sony IMX586 primary sensor with f/1.4 aperture lens (the widest yet on a smartphone) + 16MP super wide-angle lens + 8MP telephoto lens + 2MP macro lens, backed by laser autofocus. The brand revealed at the event that the Honor 20 Pro’s DxOMark score is 111, right alongside OnePlus 7 Pro and just below Huawei P30 Pro and Samsung Galaxy S10 5G. The phones also get AI Ultra Clarity Mode, dual 4-axis OIS, AIS Super Night Mode. The front cameras on both feature a 32-megapixel sensor on the front for selfies and video calling.

Other features include a fingerprint sensor that integrated into the Power button and is claimed to unlock the handset in less than 0.3 seconds. Pushing the Power button for one second will fire up Google Assistant. For gamers, there is a new Wonder Outfit on Fortnite thanks to a partnership with Epic Games as well as a snap-on Gamepad with a physical joystick and six physical buttons. There is also a new Virtual 9.1 Surround Sound system for enhanced an audio experience.