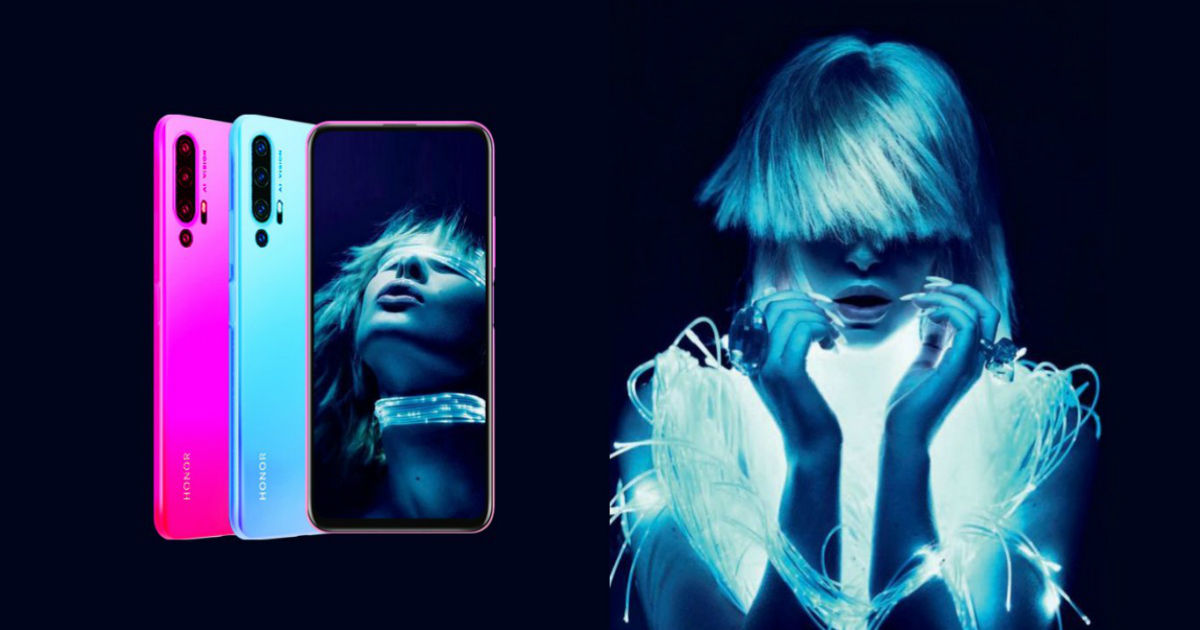 Honor is scheduled to announce the Honor 20 series at an event in London on May 21st. Recently leaked live images of the Honor 20 Pro show off the punch-hole camera present at the upper-left corner of the screen as well as slim bezels. Now, ahead of the launch, new marketing renders of the handset surfaced online, courtesy of GSMArena. These reiterate the quad rear camera setup and slim bezels. However, what’s surprising is that the Honor 20 Pro is seen with no punch-hole camera, which is confusing.

This either means the leaked live images belong to standard Honor 20 or the new marketing renders could be false. Either way, if Huawei takes the punch hole route for the standard Honor 20, it’s likely the Pro variant could feature a pop-up slider to accommodate the selfie snapper. Since nothing is confirmed yet, we suggest you take this part with a pinch of salt for now.

As for the other specifications, the Honor 20 Pro is likely to come in three configurations – 6GB RAM + 128GB, 8GB RAM + 128GB, and 8GB RAM + 256GB. It is said to have a 3,650mAh battery with 22.5W fast charge support. The handset is expected to pack a quad-camera setup at the rear with 48MP Sony IMX586 primary sensor, a secondary 16-megapixel ultra wide angle shooter with 117-degree field of view, an 8MP telephoto lens with 3x optical zoom, OIS, and a 2MP 3D ToF sensor with f/2.4 aperture.

On the other hand, the Honor 20 is expected to sport a 6.26-inch display. The handset has been tipped to pack a 32MP front-facing camera and a quad rear camera setup consisting of a 48MP primary sensor, a 16MP super-wide-angle lens, a 2MP depth unit, and 2MP macro shooter. Both the handsets are rumoured to be powered by the company’s flagship Kirin 980 chipset, pack an in-display fingerprint sensor, and run on EMUI 9.0 based on Android 9.0 Pie out of the box.