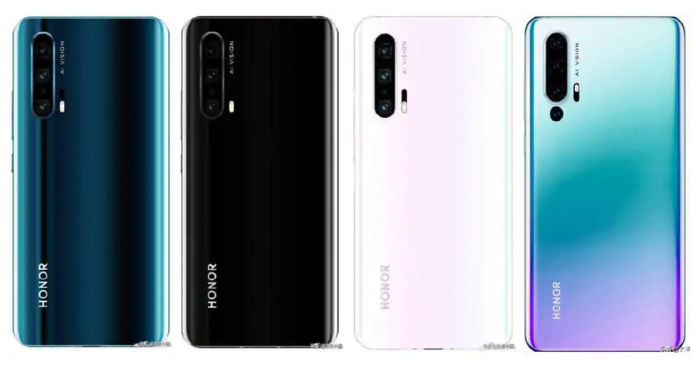 Honor is scheduled to announce the Honor 20 series at an event in London on May 21st. Now, ahead of the launch, the base Honor 20 variant with model number YAL-L21 surfaced on the Geekbench benchmarking platform, reiterating quite a few details that we have already come across in the past. The listing reveals the phone could be powered by the in-house HiSilicon Kirin 980 SoC coupled with 6GB RAM and run on Android 9.0 Pie with EMUI 9.0 skin on top. 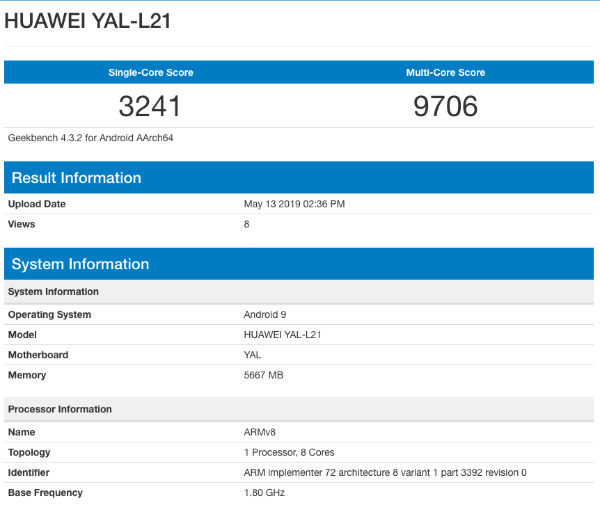 Furthermore, the handset scored 3241 points in single-core score test and 9706 in the multi-core test. These results are in-line with the scores of Kirin 980 SoC, which is based on the 7nm CPU clocked at 1.8GHz octa-core processor coupled with Mali-G76 GPU. It is expected to come with 6GB of RAM, but there could be other options as well. Earlier rumours suggest the Honor 20 could sport a 6.26-inch all-view display with an impressive 91.6 percent screen-to-body ratio. The panel will also have a 4.5mm hole to fit in the 32MP front camera. It is said to rock a quad rear camera setup consisting of a 48MP primary sensor, a 16MP super-wide-angle lens, a 2MP depth unit, and 2MP macro shooter.

The company is also likely to launch the Honor 20 Pro variant at the same event, and it is said to come in three configurations – 6GB RAM + 128GB, 8GB RAM + 128GB, and 8GB RAM + 256GB. The Pro variant is expected to have a 3,650mAh battery with 22.5W fast charge support. The handset reportedly rocks quad-camera setup at the rear with 48MP Sony IMX586 primary sensor, a secondary 16-megapixel ultra wide angle shooter with 117-degree field of view, an 8MP telephoto lens with 3x optical zoom, OIS, and a 2MP 3D ToF sensor with f/2.4 aperture. Unfortunately, other details of the spec sheet are really scarce at the moment, but we should know more details when these phones go official next week.