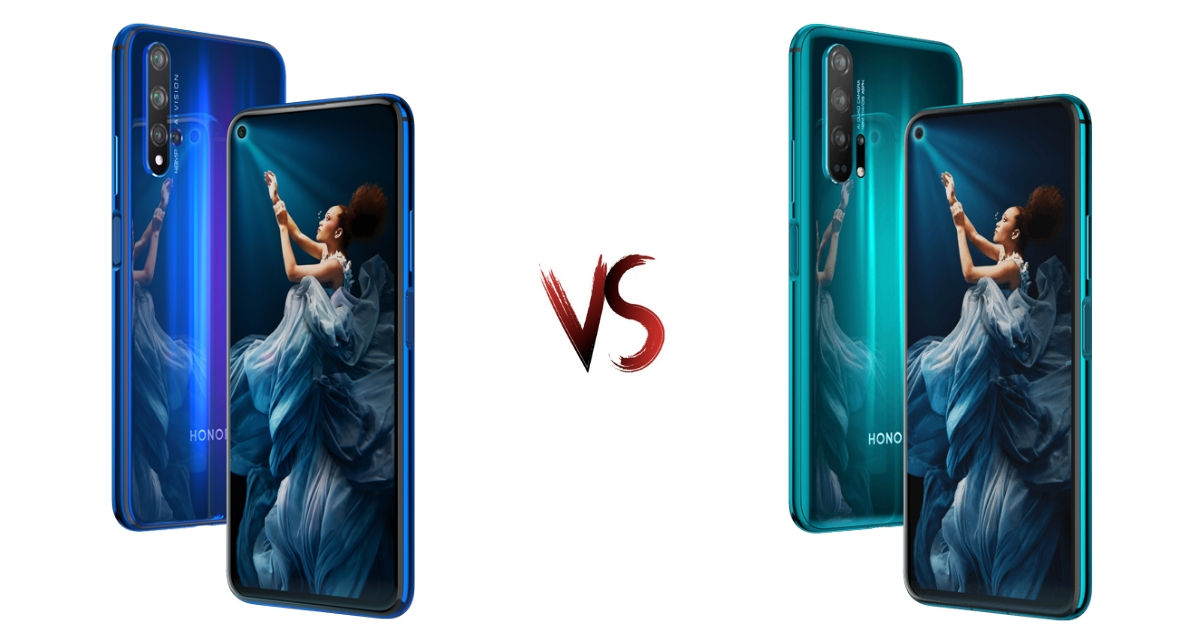 Home Comparisons Honor 20 vs Honor 20 Pro: here are all the differences

Earlier this week, Honor officially unveiled its latest flagship smartphones, the Honor 20 and Honor 20 Pro (first impressions). The pair will be sold in India via Flipkart and will compete with devices such as the OnePlus 7/7 Pro. In terms of hardware features, the new Honor phones are tied with several high-end devices available in the country. The Honor 20 series features a quad-camera setup at the back. The devices are good looking and seem to be great value for money. In this post, we are going to take a look at all the similarities and differences between the Honor 20 and the Pro variant. Let’s begin!

First, let us get all the similarities out of the way. Starting with the front of the phones, both feature a 6.26-inch IPS LCD panel with a full-HD+ resolution. The displays come with a punch hole cutout to incorporate the front-facing camera. The hole is placed at the top left corner of the display and house a 32-megapixel selfie sensor. Both devices have the same sensor on the front, so you can expect similar selfies. Since the display panels are also the same, there will not be any differences in viewing experience. 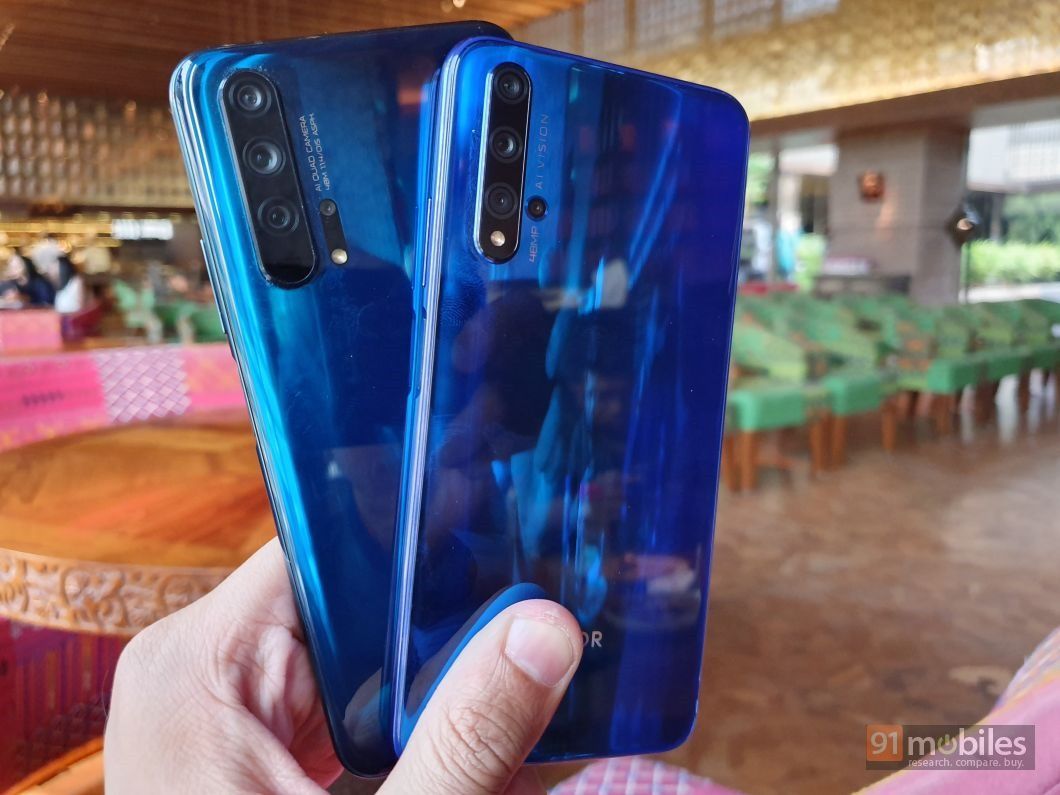 Both the Honor 20 and the Pro variant are powered by the 7nm HiSilicon Kirin 980 chipset. This is the top-of-the-line chipset available from Huawei and is comparable in performance to the Qualcomm Snapdragon 855. Apart from having the same chipset, the phones also share other components such as buttons. Both devices come with a fingerprint scanner placed within the Power/ Wake button on the right side. The volume buttons are also placed on the right side, above the Power button.

The phones also feature similar design, with both devices available in gradient finishes and a glass body. You will not be able to tell the difference between the two from the front. Both devices support 22.5W fast charging via the USB Type-C port. They also come with Bluetooth 5.0, dual SIM slots, and run on Magic 2.1 OS based on Android 9.0 Pie. That’s all the similarities between the two, now let us look at what’s different.

Coming to the differences, the two smartphones are available in different colour options. The Pro comes in Phantom Blue and Phantom Black hues, whereas the standard Honor 20 is available in Midnight Black, Sapphire Blue, and Icelandic White colours. The Honor 20 comes with 6GB RAM and 128GB of storage, whereas its Pro sibling gets 8GB RAM and 256GB storage. The Pro version also comes with a 4,000mAh battery, compared to the 3,750mAh unit on the standard version.

However, the main differences between the two phones are in the rear cameras. Although both phones feature a quad-rear camera setup, there are some major differences. Firstly, the 48-megapixel Sony IMX586 sensor on the Honor 20 Pro has an aperture of f/1.4, which is an industry first. It also has optical image stabilisation. On the Honor 20, the same 48-megapixel sensor uses different optics and has an f/1.8 aperture with no OIS. The Pro version also features an 8-megapixel telephoto sensor with 3x optical zoom and OIS. The standard variant doesn’t have this sensor and instead gets a 2-megapixel depth sensor. Both devices also feature a 16-megapixel ultra-wide sensor and a 2-megapixel dedicated macro sensor.

As you can see, the camera setup consists of four sensors on both devices, but aren’t similar. This means that the Honor 20 Pro will be able to shoot much better photos, including low-light.

There you go, these are the differences and similarities between the Honor 20 and the Honor 20 Pro! Stay tuned for more updates around the two as the India launch date draws closer.