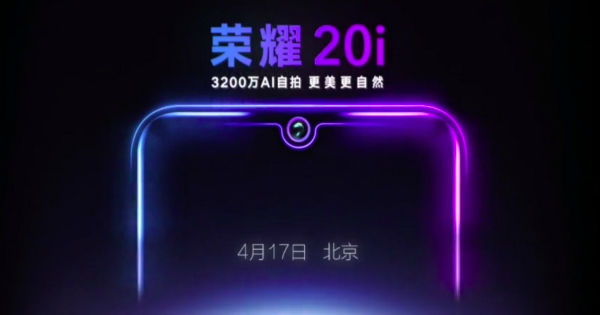 Honor, through a promotional video on Weibo, has confirmed to introduce the Honor 20i smartphone at an event on April 17th in China. The teaser video hasn’t revealed anything significant about the phone, except the fact that it will feature a waterdrop notch accommodating the 32MP AI selfie shooter on the front. At the same unveil event, Honor will also launch the MagicBook 2019 notebook, which is the successor to the original MagicBook launched in 2018. 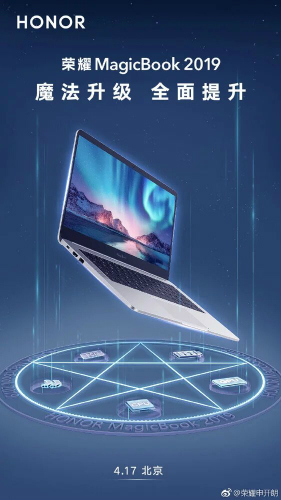 While the specifications of the Honor 20i are scarce at the moment, rumours suggest the Honor 10i that was announced in Russia back in March could launch as Honor 20i in China. The phone has been tipped to pack a 6.2-inch full HD+ display with 1080 x 2340 pixels resolution. The Honor 20i might be powered by the mid-range in-house Kirin 710 SoC clocked at 2.2GHz Octa-Core processor and be available in two variants- 4GB RAM + 64GB storage and 6GB RAM + 128GB storage. The handset is expected to run on Android 9.0 Pie-based EMUI 9.0.1 out of the box. The phone will likely be fuelled by a moderate 3,200mAh battery and come in gradient colour options.

As for the optics, the Honor 20i is expected to feature a triple rear camera setup, consisting of a 24-megapixel primary sensor, an 8-megapixel secondary sensor, and a 2-megapixel third sensor. To recall, Honor 20 and Honor 20 Pro received EEC certification recently and are expected to go official later this month. Huawei’s sub-brand Honor will also introduce the new Honor MagicBook 2019 notebook at the same event. While the specifications of the upcoming notebook are currently under wraps, it is said to come with minor upgrades from last year.

As we are just a few days away from the official launch, we should know more details then. Stay tuned for more updates.