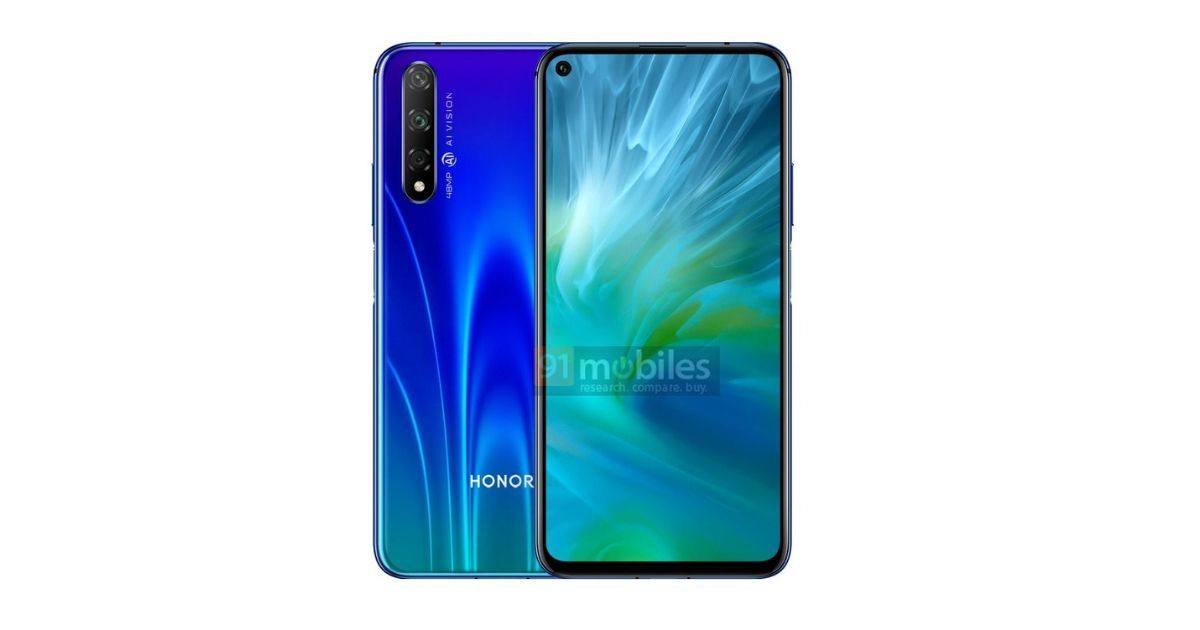 Honor 20S colour variants and design have been reveal ahead of the handset’s official launch on September 4th. 91mobiles has gotten hold of high quality renders of the Honor 20S from a reliable source, which reveal that the device will feature a punch-hole display. Further, the renders also showcase the colour variants that the smartphone will be offered in. As can be seen in the renders, the Honor 20S will come in Butterfly Feather Blue, White, and Black colours. With this, we can also confirm the colour option shown in the teaser poster from last night is called Feather Blue.

In the renders, we can see the handset rocking a triple camera setup at the back, similar to what we saw in official render. Notably, there is also a ’48MP AI Vision’ branding on the side, which is in line with earlier leaks that suggest that the phone will have a 48MP primary rear camera. Notably, the handset can also be seen sporting a punch-hole display design in our exclusive renders. Talking about the colour options, the white colour variant seems to be particularly impressive. The gradient blue pattern and the reflective black design of the smartphone can be seen glimmering in the renders as well.

To recall, there was an alleged Google Play Console listing of the Honor 20S yesterday, but going by the design, it seems to be a fake now that the official design is here. Instead, the Honor 20S seems to be the YAL-AL50 device that was spotted on TENAA recently, going by the placement of the punch-hole for the selfie camera and the rear panel design.

On the camera front, the Honor 20S will get a 48MP primary rear camera that will be backed by an 8MP and a 2MP sensor. In the front will be a 32MP camera for selfies and video calls. Dimensions are listed on TENAA as 154.25 x 73.97 x 7.87mm and weight is 172 grams. The handset will launch on September 4th, so we won’t have to wait for long before we get our hands on official details regarding the handset.