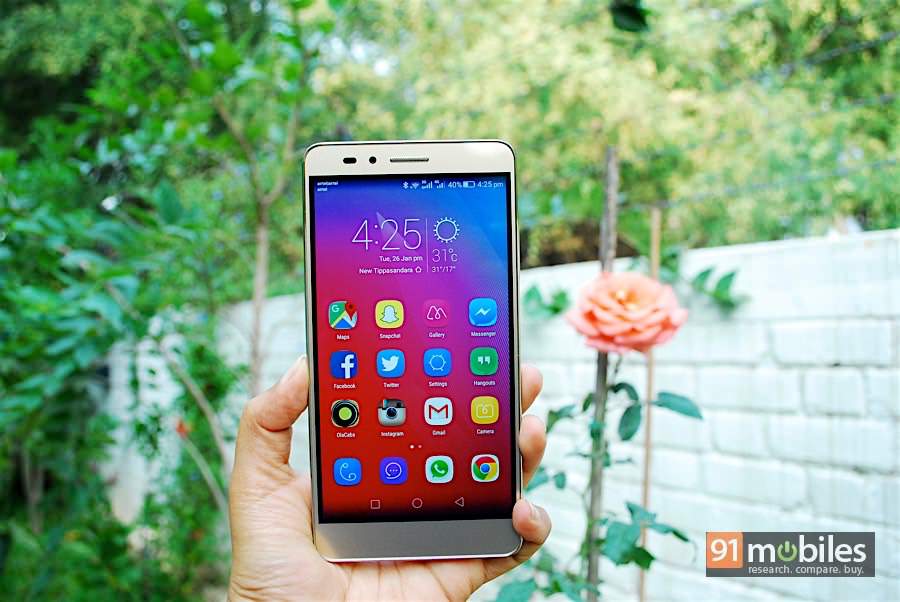 “Got yourself a swanky new Honor 5X? Here’s how to squeeze the most out of it”

If you’re a tech enthusiast who believes in getting more for less, there’s a good chance that you might be holding the Honor 5X or you might be thinking about picking one up from the shelves, thanks to the VFM aspect of this new smartphone. The sheer number of goodies that the Honor 5X bestows the user with makes it almost irresistible to pass.

In fact, the capabilities of this phone go to such extent that it might take weeks or even months before one can fully take hold of the Honor 5X’s maximum potential. But don’t you worry, as we bring you a few tips and tricks that can let you make the best use of your Honor 5X and its Emotion UI in little to no time. So, let’s begin. 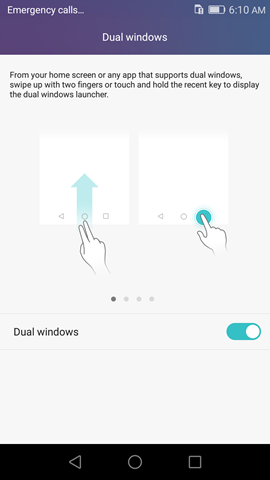 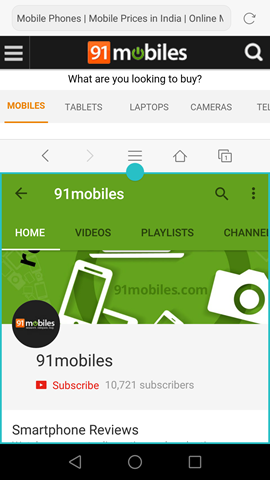 If you’re looking for a more fancy and efficient way to multitask on your smartphone then you might have to wait for Android N or maybe consider going for one of the higher-priced offerings by OEMs, unless you already have the Honor 5X. The device allows for a better management of the display panel by dividing it into two parts where you can run two applications of your choice simultaneously. The feature can be accessed through the quick toggle section in the notification area or from the settings menu under the ‘Dual window’ tab. After turning it on, the feature can be activated by a swipe up gesture from the home button using two fingers. 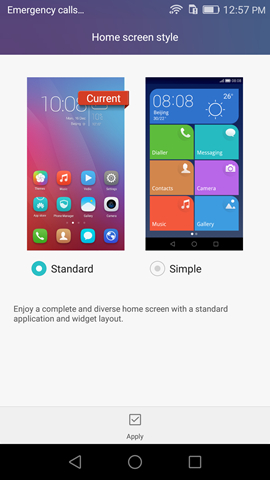 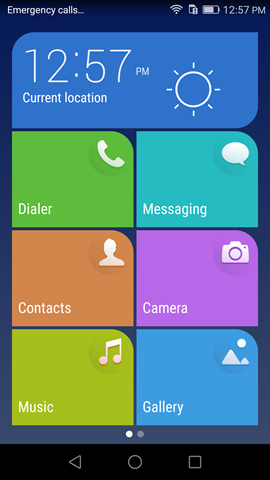 Smartphones are complex devices which require a certain level of understanding as a prerequisite for operating them efficiently, making them quite troublesome for senior citizens to use. Honor has ensured that everyone could enjoy its latest offering by adding in a simple home screen option. The feature replaces your icons and widgets with simple tiles. These tiles are large and have the icon and name of the corresponding app in a bigger font, making it easier to read and access it. The feature can be enabled in the settings menu under the ‘Home screen style’ tab. 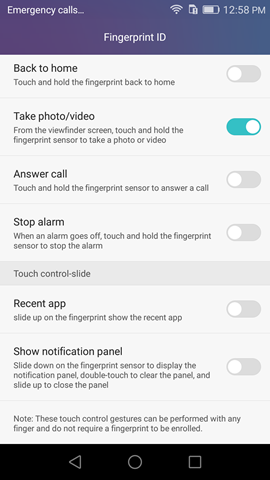 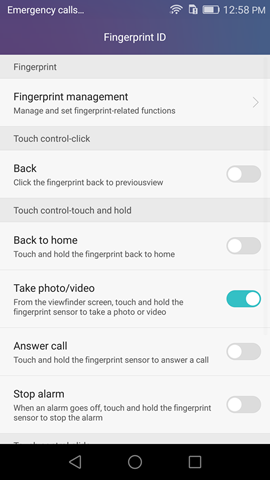 The fingerprint sensor in the Honor 5X is not just an added measure for security, it can be easily programmed for various other functions too. The fingerprint reader here can be tweaked to act as both, the back and shutter button after a few simple taps. That’s not all, a handful of gestures can also be mapped to the fingerprint sensor, namely the swipe up gesture for opening the recently-used apps and the swipe down gesture for bringing down the notification shade. Much like the previously-mentioned features, the user can freely turn these features on or off so that they do not hinder the user experience. All of this can be accessed in the setting menu under the ‘Fingerprint ID’ tab. 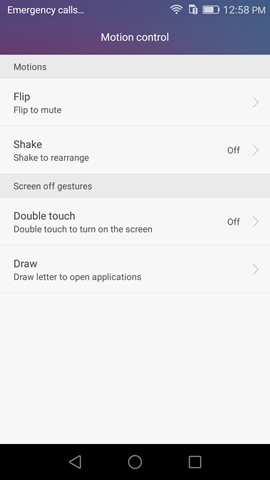 The Honor 5X also features various gestures that are rather useful and save you quite a bit of time. The gestures here includes flip to mute which basically is self-explanatory, Shake which rearranges your home screen with just a simple shake, double tap which allows you to wake your phone from standby with a double tap on the display and draw which allows you to jump to an app directly from the lock screen by drawing a letter corresponding to that particular application. These gestures can be enabled in the settings menu under the ‘Motion control’ tab. 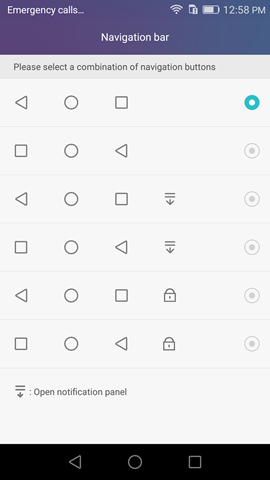 The downside for shifting from one phone to another is the part where you have to get used to the layout for the navigational buttons. Fortunately, with the Honor 5X, that isn’t a problem. The device allows you to change the entire layout of the navigation bar so that the smartphone can adapt to you instead of you adapting to it. The user can customise the navigation bar in the settings menu under the ‘Navigation bar’ tab. 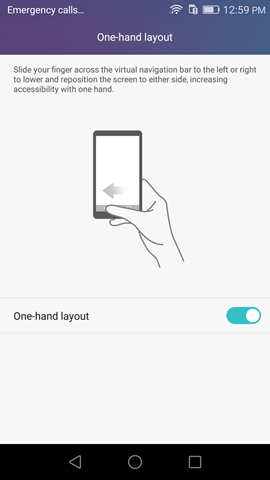 Although the Honor 5X is the optimum size for most of the people out there, the brand has included a one-hand UI option for users who are not used to a 5.5 inch display. This feature shrinks down your workspace to your size of choice so that you can navigate around easily. The option can be accessed in the setting menu under the ‘One hand’ UI tab. After enabling the option, it can be activated by a simple swipe across the navigation bar, the direction of the swipe will decide on the left or right orientation of the shrunken UI. 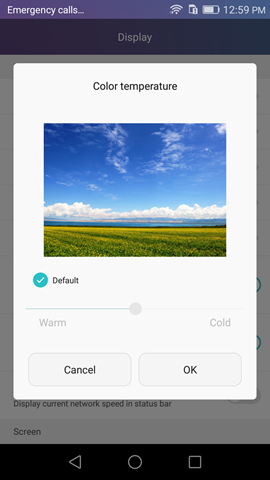 The Honor 5X also allows the user to change the colour temperature of the display according to their preferences. This can be enabled by going to Settings > Display > Color > Adjusting the slider. The slider can be moved to the left to provide a warmer tone and to the right for a cooler colour varying with preference.

There are several more interesting options in EMUI that add a lot to the user experience, but we think that the ones discussed above are the niftiest features. And with this handy guide, you should now have enough info to master them all with ease.

With Snapdragon 835 and 8GB of RAM, the OnePlus 5 is shaping up to be a beast