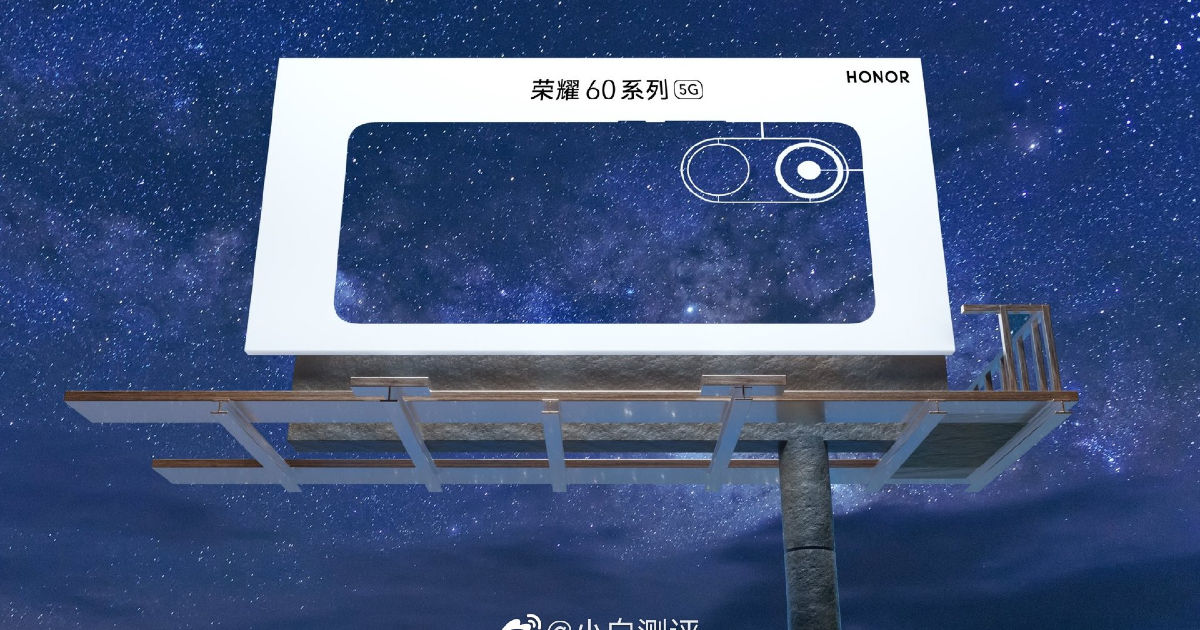 Honor 60 series seems to be in the works and will succeed the Honor 50 lineup that debuted back in June. There are reports suggesting the Honor 60 series will launch in China sometime in December. The lineup is said to include the standard Honor 60, Honor 60 SE, and Honor 60 Pro. Now, ahead of launch, the Honor 60 series banner ad has been spotted in the wild that gives us a glimpse of the rear design. It appears the company will retain the dual-camera rings much like on the Honor 50. Furthermore, it’s also been learned the Honor 60 and 60 Pro will support 66W fast charging, while the Honor 60 SE will offer 40W charging speed.

Separately, an Honor 60 series phone has been listed on China’s 3C website with the model number GIA-AN00. Interestingly, the listing reiterates the phone will have a 66W fast charging support, similar to the Honor 50 series. That’s pretty much it revealed via China’s 3C listing. If the phones are indeed launching in China in December, we can expect an official announcement shortly and the company may start teasing the features and more in the next couple of weeks.

Recent leaks about the Honor 60 suggest it will come with a pill-shaped punch-hole cutout on the top-left corner. It is said to have a quad-camera setup on the back. It is tipped to come with a 4,500mAh battery and could be powered by the Qualcomm Snapdragon 870 chipset. This will be an upgrade over the Snapdragon 778G chipset on the Honor 50. The phone will have 5G network connectivity and probably a higher-refresh-rate display. We should learn more about the Honor 60 series when it launches next month.