91mobiles.com
Home Android Phones Is the Honor 8 the best smartphone priced under Rs 30,000? 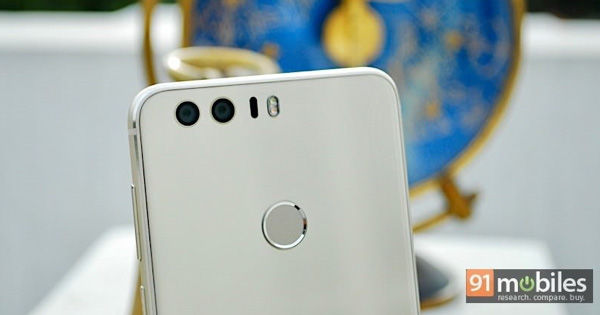 Huawei made a statement by launching the P9 (review), a smartphone with Leica branded dual-cameras on the back which made it a no-brainer for shutterbugs looking for a smartphone in the premium price segment. With the premium market covered, Huawei’s sub-brand Honor is all set to captivate the budget-flagship segment with the recently-launched Honor 8. Since the market is offering buyers a lot of choice within the Rs 20k-30k price bracket, will the Honor 8 (review) be able to set itself apart from the crowd? Let’s find out. 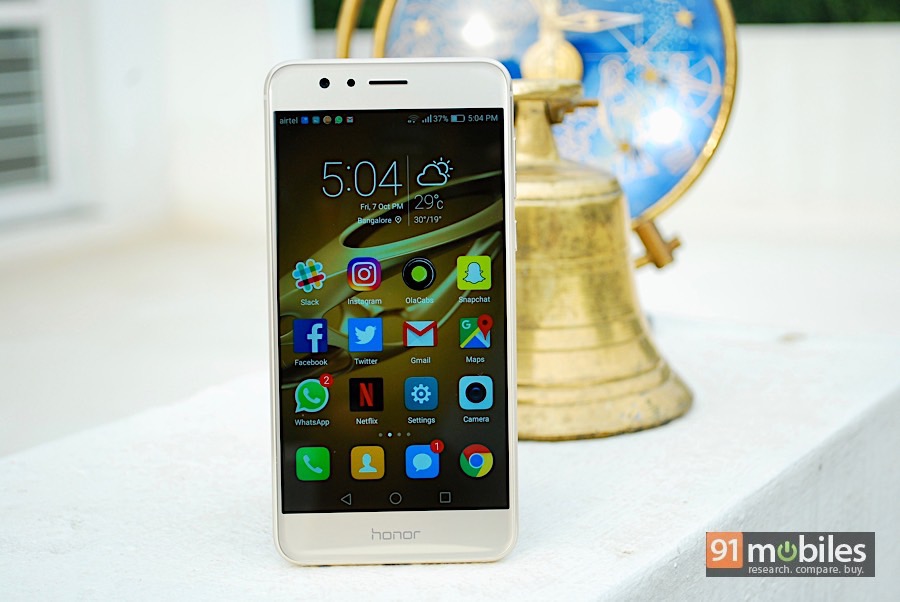 For a smartphone, making a great first impression on buyers mostly comes down to its looks. Buyers will want to know more about a good-looking smartphone rather than one which resembles like a brick. And this is where the Honor 8 outshines its competition and dare we say, even its elder sibling, the P9. While the smartphone is priced within the affordable price bracket, its design casts an impression which is entirely different. In order to stand out from a crowd of metallic smartphones, the Honor 8 is instead made of a glass-metal composite with two sheets of glass on the front and the back, and metal sandwiched in between. In order to make the smartphone more unique, the glass back of the Honor 8 refracts incoming light thereby making distinctive patterns on the back. Honor has clearly mastered the one aspect which many other manufacturers overlook which is the design and rest assured, every time you pull the smartphone out from your pocket, you are bound to get both compliments and envious looks. 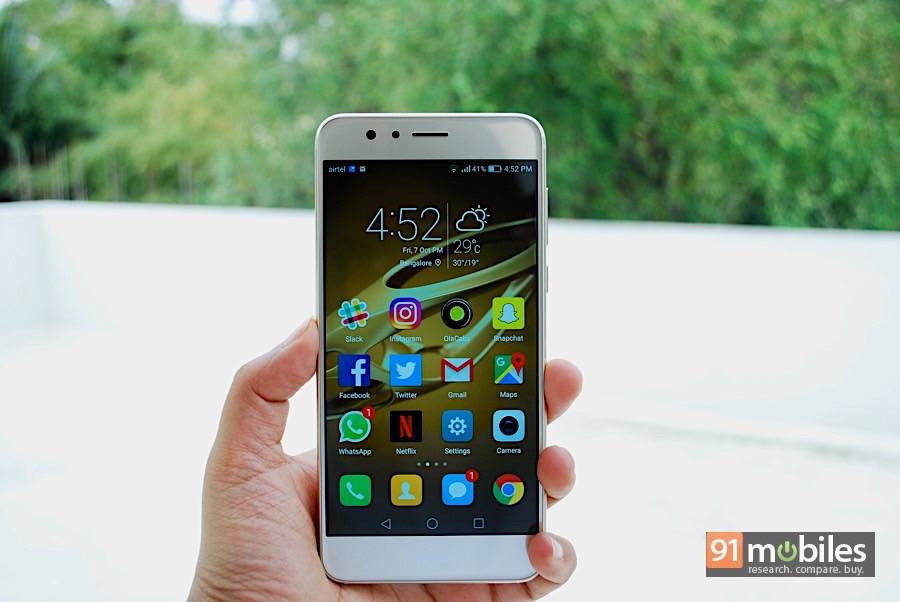 Offering a screen real estate of 5.2-inches, the Honor 8’s compactness works in its favour by offering users a great one-handed experience without compromising too much on the screen size. The screen is a full HD affair and offers a pixel density of 424ppi, making the content one consumes on the smartphone rich, sharp and vivid. 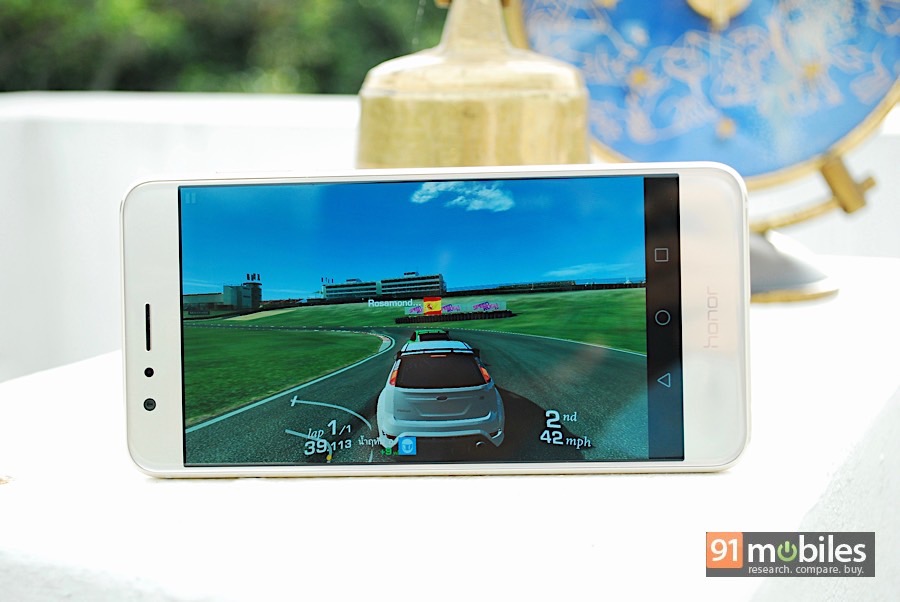 If performance is your primary concern, then you’d be delighted to know that Honor has you covered there as well. The company has equipped the 8 with its homebred HiSilicon Kirin 950 processor which offers great performance. Navigating around the homescreens, opening and closing menus, and toggling shortcuts on the navigation bar felt like a breeze. The experience was similar when we scrolled through our Instagram feed, browsed through chats on WhatsApp and juggled between emails and browser tabs. And for those wondering how it handles games, our the story remains unchanged as the smartphone handled everything we threw at it like a champ. And that’s not all that the Honor 8 offers in terms of performance as the smartphone has a dedicated always-on i5 co-processor which aids in light tasks such as location tracking and sensor monitoring. This gives the 3,000mAh battery on the Honor 8 a huge bump as the device doesn’t require high-performance battery draining cores to assist with small tasks. 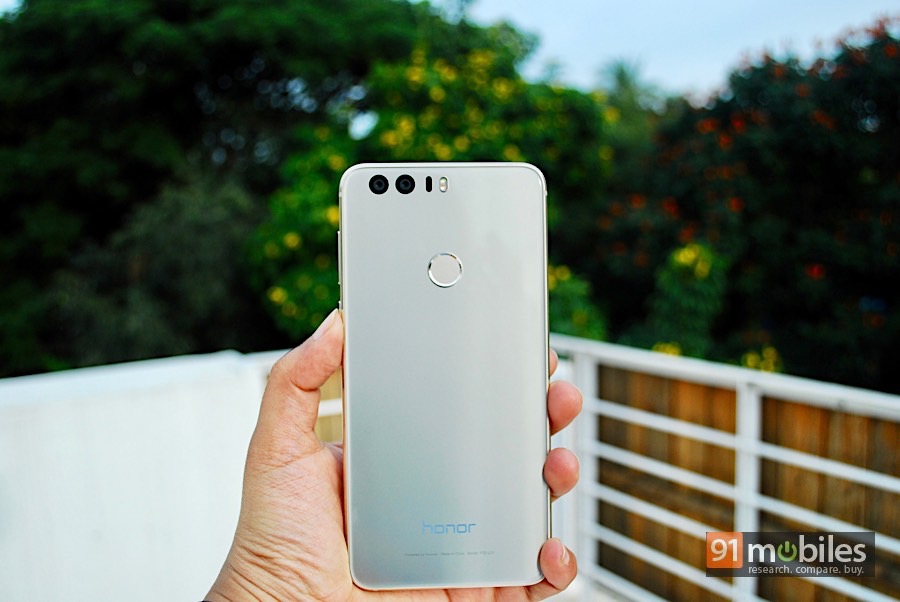 The highlight of the smartphone, however, is the 12MP dual-camera setup on the back, similar to what was seen on the P9. One of the sensors is RGB to capture colour, while the other is monochrome to capture light, detail, and contrast. But how does it translate into real-time performance? Quite well, we are happy to report. The Honor 8’s cameras capture excellent details and the colour reproduction was on point for the majority of the shots we took using the smartphone’s camera. The images won’t blur upon zooming, with sufficient details being present even in the cameras monochrome mode. The depth-of-field mode did a great job at artificially creating a bokeh effect and the simplistic camera UI will is bound to bring out the photographer in you. Similar results were observed whilst using the front facing 8MP sensor of the Honor 8 whose superior imaging quality will make anyone using it a selfie-addict. 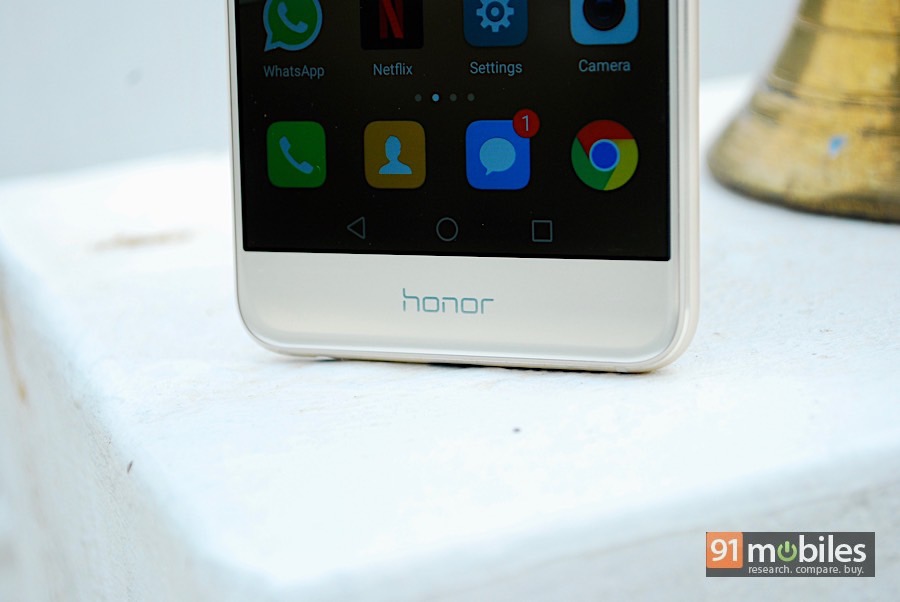 So what’s the verdict? Is the Honor 8 the only smartphone under Rs 30k that you should consider? Definitely not. But is it the best smartphone under Rs 30k? Well, the dual-cameras on the back, incredible build quality, a great design and stutter-free great performance tick all the checkboxes one looks for in a smartphone. So the real question is, when are you getting your hands on one?