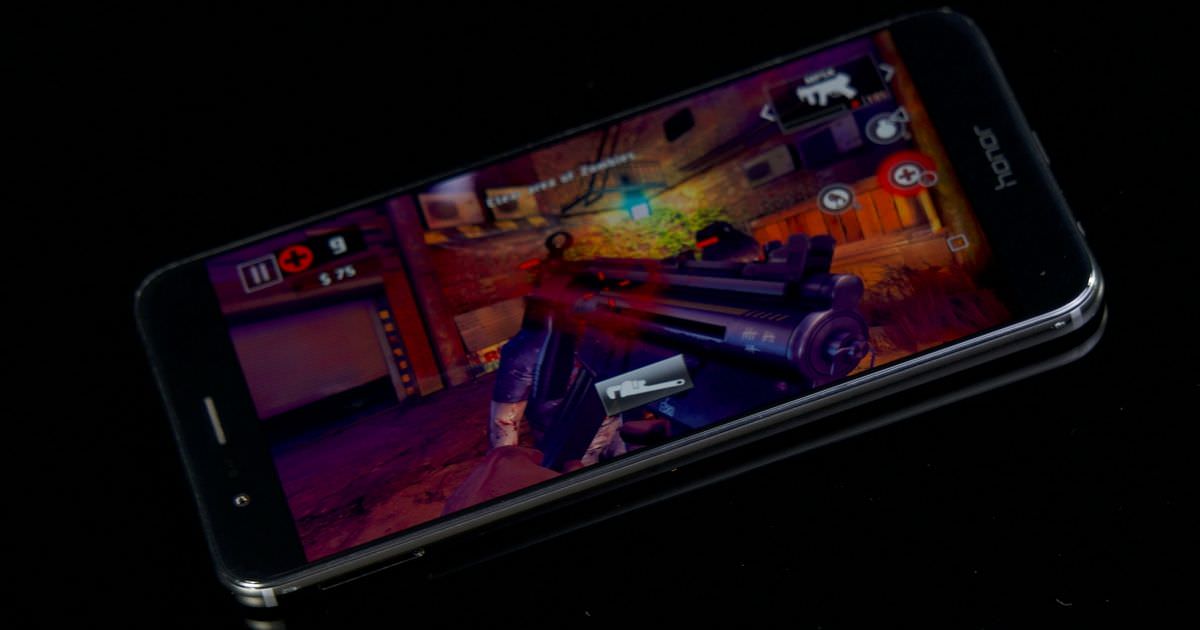 “With its powerful hardware, the Honor 8 Pro is able to flex its muscles quite well”

Huawei-owned brand, Honor recently launched the 8 Pro with impressive features such as a dual camera module on the rear panel and a beefy 4,000mAh battery. But that’s not all, the handset also comes packing a punch in terms of performance. While the rival handset (read OnePlus 5) has already proved its mettle with up to 8GB RAM and latest Snapdragon 835 SoC, the Honor 8 Pro is also quite capable, and that’s what we will be delving into in this article. 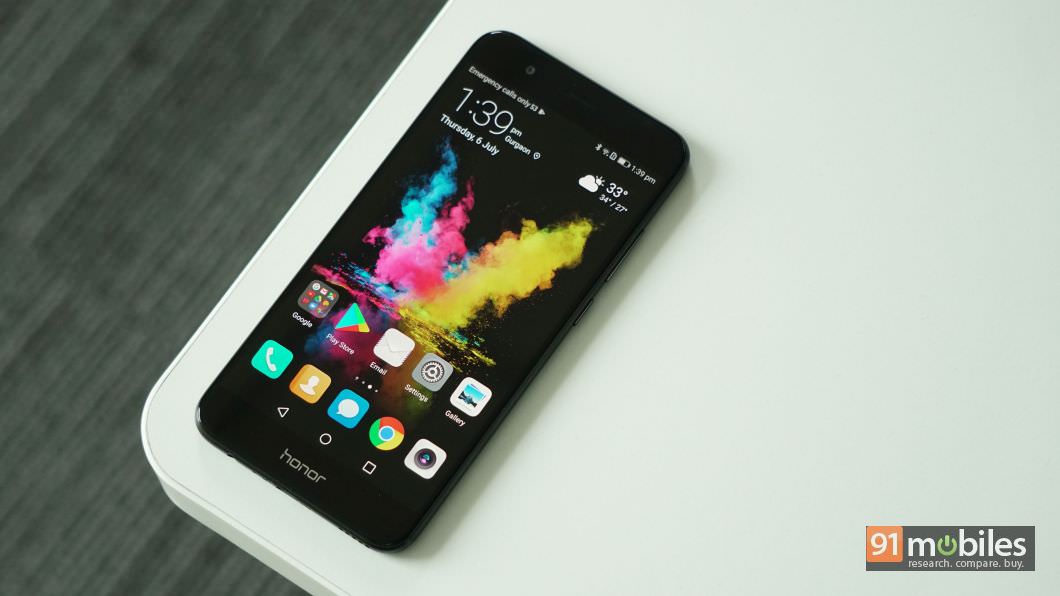 Here is a brief run-through of the device for those who are unaware of what Honor 8 Pro packs within its metal unibody. The phablet comes fuelled with a Hi-Silicon Kirin 960 processor, mated to 6GB of RAM. The 16nm chipset is an octa-core SoC offering two quad-core clusters running at 2.4GHz and 1.9GHz, respectively. This means that the device is no slouch when it comes to performing and we will be testing the same during the course of this article. Other salient features include a fingerprint sensor, 4G VoLTE, dual-SIM, Wi-Fi, Bluetooth, and GPS. The front panel is dominated by a massive 5.7-inch display, which offers a resolution of 2,560 x 1,440 pixels. However, the mainstay of the smartphone is the dual 12MP cameras at the back with RGB + Monochrome setup.

Having got the specs out of the way, without any further ado, let us take a look at how the handset performs with benchmarking apps. The first one is the go-to app for almost everyone viz. AnTuTu, and the Honor 8 Pro scored a respectable 1,32,363 in the test. If you’re unaware, AnTuTu puts the device through rigorous tests and gives an overall performance score. 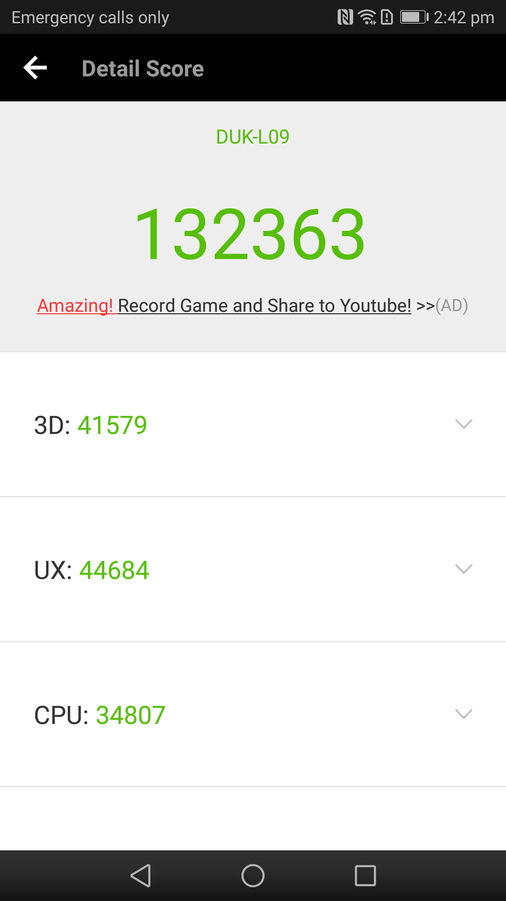 Moving on, the Honor 8 Pro scored 1,873 on the single-core test and 6,505 on the multi-core test on GeekBench 4.1. What this means is that even when only one core is activated, it can perform well. In case, all cores are working in tandem, it would deliver a buttery-smooth performance. The handset also scored a good 38,862 on the Quadrant benchmarking app. 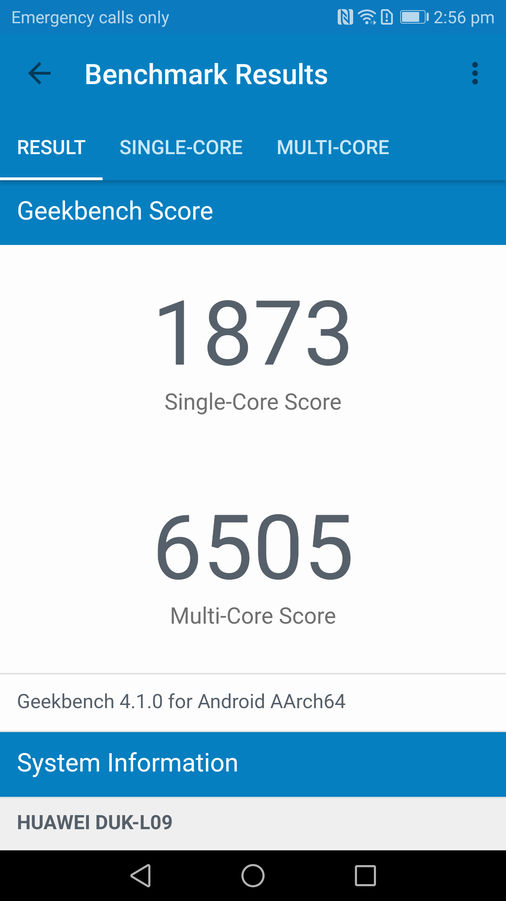 While these benchmarks do paint a picture that is very close to reality, they can’t actually gauge the real-life performance of the device. However, our usage suggests the similar results. Not just in basic tasks like navigating between screens, but even while gaming, the handset champions it way through intensive titles like the Dead Trigger 2 and Riptide GP 2. Playing casual games like Smash Hit and Subway Surfer is also a delightful experience. There were no frame drops or lag at all during our extensive gaming sessions. 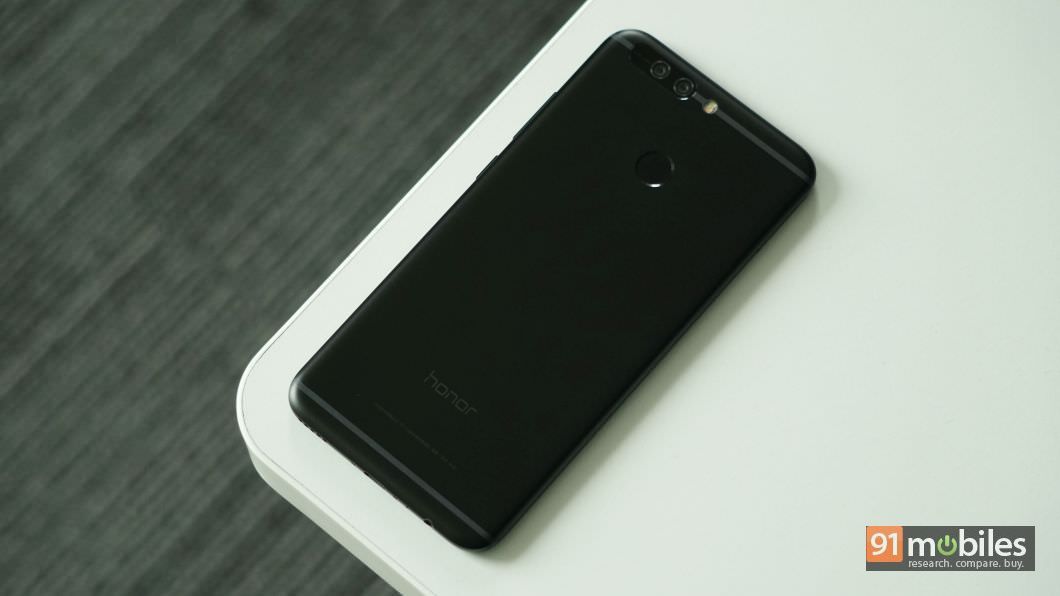 The gaming experience on the Honor 8 Pro is so good that we lost track of time quite often. Although the device heats up after continuous usage, on the plus side, it doesn’t impact the performance in any way.

Having put the handset’s performance extensively through its paces, we can conclude that the handset will have no trouble multitasking and can handle even the most resource-hungry games or apps. The Honor 8 Pro is already up for grabs on Amazon India for 29,990 and is available in Black and Blue hues.

Top smartphones for gaming under Rs 35,000

Honor 8 Pro review: beating the flagship killer at its own game