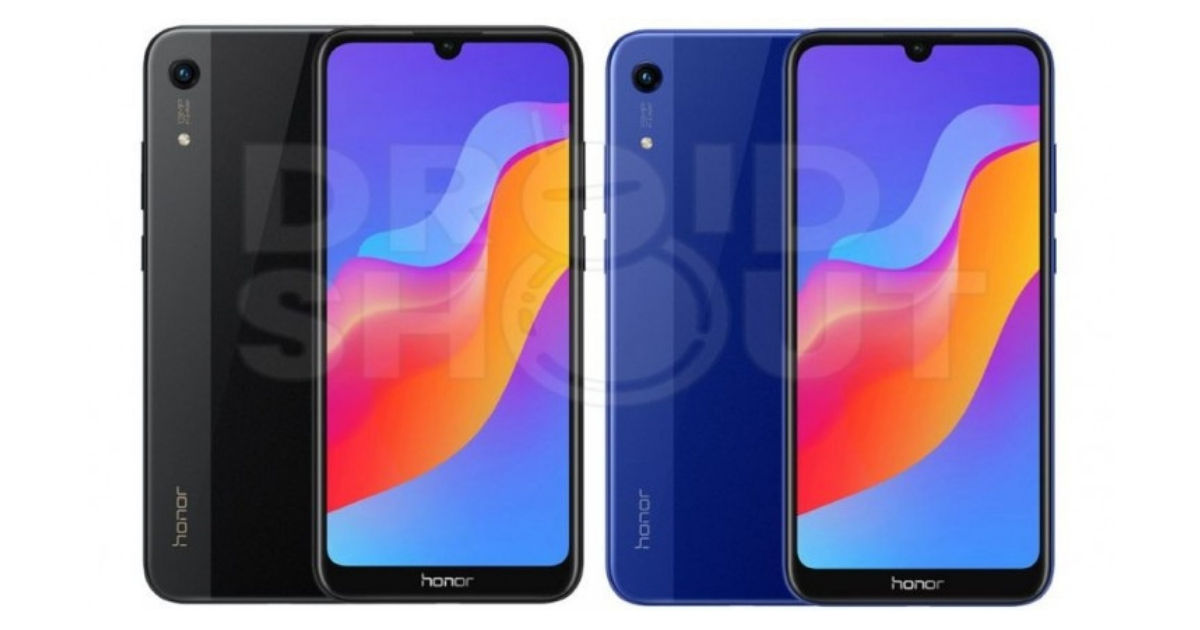 
Huawei’s sub-brand Honor will be launching the successor to last year’s Honor 7A this month. Reports suggested that the Honor 8A will be announced on January 8th in China and then Honor confirmed the launch date by posting a teaser on Weibo recently. The Honor 8A will be a budget smartphone with decent hardware that will compete with phones such as the Redmi 6 from Xiaomi. The Honor 7A was last year’s cheapest phone and it did quite well in India and China.

In the latest renders, the Honor 8A is seen in two colour variants and better shows the teardrop notch on the display. You will be able to purchase the phone in Black or Blue colour options. As you can see in the renders, the phone does not feature a fingerprint scanner at the back. Compared to the Honor 7A, the 8A has a better design and screen-to-body ratio. It uses a plastic back, which looks like glass, instead of the all metal design of the predecessor.

As for specifications, the Honor 8A will be powered by a MediaTek Helio P35 processor and will have 3GB of RAM with up to 64GB of storage. The phone will feature a 6.09-inch LCD display with HD+ resolution. It will have a single 13-megapixel rear facing camera and an 8-megapixel front camera for selfies. A 3020mAh battery will keep the lights on and the phone will run a new EMUI 9.0 OS based on Android 9.0 Pie, out of the box.

This isn’t the first time that the Honor 8A has leaked online though. Last month, the Honor 8A Pro stopped by the Wi-Fi Alliance and revealed itself. The Pro variant will feature a fingerprint scanner. It would also feature more RAM and a slightly larger battery, according to reports. Honor will bring these phones to India as well, but the exact dates aren’t known. We expect it to arrive in India within a few weeks after announcement. For more information on these phones, we suggest that you wait a few more days.