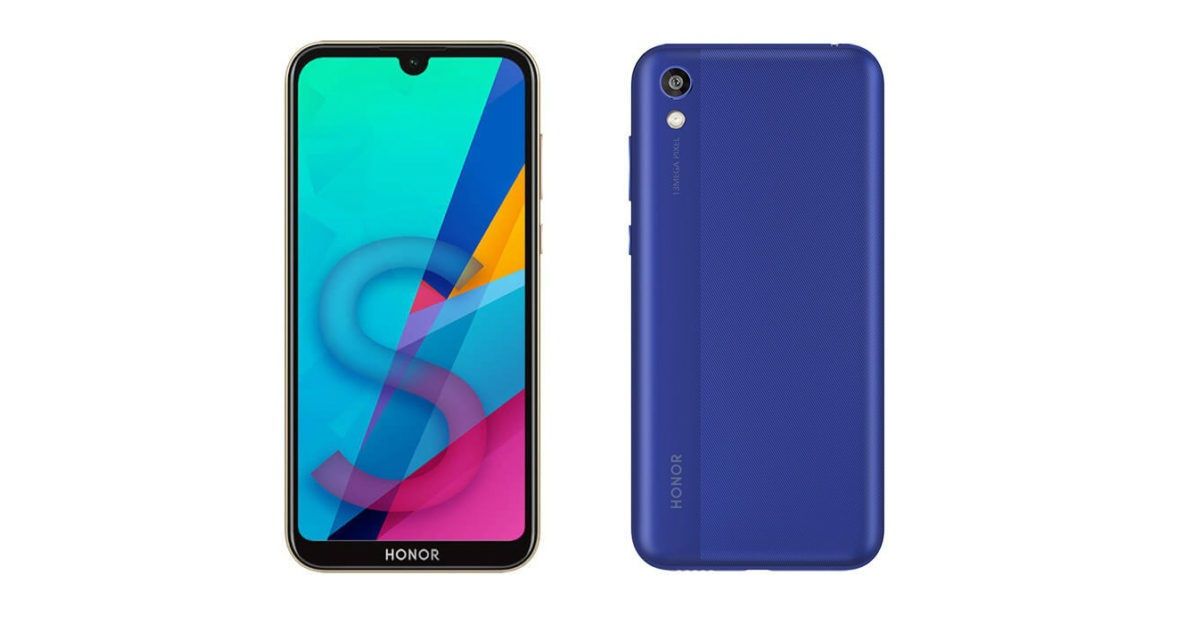 After the Honor 8A Pro smartphone, Huawei sub-brand Honor’s next smartphone could be the Honor 8S. The handset is likely to be the new entry-level offering from the brand and a successor to last year’s Honor 7S smartphone. Honor is yet to reveal its launch date, but a source a German source WinFuture has spilled the beans on the Honor 8S design and specifications. The tipster managed to lay its hands on the handset’s images, which reveals dewdrop notch display and a single rear camera with LED flash on the rear.

The Honor 8S will miss out on a fingerprint sensor and have a polycarbonate back with no glass. The display on the device isn’t quite bezel-less. As seen from the image (above), there will be a chin at the bottom with Honor branding and a fair amount of bezels on the sides. The top edge of the phone seems to have 3.5mm headphone jack, while the charging port at the bottom, with volume rockers on the right edge. The device may come in Black, Blue, and Gold colour options.

As for the specifications, the Honor 8S is tipped to feature a 5.71-inch display with HD+ resolution. The handset will be driven by MediaTek Helio A22 octa-core processor clocked at 2.0 GHz and paired with 2GB RAM and 32GB of internal storage (in Western Europe, it could come with 3GB of RAM and 64GB storage). The storage can reportedly be further expanded up to 256GB by adding a microSD card slot.

The phone will reportedly rock a 13-megapixel primary camera and a 5-megapixel selfie shooter on the front. Other features, said to be part of Honor 8S, include a 3,020mAh capacity battery and Android 9.0-based EMUI 9.0 running out of the box. The only missing information here is the Honor 8S price and availability, which is likely to be revealed at its launch event.

Honor 8A set to launch in China on January 8th