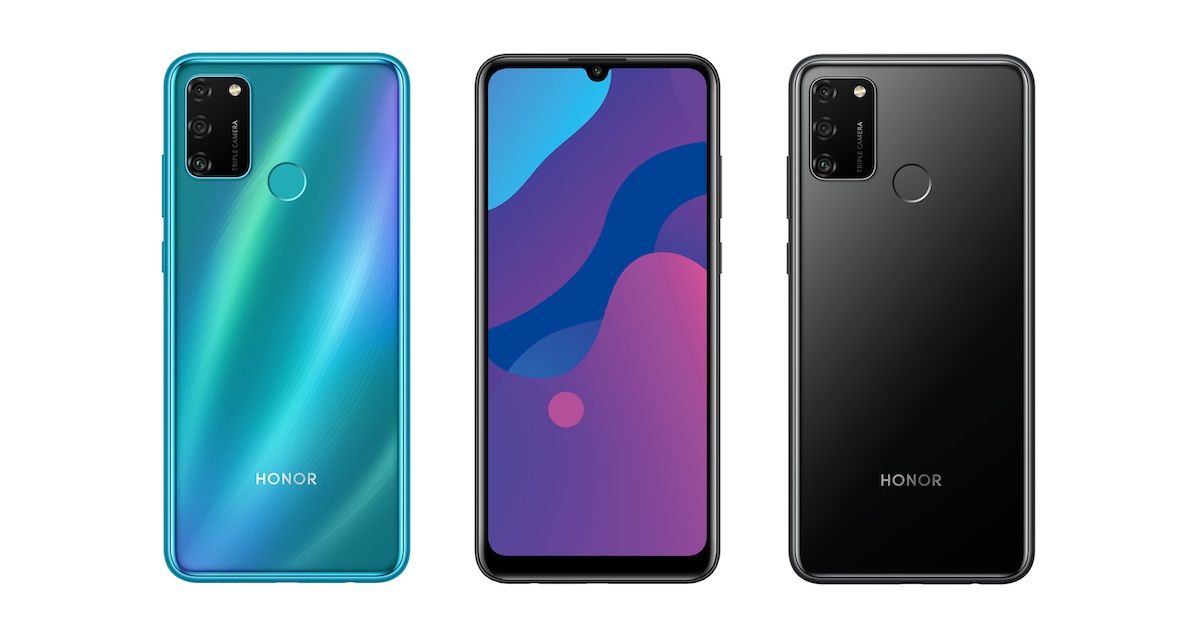 Honor 9A and Honor 9S budget smartphones were launched in India on Friday. Both the phones were globally announced back in April and come with modest specifications and affordable prices in the country. Both the smartphones share the same MediaTek Helio P22 chipset, but come with different designs and specifications. The Honor 9A touts a waterdrop display, 5,000mAh battery and 13MP triple cameras. The more affordable Honor 9S comes with a traditional 18:9 display, 3,020mAh battery, and a single 8MP camera. Both the phones run Android 10 OS out of the box, but will not have Google Play Services. Instead, they come with Huawei’s own App Gallery for apps and games.

Honor 9A, Honor 9S price in India and sale date

Honor 9A price in India is set at Rs 9,999 for the single 3GB + 64GB model and will be available via Amazon.in from August 6th during Prime Day sale in Midnight Black and Phantom Blue colours. Customers can avail a Rs 1,000 off on the Honor 9A during the first sale, bringing the price effectively down to Rs 8,999. The Honor 9S is priced at Rs 6,499 in India and will go on sale on Flipkart starting August 6th. Customers can avail a Rs 500 discount on this model during the first sale, bringing the price down to Rs 5,999.

Honor 9A sports a 6.3-inch HD+ display with a waterdrop notch and slim bezels. It is powered by the MediaTek Helio P22 SoC coupled with 3GB RAM and 64GB internal storage that is further expandable via a microSD card. The handset runs Android 10 OS with Magic UI 3.1.1 custom UI on top and has App Gallery in place of Google Play Store. As for the optics, the Honor 9A has triple cameras with a 13MP primary sensor, a 5MP macro lens and a 2MP depth sensor. There is an 8MP snapper on the front for selfies and video chats. The handset features a 5,000mAh battery, a rear-mounted fingerprint sensor, and face unlock.

The Honor 9S has a slightly smaller 5.45-inch HD+ IPS LCD display with thick bezels above and below the screen. It is powered by the MediaTek Helio P22 SoC paired with 2GB RAM and 32GB expandable storage. The phone also runs Android 10 minus Google Play Store. For optics, there is a single 8MP snapper on the rear and a 5MP snapper on the front for selfies and video chats. The phone packs a modest 3,020mAh battery and does not come with a fingerprint sensor, but it does support face unlock.