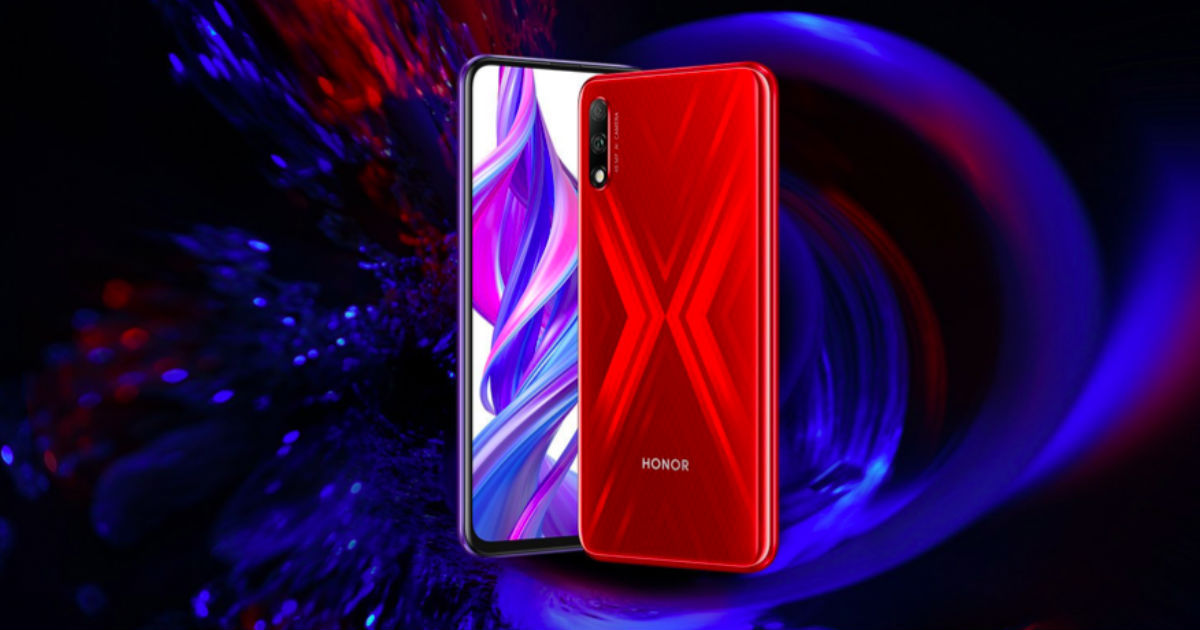 Honor 9X and Honor 9X Pro smartphones are finally official. Honor took the wraps off its new mid-range offerings at an event in China today. The two Honor handsets are the first from the brand to come with pop-up selfie camera module. These smartphones also rock the latest 8nm HiSilicon octa-core Kirin 810 mobile platform, which is the same as the company’s flagship Kirin 980 SoC. In addition to this, the Honor 9X series boasts of a 48-megapixel Sony IMX586 primary sensor, a side-mounted fingerprint scanner, and a beefy battery with fast-charging support.

The Honor 9X and Honor 9X Pro both replicate the design that we saw with the Honor 20 series, at least on the back. The rear panel of the handsets has a gradient finish with a glass layer atop. However, instead of using an arrow-like design, the brand has used an X-shape that stands out for its brightness. The fascia of the Honor 9X series sports a borderless 6.59-inch OLED screen with full HD+ resolution (1,080 x 2,340p).

Under the hood, both Honor 9X and Honor 9X Pro are equipped with 2.27GHz Kirin 810 SoC coupled with liquid cooling, up to 8GB of RAM, and up to 256GB user-expandable storage. There is GPU Turbo 2.0 technology onboard for optimised performance while gaming. These handsets come pre-loaded with Android 9 Pie-based EMUI 10 out of the box to take care of the software side of things, while on the battery front, they house an impressive 4,000mAh cell.

While both Honor 9X and Honor 9X Pro feature 48-megapixel Sony IMX586 (f/1.8) primary sensor coupled with a 2-megapixel depth sensor for bokeh shots, there is an additional 8-megapixel wide-angle lens on the Pro variant. The front camera in both the offerings sports a 16-megapixel shooter with an f/2.2 aperture lens for selfies and video calling. A side-mounted fingerprint scanner and face unlock rounds off the specs sheet of the Honor 9X series smartphones.