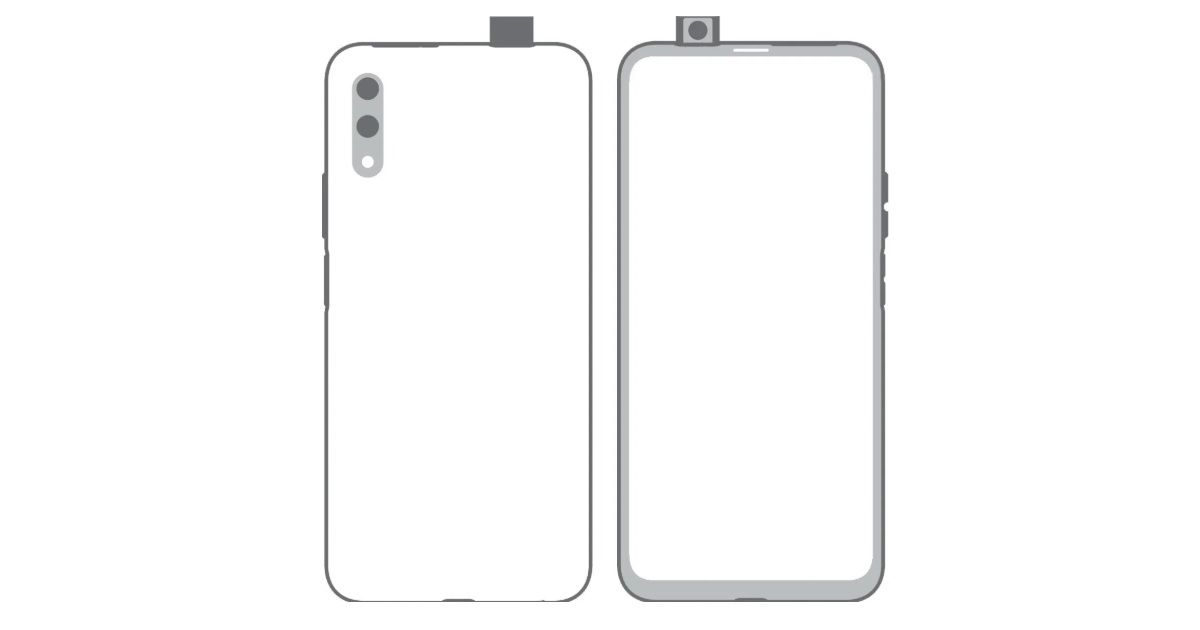 Just yesterday, Honor announced that it will be launching its next X series smartphones at an event in its home market of China on July 23rd. In the series, the company will be introducing the Honor 9X and Honor 9X Pro handsets at the event. The two smartphones will arrive as the successor to the last year’s Honor 8X. Ahead of the unveiling, the upcoming handsets have been the subject of a number of leaks and reports lately. Most recently, the alleged Honor 9X and Honor 9X Pro specs sheet were leaked on the interwebs. Now, a schematics of the former has been surfaced online, apart from an alleged render of the latter. In addition, the company has confirmed one key specification of the Honor 9X. 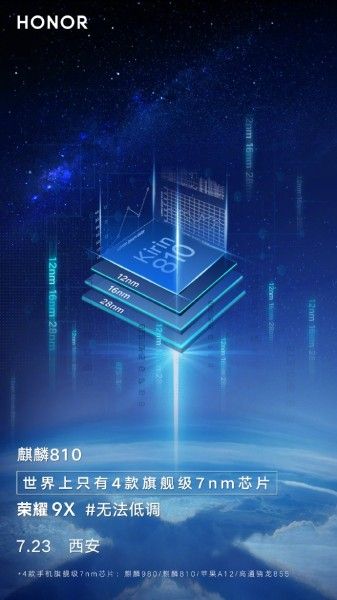 Talking about the confirmed feature first, Honor has announced that it will be launching the Honor 9X with the recently unveiled Kirin 810 processor. The new SoC was unveiled a couple of weeks ago as the company’s 2nd 7nm chipset. The processor was debuted with the Huawei Nova 5 series smartphones. The Kirin 810 is an octa-core SoC comprising of six Cortex-A55 cores clocked at 1.88GHz and two Cortex-A76 cores with a clock speed of 2.27GHz.

As for the schematics, the photo shared by Evan Blass aka @evleaks suggests that the Honor 9X will arrive with a pop-up selfie camera. The sensor will come out of the top edge in the left side. The all-screen offering appears to have two vertically-placed cameras at the rear. While it’s not clear from the photo, the smartphone’s fingerprint sensor could be placed either under the screen or on its side. Notably, the leaked render of the Honor 9X Pro shows the same design as the schematics.

There’s no word regarding the pricing and availability of the Honor 9X and 9X Pro smartphones at the moment. We will have official details in the coming weeks, so stay tuned.