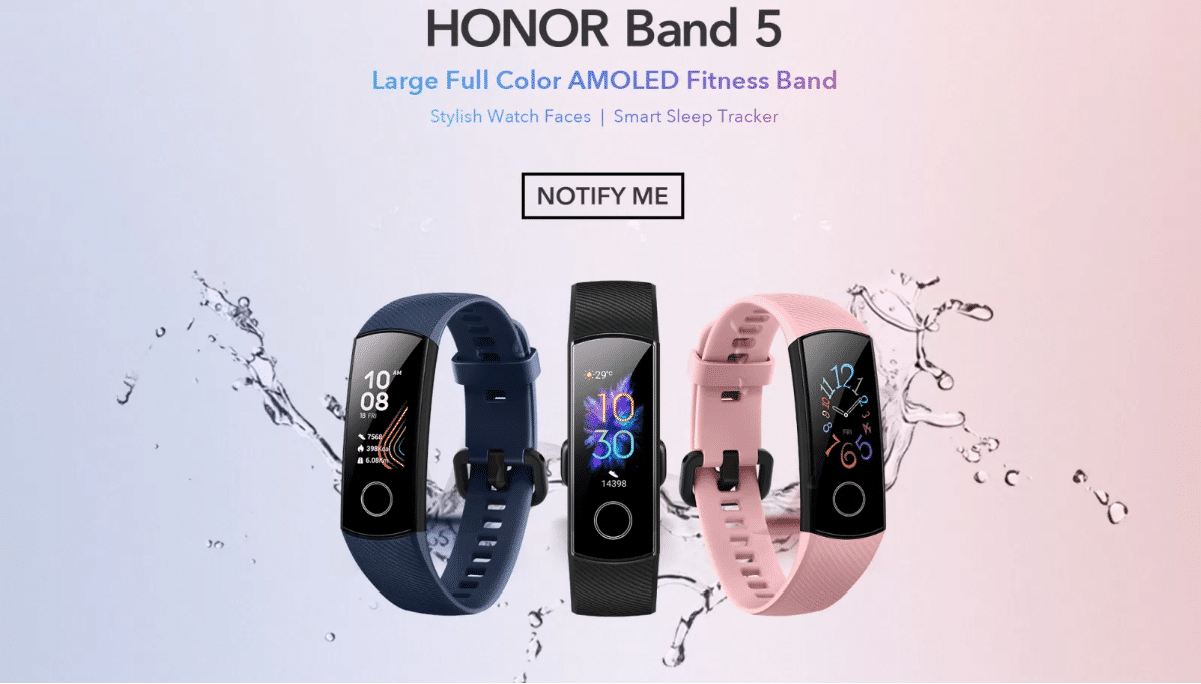 Yesterday, we exclusively reported that the upcoming Honor Band 5 would be priced around the Rs 3,000 mark. That bit of information is now confirmed today as a Flipkart listing has revealed the exact pricing of the accessory. The Honor Band 5 will indeed be priced at Rs 2,999. The listing shows the fitness band is coming soon while there’s also a landing page on the e-commerce portal that details all features and users can sign up to it to get notified when the product will be available.

The Honor Band 5 comes in Meteorite Black, Midnight Blue, and Coral Powder and all these three options have been listed on the Indian portal as well. The standout feature of the Honor Band 5 is its 0.95-inch AMOLED Full-Colour display. It’s protected by 2.5D glass and is touch-sensitive. The Honor Band 5 will also have a plethora of watch faces to choose from. The Honor Band 4 successor also has a 24-hour heart rate monitor that is powered by infrared technology as well as real-time sleep monitoring. Being a fitness band, it has ten distinct modes that will be suited to different types of workouts such as running, cycling, swimming, and more. There’s also a 6-axis inertial sensor and blood oxygen level tracker, which can help monitor fatigue, dizziness, and poor sleep. The Honor Band 5 will be a competitor of the Mi Band 4 which has yet to be announced in India but is official in China and offers similar features.

The Honor Band 5 is water-resistant up to 50 meters and the 100mAh battery is claimed to last 14-days standby on a single charge. As per our exclusive report, the launch of the band should take place tomorrow, coinciding with Samsung’s Galaxy Note 10 series launch.