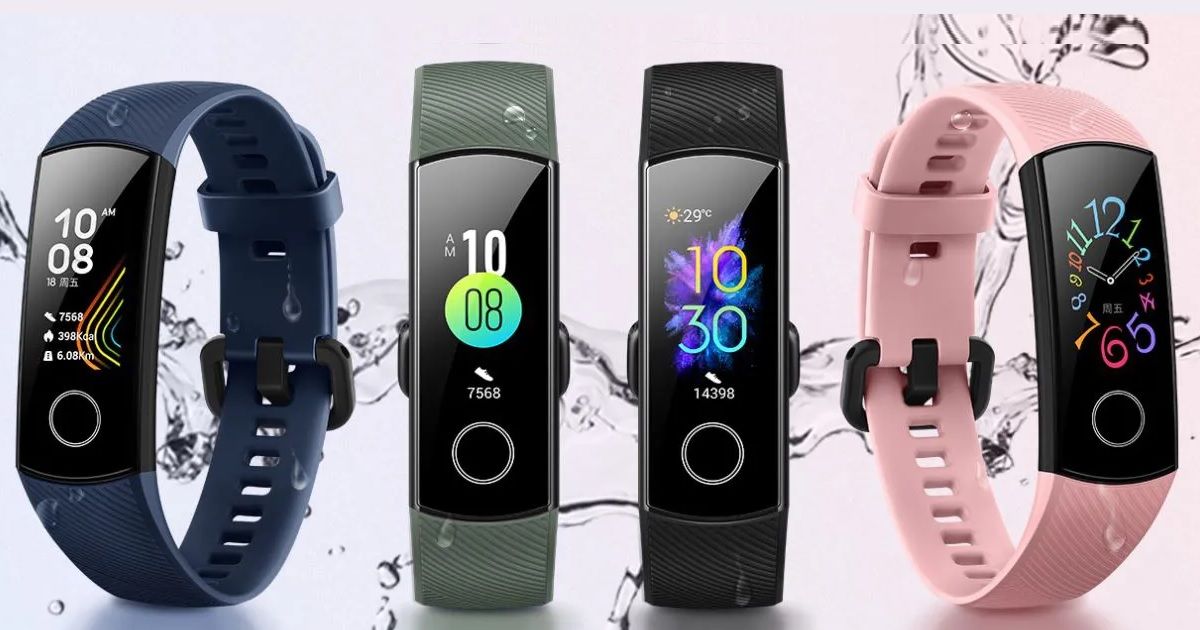 “The Honor Band 5 is capable of measuring oxygen levels in your blood to detect fatigue, dizziness, and poor sleep”

Honor Band 5 fitness tracker has been launched in the brand’s home market of China alongside the Honor 9X and 9X Pro smartphones. The company’s latest wearable was announced last week, but the vendor has announced the complete Honor Band 5 specifications just today. The new fitness tracker is capable of measuring blood oxygen levels, apart from heart rate monitoring. The former feature allows the Honor Band 5 to detect fatigue, dizziness, and poor sleep. In addition to the fitness tracker, the brand has also introduced the Honor MagicBook Pro, which is a premium laptop with highly narrow bezels and metallic body.

The Honor Band 5 has been priced affordably at RMB 189 (~Rs 1,900), and will be available in three colour variants – Meteorite Black, Midnight Blue, and Coral Powder. The Honor MagicBook Pro laptop is being offered at the starting price of RMB 5,499 (~Rs 55,000).

The Honor Band 5 is capable of tracking 10 different fitness activities like running, cycling, swimming, and more. The wearable is waterproof up to 50 metres. The accessory has sensors like a 6-axis inertial sensor, a PPG heart rate monitor, and infrared light wearing detection sensor. The device offers a 0.95-inch AMOLED display bearing a resolution of 240 x 120 pixels. The fitness tracker has Bluetooth connectivity and is compatible with devices running Android and iOS. The device is capable of delivering 14 days of normal usage.

As for the Honor MagicBook Pro, the notebook features an all-metal body, new cooling system, and a pop-up selfie camera that hides under a key on the keyboard. The device has a 16.1-inch full HD display with 300 nits of brightness. The laptop can be configured with 8th-gen Intel Core i5 or Core i7 processors. The notebook comes with NVIDIA GeForce MX250 graphics, 8GB of RAM, and 512GB of solid-state drive storage.

Software-wise, the Honor MagicBook Pro boots 64-bit Windows 10 Home. The device has a fingerprint sensor that’s placed under the power button. The connectivity features include dual-band Wi-Fi, Bluetooth 5.0, three USB 3.0 ports, and a USB Type-C port for charging. Lastly, the MagicBook Pro is fitted with a 56Wh battery, and it comes with Dolby Atmos-powered speakers for an immersive media experience.