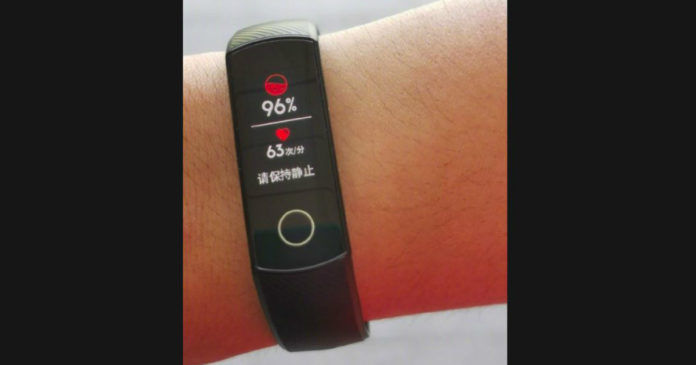 “The Honor Band 5 will be the next-gen fitness band from the brand, succeeding the last year’s Honor Band 4”

Honor Band 5 will be unveiled at an event in China on July 23rd. The next-gen Honor Band 5 fitness wearable that was recently teased by the Honor CEO is said to make its debut alongside the Honor 9X series and rumoured MagicBook Pro notebook. The sub-brand of Huawei has already started accepting the pre-orders for the wearable in the country. Notably, the vendor is carrying the pre-orders of the ‘standard edition’ of the band. This indicates that a more advanced version of the Honor Band 5 could be launched at the event.

The successor to the Honor Band 4 is available for pre-orders on various e-commerce platforms in China, including Vmall, Tmall, Suning, and JD. Interested buyers can pre-book the fitness band by making a small deposit now. The complete payment for the band should be made between 6pm on July 23rd and 6pm on July 24th. Customers participating in the blind orders will be given priority delivery service and AM115 headphones (only with first 500 orders). The scheme starts from today and will continue until Honor Band 5 launch date, which is July 23rd.

While the listing doesn’t reveal the specifications, it states the three colour options: Ochre Black, Midnight Blue, and Coral Pink. Moreover, the wearable has a striking resemblance to the last year’s Honor Band 4. There is going to be a circular button at the bottom of the screen and detachable TPU bands on either side. It was recently revealed that the Honor Band 5 will come with a large size colour OLED display, blood oxygen level monitor, fatigue detection, and sleep consistency and hypoxemia dizziness tracking features.

That’s all the information we can divulge at the moment!