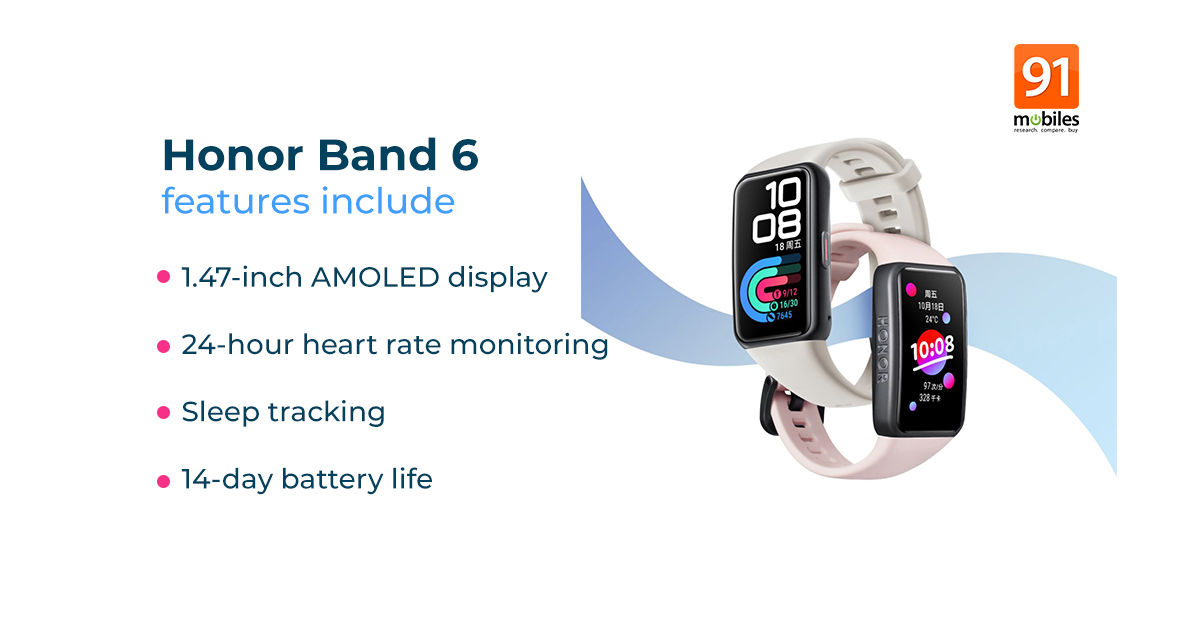 Honor has announced its newest fitness tracker, the Honor Band 6, at CES 2021. It is a feature-rich fitness tracker that comes with an integrated SpO2 sensor that can be used to monitor blood oxygen levels. Honor Band 6 also comes with a dedicated heart rate sensor, allowing for sleep tracking functionality via its in-house TruSleep technology. Honor says that the Honor Band 6 will be available for sale in China initially, while a global release will follow soon after. If the global pricing is anything to go by (US$35), we can expect the Honor Band 6 price in India to be around Rs 2,500.

Some key Honor band 6 specifications include a 1.4-inch AMOLED screen with a resolution of 194 x 368 pixels protected by a layer of 2.5D glass. Unlike similarly-specced fitness trackers from the likes of Xiaomi, the Honor Band 6 does not come with a capacitive key. Instead, it uses a physical button that can be used in tandem with the navigation gestures to access the fitness tracker’s features.

Other Honor Band 6 features include water resistance up to 5ATM, menstrual cycle tracking, a dedicated sports mode that can track ten different activities such as running, cycling, swimming, and Bluetooth 5.0. Its 180mAh battery can power the Honor Band 6 for up to 14 days on a single charge. Users can personalize their Honor Band 6 with up to 100 watch faces via the connected app. It’ll be interesting to see how the Honor Band 6 holds up against similarly-specced alternatives from Xiaomi, Realme, and OnePlus.