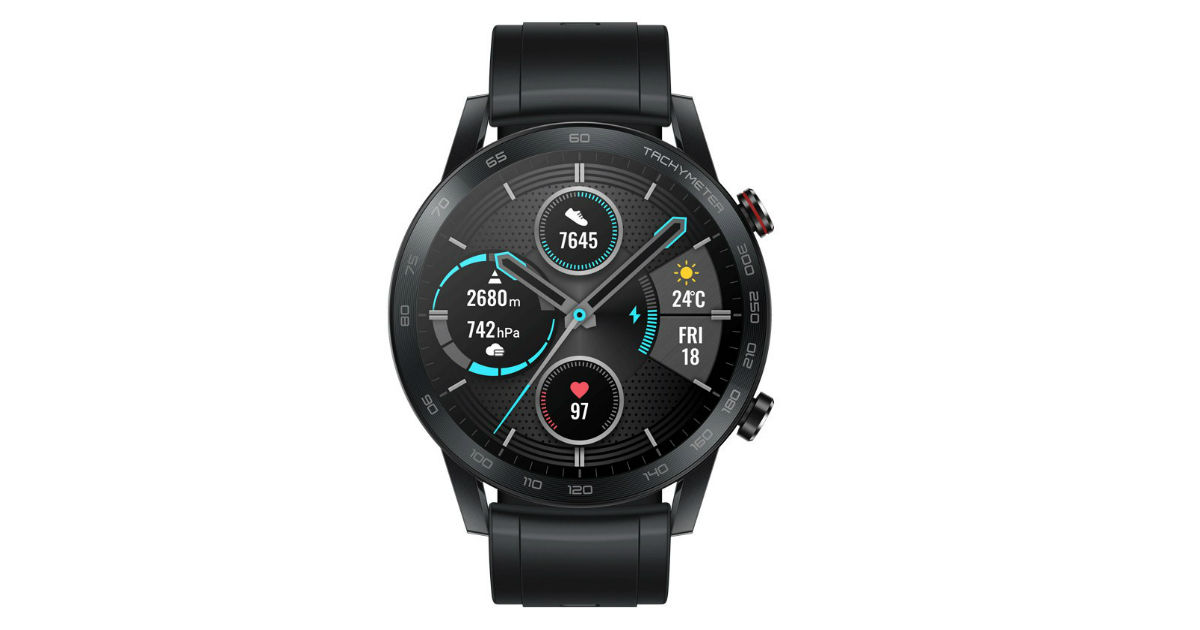 “Honor Magic Watch 2 ships with Kirin A1 chipset coupled with 4GB of storage, of which 2GB storage can be used to store around 500 songs”

Honor Magic Watch 2 has been officially unveiled in China. The smartwatch is made of 361L stainless steel and comes in two sizes — 42mm and 46mm. The latter is claimed to last up to 14 days on a single charge with every feature enabled, while the former is said to offer up to seven days of battery life. The Honor Magic 2 42mm packs a smaller 1.2-inch circular display, while the 46mm gets a relatively larger 1.39-inch AMOLED display.

The Honor Magic 2 smartwatch is 5 ATM water-resistant up to 50 meters. It has GPS, 15 fitness modes and a virtual pace-setter that helps users keep up with their target time. There is heart rate monitor, sleep schedule and stress tracker as well. The Magic Watch 2 can calculate the SWOLF score – which is the sum of the number of strokes and seconds you needed to swim one length of the pool. It is driven by the Kirin A1 chipset coupled with 4GB of storage, of which 2GB storage can be used to store around 500 songs. It connects via Bluetooth and is claimed to be a functional from even 150 meters away.