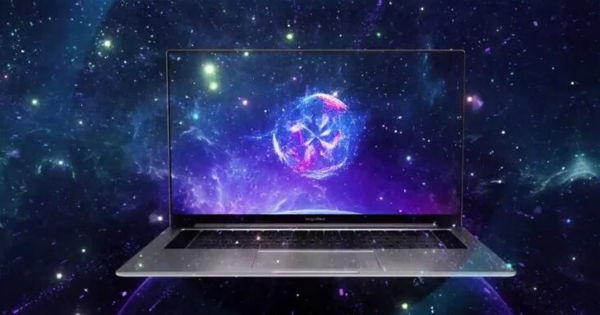 “The Honor MagicBook Pro is expected to come with a 16.1-inch display, 512GB SSD storage, and optional Nvidia MX250 graphics”

Huawei’s sub-brand Honor scheduled an event in China on July 23rd. At this point, it is confirmed the brand would be unveiling the Honor 9X and 9X Pro mid-range phones at the event. However, that’s not all; Honor is also rumoured to introduce the MagicBook Pro laptop as well. Now, confirming the same, the company has released a teaser highlighting some of its key features. According to the promotional teaser, the Honor MagicBook Pro is expected to come with a full-screen design with minimal bezels, improved performance and lightweight design.

Earlier rumours suggest the MagicBook Pro might come with a 16.1-inch display and the base variant will come with Intel i5-8265U processor coupled with an Nvidia MX250 graphics, 8GB of memory and 512GB SSD storage. The laptop could have multiple options. The MateBook could feature dual speakers on both sides of the keyboard and a web camera hidden in the middle of a function key, similar to the previous generation MateBook laptops. The fingerprint sensor is embedded right into the power button for security. Unfortunately, no other details were revealed, but we should know more information, including pricing and availability when it goes official next week.

Separately, Honor recently forayed into the consumer electronics by announcing the Smart Screen TV. It’s said to come with an image processor and fast switching capabilities for better viewing experience. The TV is expected to feature interactive capabilities, information processing, and direct communication features as well. Honor is projecting it as the future of TVs with a dedicated focus on audio and video entertainment.