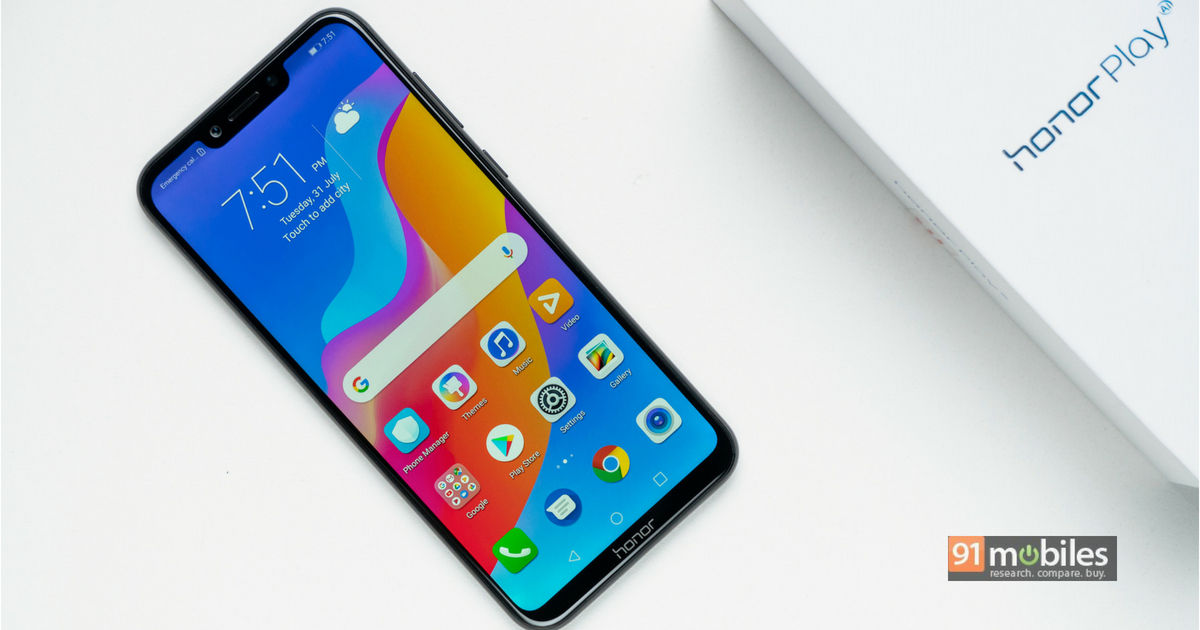 Honor is all set to launch its gaming-centric smartphone, the Honor Play, in India next week. Before the phone’s official unveiling in the country, we managed to get our hands on the upcoming handset, which boasts top-of-the-line specifications. So without further ado, here are our unboxing and initial impressions of the Honor Play.

The Honor Play comes packed in a minimal-looking retail box just like other offerings from the brand. As can be expected, as soon as you open the box, you are greeted with the smartphone itself. Beneath that, you get the standard documentation, a USB type-C cable, a wall adapter and a TPU case. 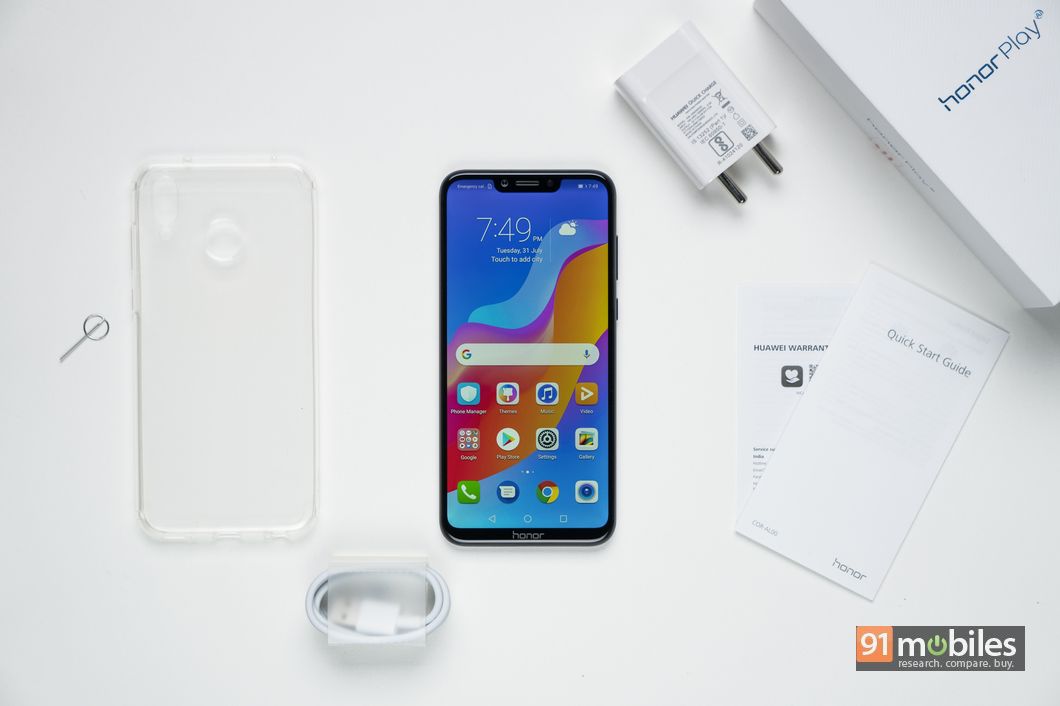 Swiftly jumping to the smartphone itself, the Honor Play comes with a metal construction, which makes it look and feel quite solid. Thanks to the matte finish, the handset offers a superb grip as well. At the back, you’ll find the dual-camera setup on the top left corner accompanied by the LED flash. There’s also a fingerprint sensor in the middle, which is easy to access, thanks to a compact design that does not feel unwieldy in the hand despite offering a large screen size. 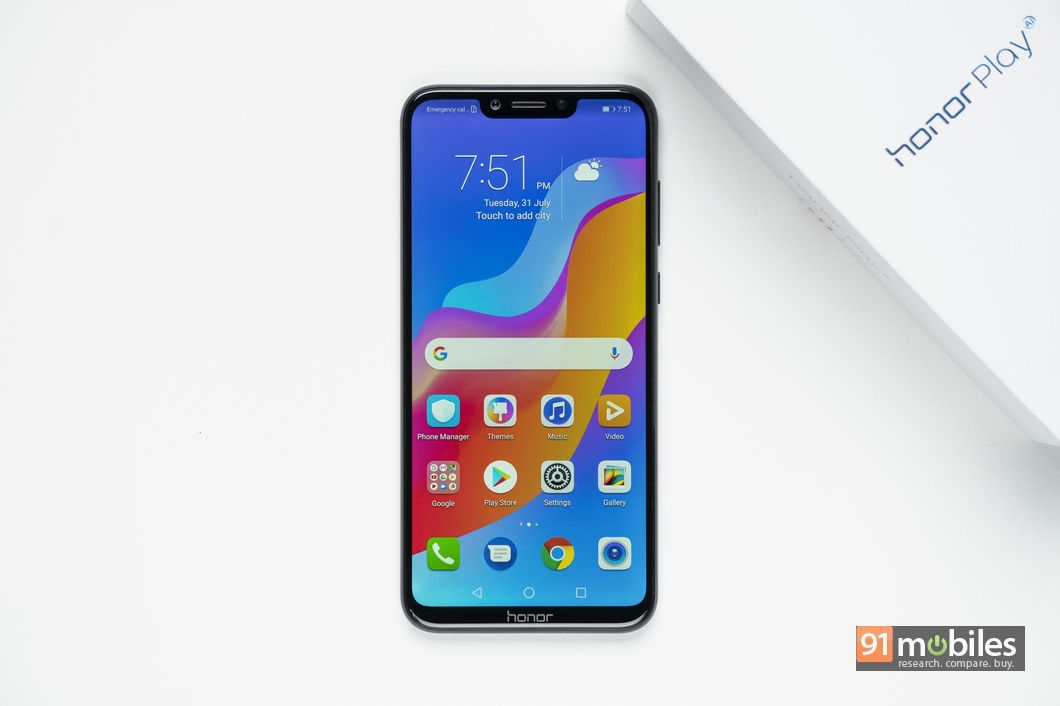 Coming to the sides, the power button and volume rocker are located on the right. Both buttons offer tactile feedback and are easily accessible, even when using the handset with one hand. Both the charging port and speaker grille are present on the bottom of the Honor Play.

At the front, much like its siblings, the Honor Play boasts a notch design to offer an impressive screen-to-body ratio. Considering that this new entry has been touted as a gaming smartphone, the slim bezels and large screen estate combine to offer an immersive experience while playing. The cut-out at the top constitutes of the earpiece and front camera, while the 6.3-inch IPS LCD display bears an FHD+ resolution (2,340 x 1,080 pixels) with a taller-than-usual aspect ratio of 19.5:9. 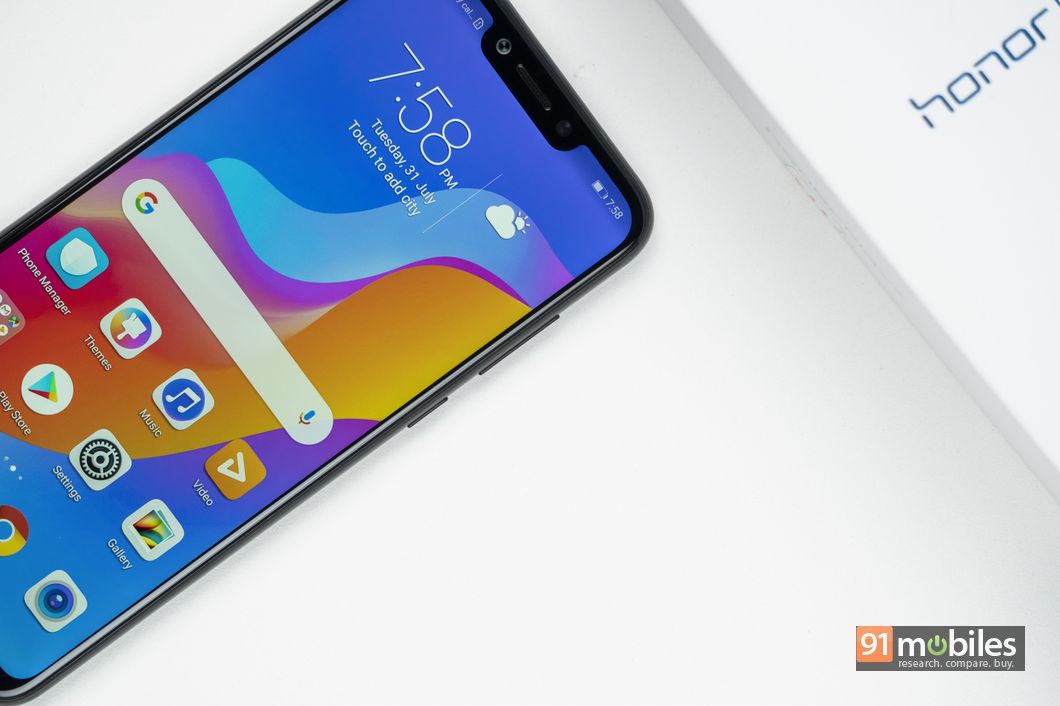 Moving on to the performance, the Honor Play packs the brand’s flagship octa-core HiSilicon Kirin 970 processor, which also powers the Honor 10 and recently-launched Huawei Nova 3 (review) handsets. The chipset is mated with either 4GB or 6GB of RAM. The latest device from Honor runs Android 8.1 Oreo-based EMUI 8.1 out of the box. From the looks of it, the brand has largely kept the interface similar and hasn’t added any gaming-centric customisations to the smartphone. As one of its key highlights, the Honor Play supports the brand’s all-new GPU Turbo technology that essentially works towards improving graphics performance while reducing the power consumption at the same time. 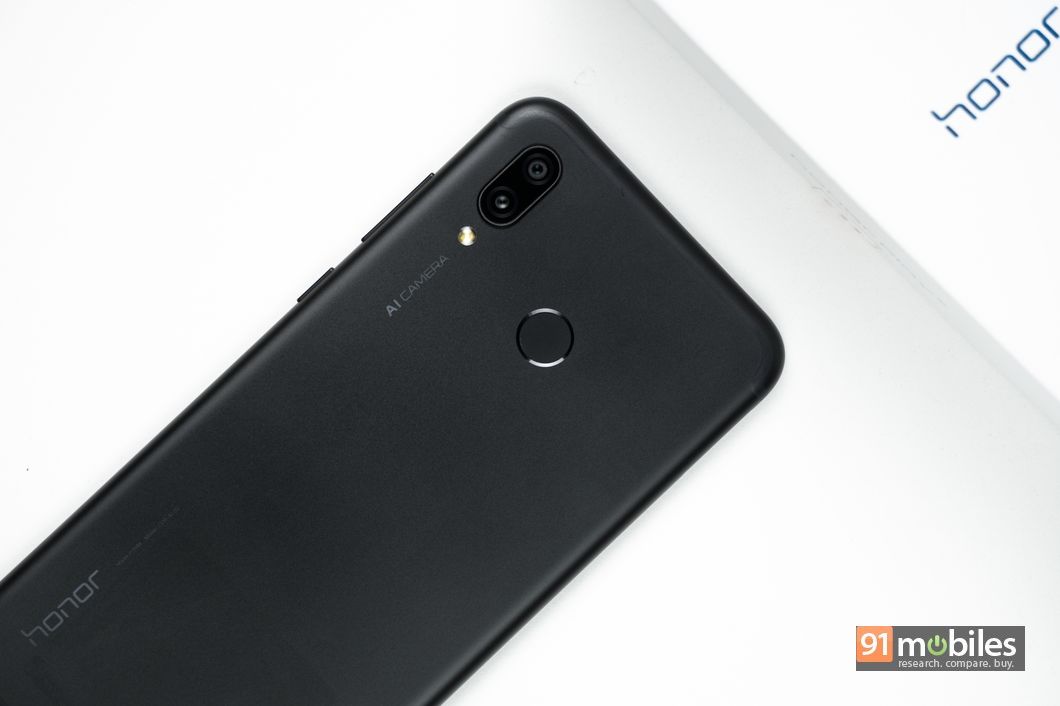 For a gaming handset, the battery life is a crucial aspect. To that measure, the Honor Play packs a 3,750mAh battery that supports fast charging. 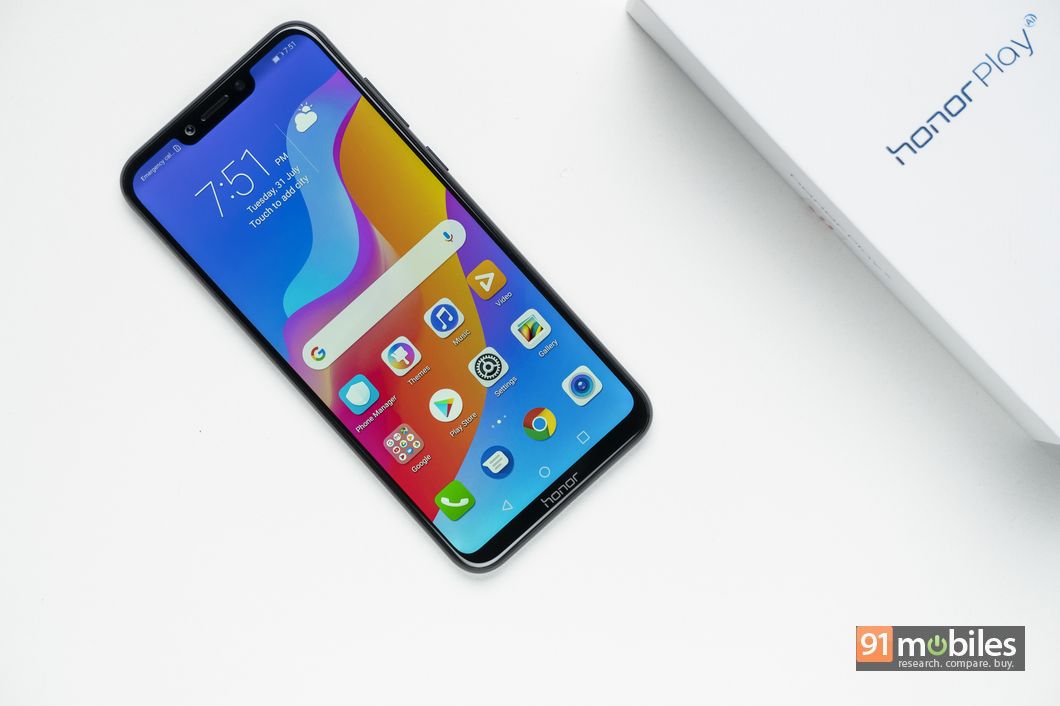 Currently, there’s no word on the pricing of the Honor Play in India. However, the handset is expected to be priced lower than the flagship Honor 10 (review), which makes it a compelling option in the mid-tier. We shall be putting the smartphone through its paces over the coming days, so keep an eye out for our review.