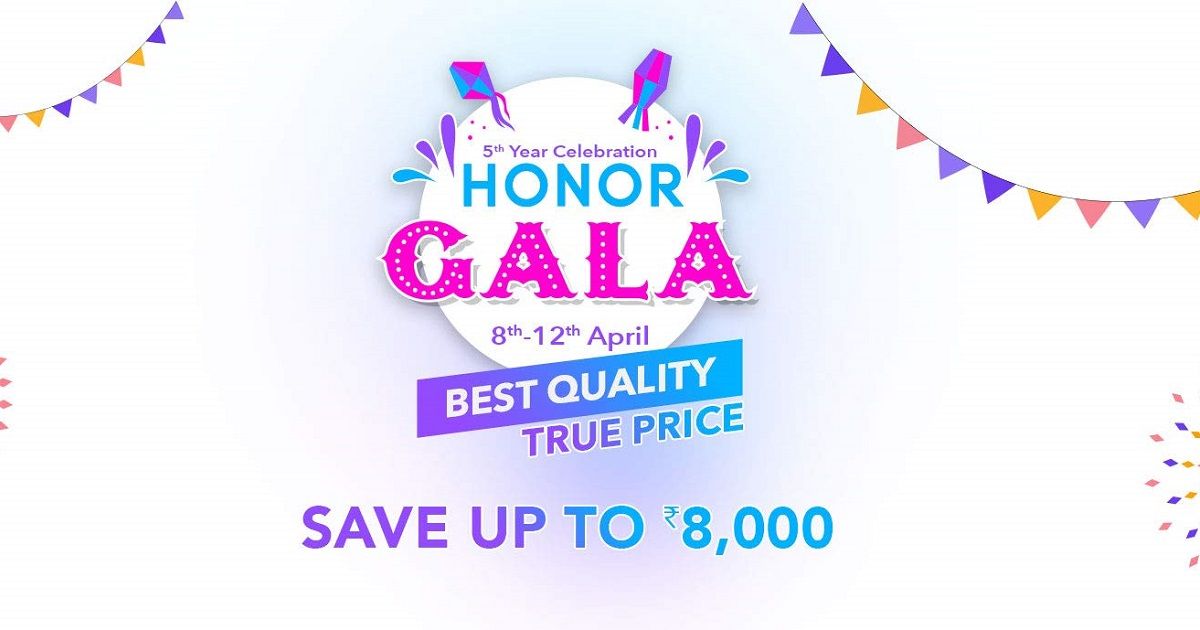 Chinese phonemaker Honor has announced a Gala sale only on e-commerce platforms Flipkart and Amazon.in in India. The sale begins from today, April 8th, and will continue until Friday, April 12th. It consists of exclusive deals and discounts on a range of Honor devices including the mid-range Honor 10, Honor Play; followed by Honor 10 Lite, Honor 9N, Honor 8x, Honor 7C, and Honor 7A. Here’s a look at all the deals on mobile phones in Honor Gala sale.

Honor 10 is the brand’s high-end smartphone from last year, featuring the HiSilicon Kirin 970 SoC ticking at its core. The handset also boasts of a notch-toting display, impressive 24-megapixel sensor, and dual rear cameras. The Honor 10 was originally launched at Rs 32,999 but can now be fetched for Rs 24,999.

The Honor Gala sale will also be offering the Honor 10 Lite smartphone with a price cut of Rs 1,000. Notably, the discount is only for the handset’s 4GB RAM variant, which comes with a sticker price of Rs 13,999. The handset is a watered-down version with the same selfie camera resolution as the Honor 10.

Looking for an entry-level smartphone, the Honor 7C may interest you. The handset was launched at starting price of Rs 9,999, but during the sale, it can be purchased at Rs 7,499.

The Honor 7S is an entry-level smartphone. The handset comes with a 5.45-inch display, quad-core processor, 3,020mAh battery, and a 13-megapixel primary camera. The device can be purchased for Rs 5,499, which is down from its initial price of Rs 6,999.

The Honor 7A is a slightly better smartphone than Honor 7S. The device features octa-core chipset, dual rear cameras, an 8-megapixel front camera, and a 5.7-inch HD+ display with 18:9 aspect ratio.

The Honor 9i can be snagged at Rs 10,999 during the Honor Gala sale on Flipkart. The handset comes with dual cameras setup both on the front and back. At its core lies, HiSilicon Kirin 659 chipset clocked at 2.36Hz and paired with 4GB of RAM.

The Honor 8C (first impression) is another budget smartphone in the lineup. The handset’s price has been slashed by Rs 2,000 for the sale to bring it down to Rs 8,999 from Rs 11,999 for the 4GB RAM option.