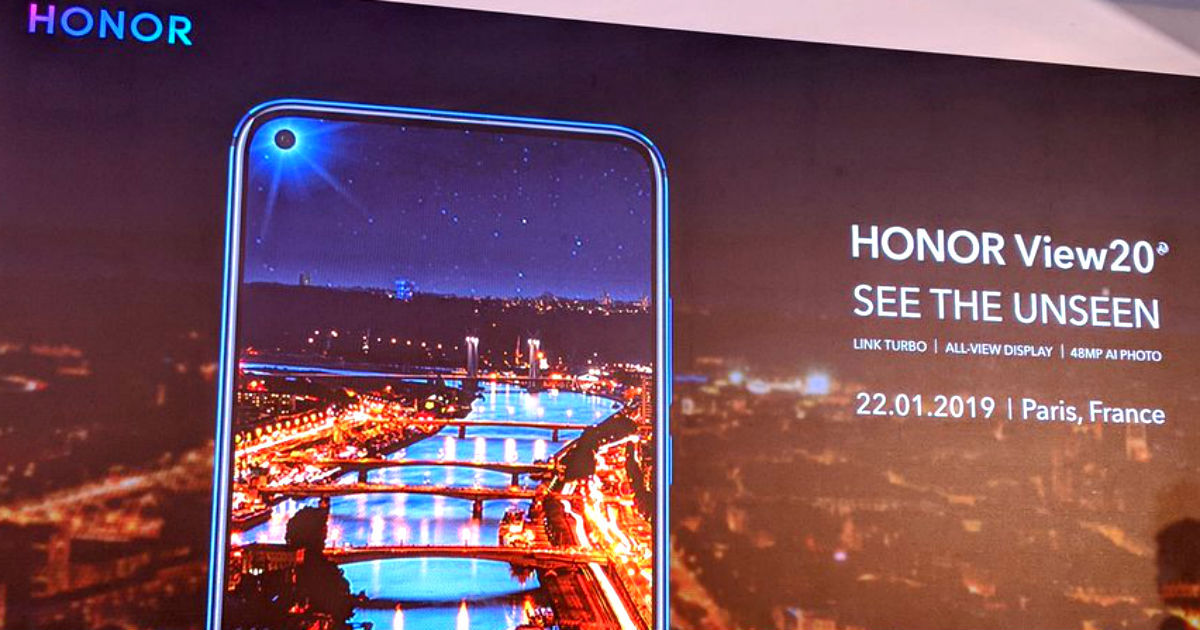 Honor is set to launch its next-generation smartphone with a hole in the display for the selfie camera, the Honor View 20, in Paris on January 22nd, 2019. Now, the brand has revealed that it will launch the Honor V20 smartphone in China on December 26th; the V20 will likely be the China variant of the View 20 smartphone. The move will be in line with the strategy that Honor adopted with the Honor V10 last year — the initial product launch was held in China in December 2017, with the device being called View 10 in the global markets. 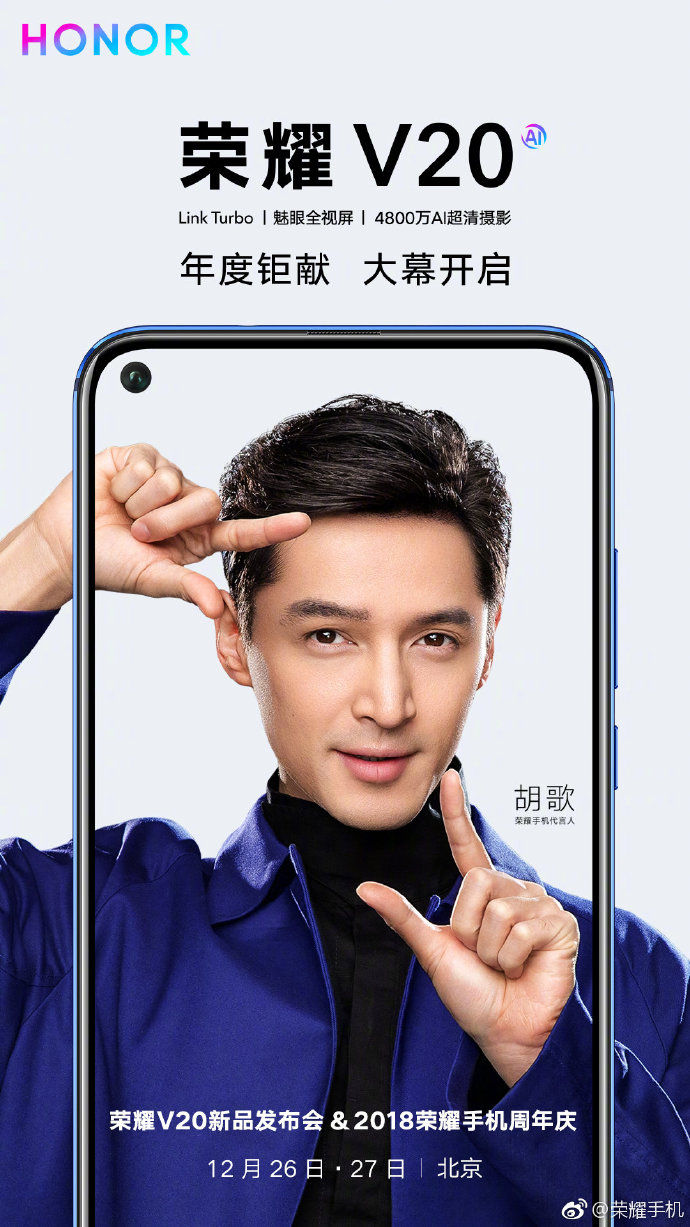 Prior to this, Honor shared a Save The Date invite for the launch of a smartphone in Paris, France on January 22nd. While it did not explicitly state the name of the phone, most speculations pointed to it bring the Honor View 20, with a hole-in-the-front camera.

Around the back: a huge 48MP sensor 1/2in Sony sensor 📷 pic.twitter.com/8VSPoFAN1n

Now, just a short while back, images shared on Twitter by Android Central‘s executive editor, Alex Dobie, seem to have confirmed that not only will the Honor View 20 (or V20 in China) come with the hole-in-the-display front camera but also feature a Sony IMX586, 1/2″-type primary image sensor. Honor appears to be claiming five patented technologies of its own being used in this smartphone, as well as emphasising on precision of the build. The camera also gets an AI assistant, as is the norm with an increasing number of smartphones these days.

The tweets by Dobie have also confirmed that the smartphone in question in the January 22 launch invite in Paris is, indeed, the Honor View 20. It also confirms the pre-launch in China on December 26, giving us an interesting insight into the world’s first in-display camera smartphone. The Honor View 20 is also expected to feature a full HD+ display, with screen resolution of 1,080 x 2,310 pixels, and be powered by Huawei’s in-house, 7nm SoC — the Kirin 980.