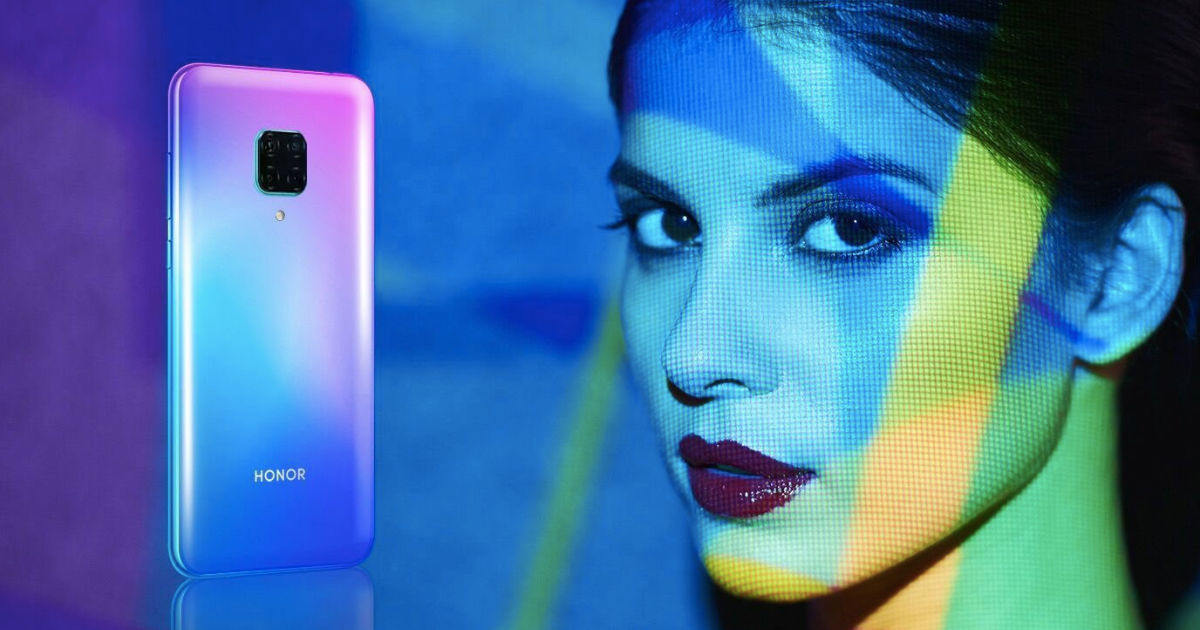 The Honor V30 series has been doing the rounds of the internet for quite some time. If rumours are anything to go by, the upcoming flagship from Honor could be announced later this month. Ahead of that, the alleged press renders and specs of the series – which includes Honor V30 and Honor V30 Pro – have surfaced online. The renders reveal the back of the Honor V30 series smartphone, which seems to have gradient finish and Huawei Mate 20 Pro-like camera setup.

It’s believed the regular V30 will have triple rear cameras, whereas its sibling the Honor V30 Pro will feature quad cameras. The main sensor is said to be 60-megapixel, which will most likely be better than 48-megapixel that the handsets’ predecessor Honor V30 Pro sport. Both the phones are expected to be powered by Huawei’s latest Kirin 990 chipset with the Honor V30 Pro getting 5G connectivity. The chipset is the new 7nm+ EUV process and features higher clock speeds and an additional NPU core.

Apart from this, the Honor V30 is tipped to feature an all-display fascia with punch-hole for one selfie camera and 4,000mAh battery with 22.5W SuperCharge instead, no wireless charging. The Honor V30 Pro, on the other hand, might come with dual selfie cameras in its OLED screen, a bigger 4,200mAh battery with an impressive 40W SuperCharge tech and 15W wireless charging support.

Like its parent company Huawei’s flagship Mate 30 series, the Honor V30 series may come pre-loaded with an open-source Android 10-based EMUI 10 out of the box. The handsets will lack Google support and services, including Google Maps, Gmail, YouTube, and more due to the ongoing US ban. That’s all the information we can divulge at the moment!