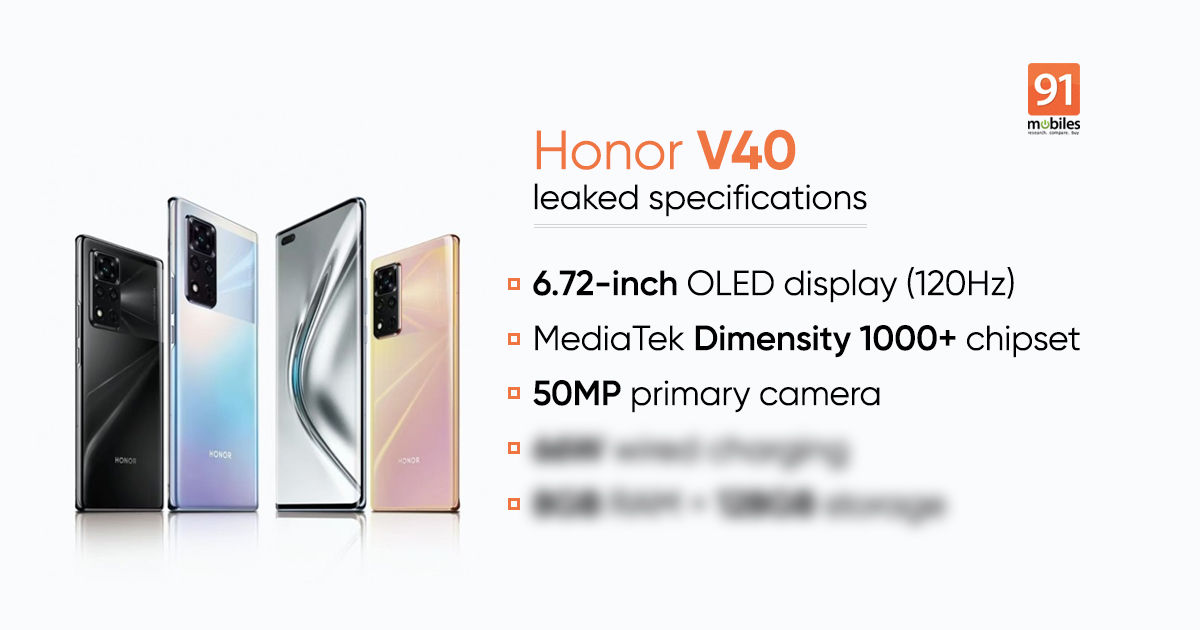 Honor V40 launch is just a few days away now and much about the flagship phone has already been revealed, right from its design to the specifications. The smartphone was supposed to launch on January 18th but the launch event has been postponed to January 22nd now. Honor V40 specifications began leaking as far back as November and the smartphone’s price in China has also been tipped. We have now spotted the Honor V40 with model number YOK-AN10 on the Bluetooth SIG certification website just ahead of the phone’s launch. The Honor V40 Bluetooth SIG certification doesn’t reveal much about the phone in terms of specifications apart from the fact that it will ship with Bluetooth 5.1. However, the certification does bring the device one step closer to its launch. The official Honor V40 specifications will be announced on January 22nd, but here’s a look at what we know so far about the device.

The Honor V40 is expected to feature a 6.72-inch OLED display with a 120Hz refresh rate. The smartphone will be powered by the MediaTek Dimensity 1000+ chipset paired with 8GB RAM and 128GB internal storage. The smartphone is also expected to come with a 50MP primary camera, 66W wired charging, and 55W wireless charging support. Renders leaked so far reveal the phone will come with a curved display, dual hole-punch cutout, and a rectangular rear camera model that houses triple cameras, an LED flash, and another sensor.

Honor V40 price in China could start at CNY 3,999 (approx Rs 45,000), according to a leaked inventory listing by a phone vendor. We won’t have to wait long for Honor to confirm the Honor V40 price and specifications.