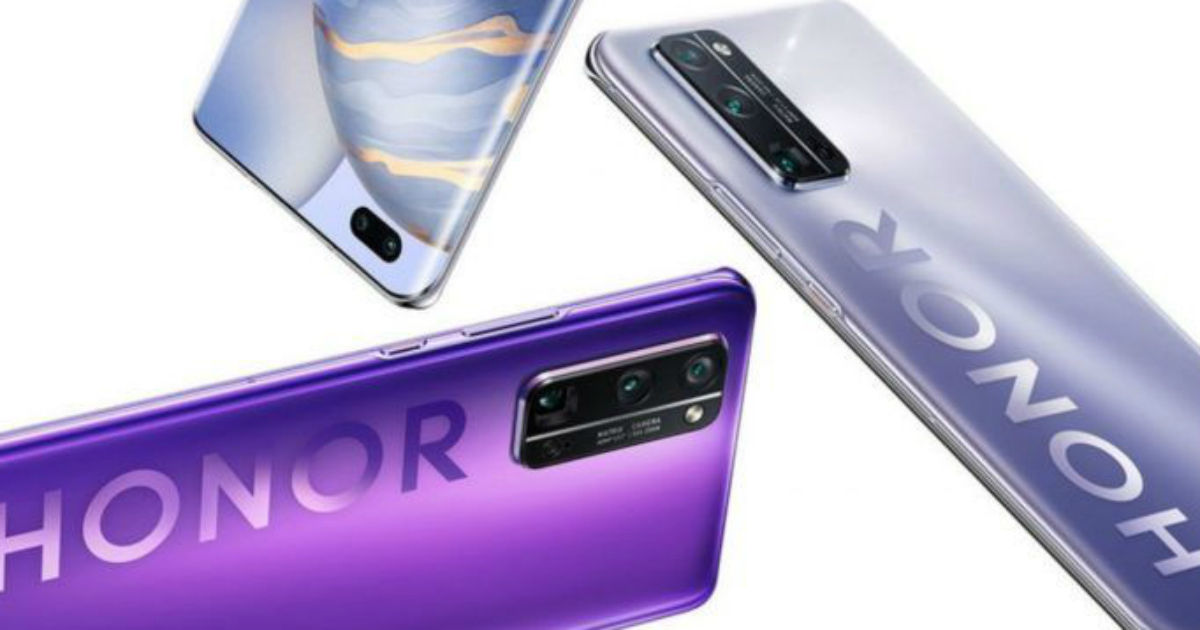 Honor V40 series launch in China is expected in December in China and the lineup is said to comprise of the vanilla V40, V40 Pro and V40 Pro+. Now, a tipster on Twitter has leaked out key Honor V40 series specifications. It’s possible the phones may draw some similarities with the newly-launched Mate 40 series. Honor V40 specs may include a 120Hz refresh rate, 66W fast charging support, 50MP primary camera, and a curved display with a pill-shaped cutout for dual selfie cameras. The render shows the vanilla Honor V40 may come in Purple and Blue colours, triple camera setup at the back and there is Honor branding. 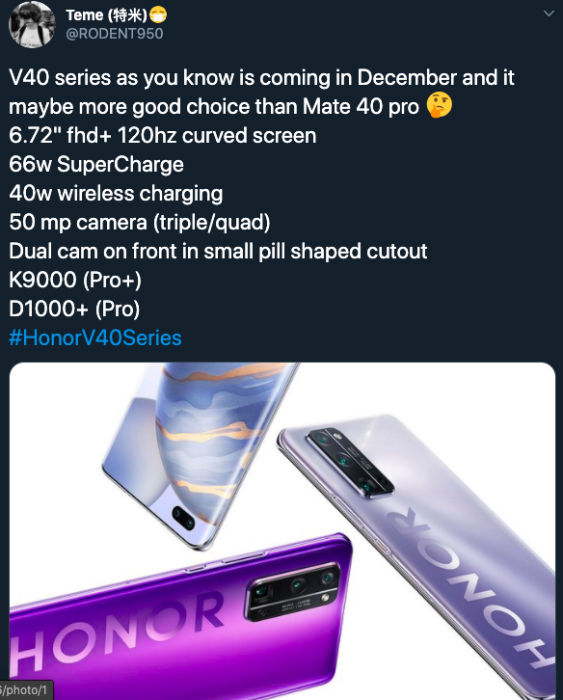 On the front, the phones are said to pack a pill-shaped punch-hole design for dual selfie cameras. Lastly, the Honor V40 Pro is tipped to come with 66W SuperCharge wired fast-charging and 40W wireless charging support. Unfortunately, that’s pretty much everything that is revealed about the Honor V40, but since these are early rumours, we suggest you take this with pinch of salt.