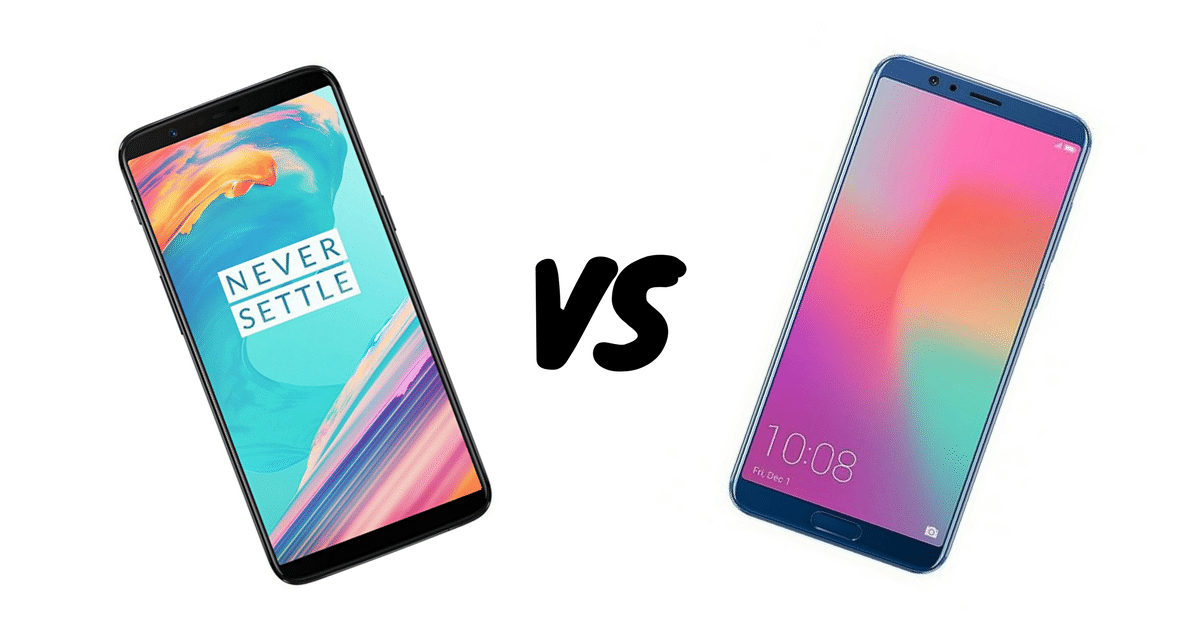 For long, the latest OnePlus flagship has remained the de facto budget flagship for a lot of customers. But in recent times, this undisputed reign has been challenged by competing brands. Don’t get us? Read on and find out how theHonor View 10takes on theOnePlus 5T in an enticing battle of affordable flagships. 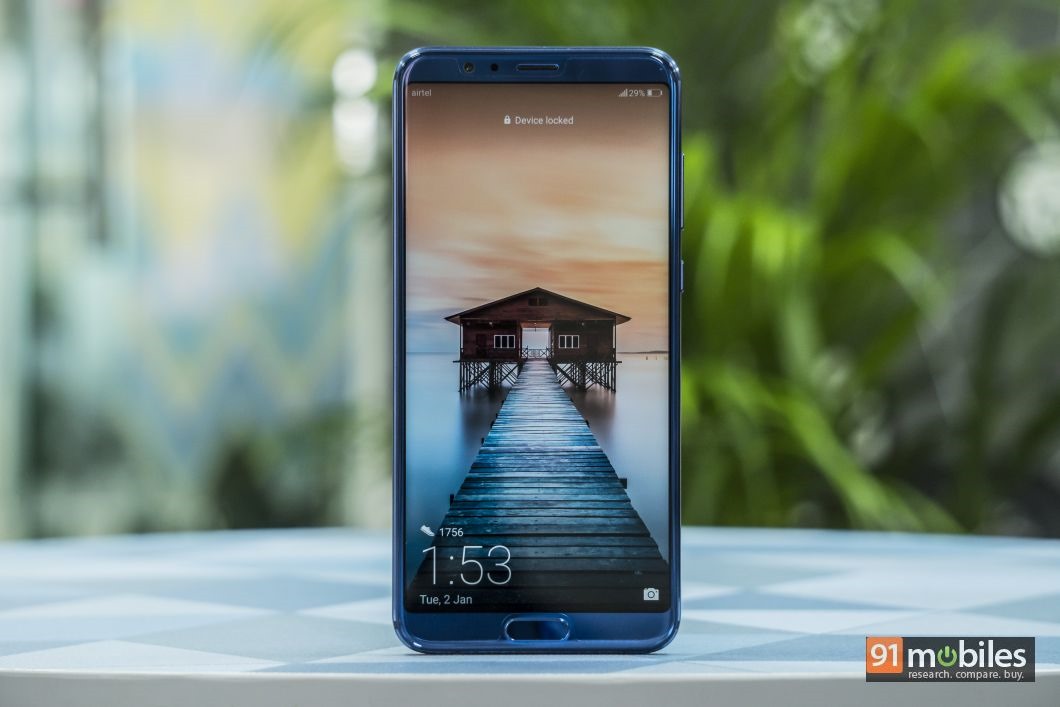 From the front, both devices look spectacular. Both come with minimal bezels at the top and bottom and almost non-existent side bezels. It’s a look we’ve started liking, since it gives us more screen real estate to play with without actually increasing the size of the smartphone. But theres one little thing we’d like to point out. On closer inspection, we find that the display on the OnePlus 5T is more rectangular than most bezel-less smartphones in the market, as it doesn’t feature those fancy curved corners. On the other hand, the Honor View10 does come with those curved edges. It’s nothing too important, but we thought we should point it out. Meanwhile, a more characteristic difference is that the View 10 comes with a home button at the front, which also houses the fingerprint scanner. This is unlike the OnePlus 5T, which bears no physical home button, and comes with a rear fingerprint reader instead. Though it’s a matter of personal preference, the placement of the biometric scanner on the fascia makes it easier to unlock the phone even when it’s kept on a flat surface. 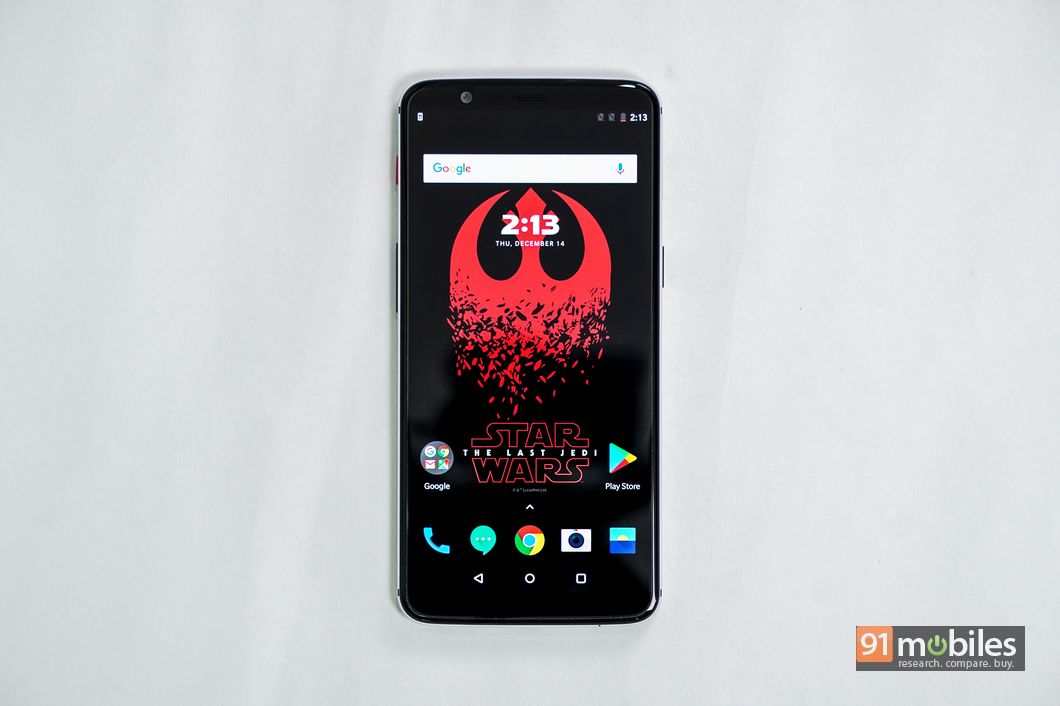 In terms of the display, the OnePlus 5T comes with a 6.01-inch FHD+ canvas, with an aspect ratio of 18:9. That’s pretty much what you get with the View 10 as well, an 18:9 display measuring 5.99-inches diagonally, and offering the same resolution. 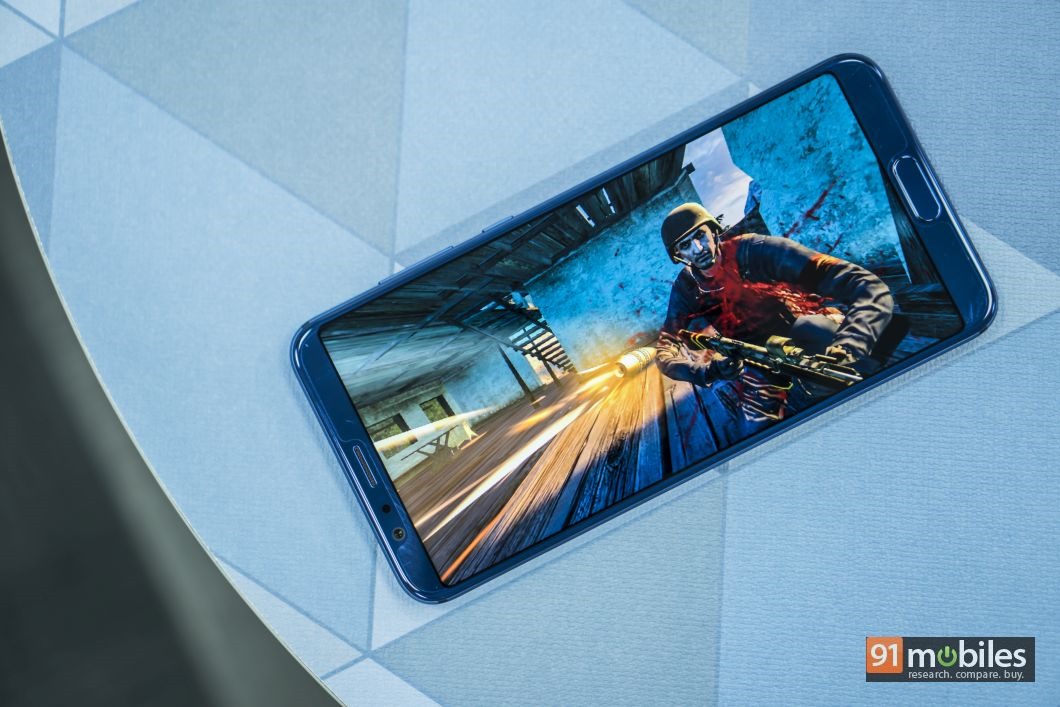 So how fast are the two phones? The short answer very. But there’s much more to it. For instance, the OnePlus 5T comes powered by last years flagship Snapdragon 835 SoC, a choice of 6GB or 8GB of RAM and an Adreno 540 GPU. In contrast, the Honor View10 plays host to the flagship HiSilicon Kirin 970 SoC, 6GB of RAM and a Mali-G72 MP12 GPU. But what gives the Honor View10 an edge, is that it comes with a dedicated neural processing unit (NPU), which enables integrated support for artificial intelligence (AI) across the board. More on that later. 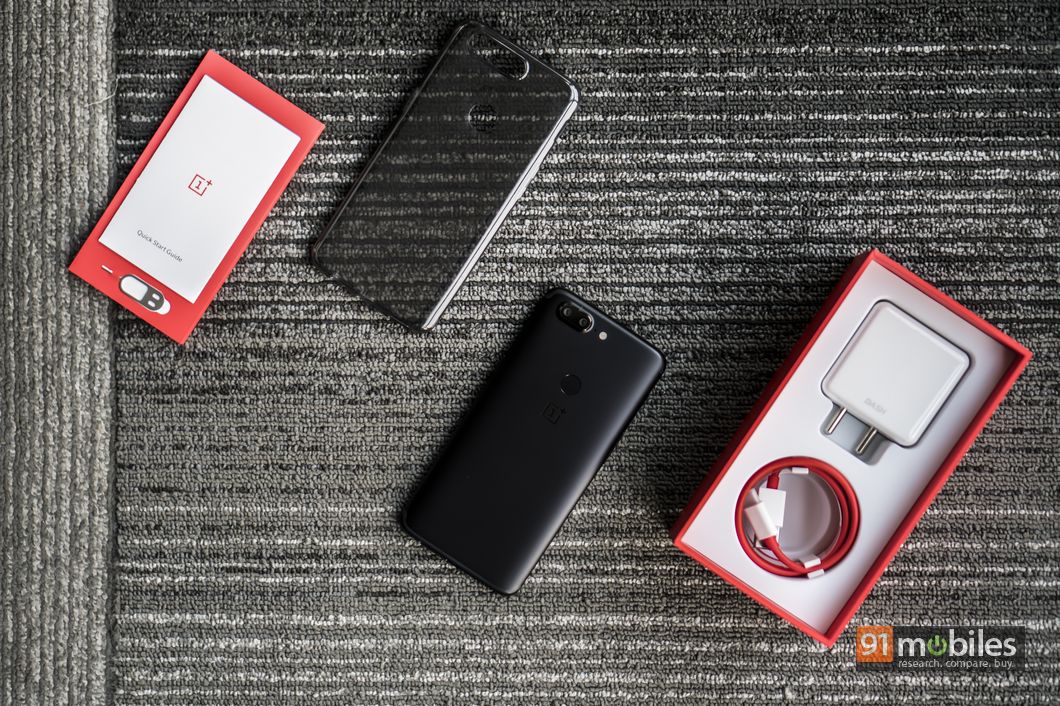 In the storage department, the Honor View 10 comes with a mammoth 128GB of internal storage, which can be expanded further with the help of a microSD card. Meanwhile, the 6GB RAM variant of the OnePlus 5T comes with 64GB of internal storage, and the 8GB RAM model is equipped with 128GB of onboard storage. Do remember however, that the OnePlus 5T doesn’t feature support for memory expansion, while the View 10’s memory can be topped up further up to 256GB.

Talking about the battery life, the Honor View10 comes with an impressive 3,750mAh battery which should last you well over a day of medium usage. The OnePlus 5T on the other hand, flaunts a smaller 3,300mAh battery, which performs well for its size. Both smartphones support fast charging, and use USB type-C ports for charging and data transfers. The camera is where things become even more interesting. The OnePlus 5T comes with a 16MP + 20MP dual camera setup on the rear, which sadly has dropped support of the optical zoom feature that came with the OnePlus 5. The device also comes with a 16MP front camera. Meanwhile, the Honor View10 also comes with a similar setup, with a combination of 16MP + 20MP primary cameras and a 13MP selfie shooter. But what makes it interesting is the AI that works behind the scenes. Which brings us to…

The power of artificial intelligence 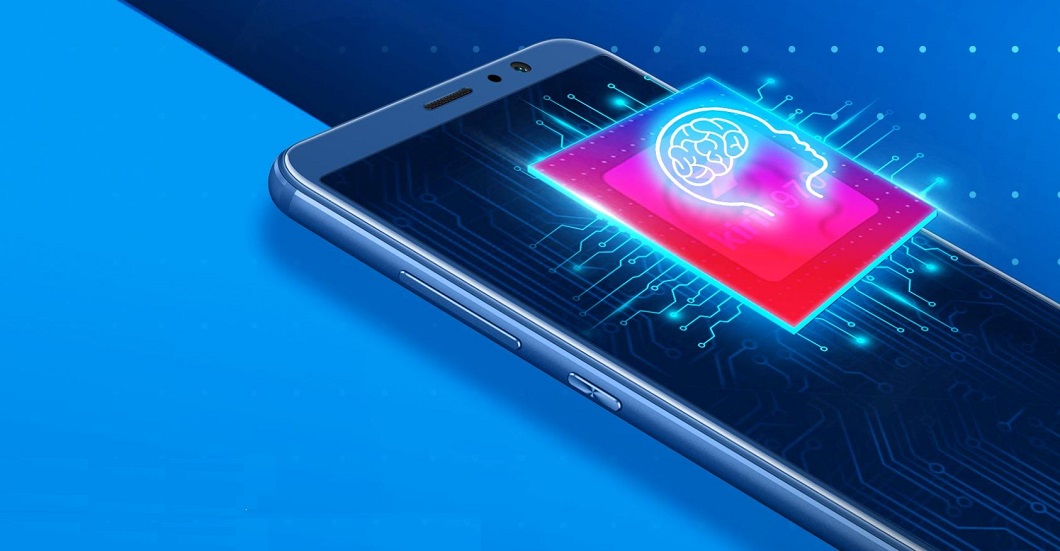 There are some interesting features common to both smartphones, such as the inclusion of face recognition. But true AI features is something the OnePlus 5T simply doesn’t have. The on-board dedicated NPU on the Honor View10 allows artificial intelligence to smartly make the phone truly ‘intelligent’. It learns your patterns and behaviour, and optimises the interface according to your needs. For instance, both the rear and the front camera make use of the AI tech to intelligently change the camera settings when you are about to take a picture. Think of it as Auto Mode 2.0. The phone also smartly allocates resources according to your use, so you get optimised performance and battery life. These are just a few examples of how the View10’s AI prowess can make it look like a phone from the future. And unfortunately, the OnePlus 5T cannot boast any of these features. 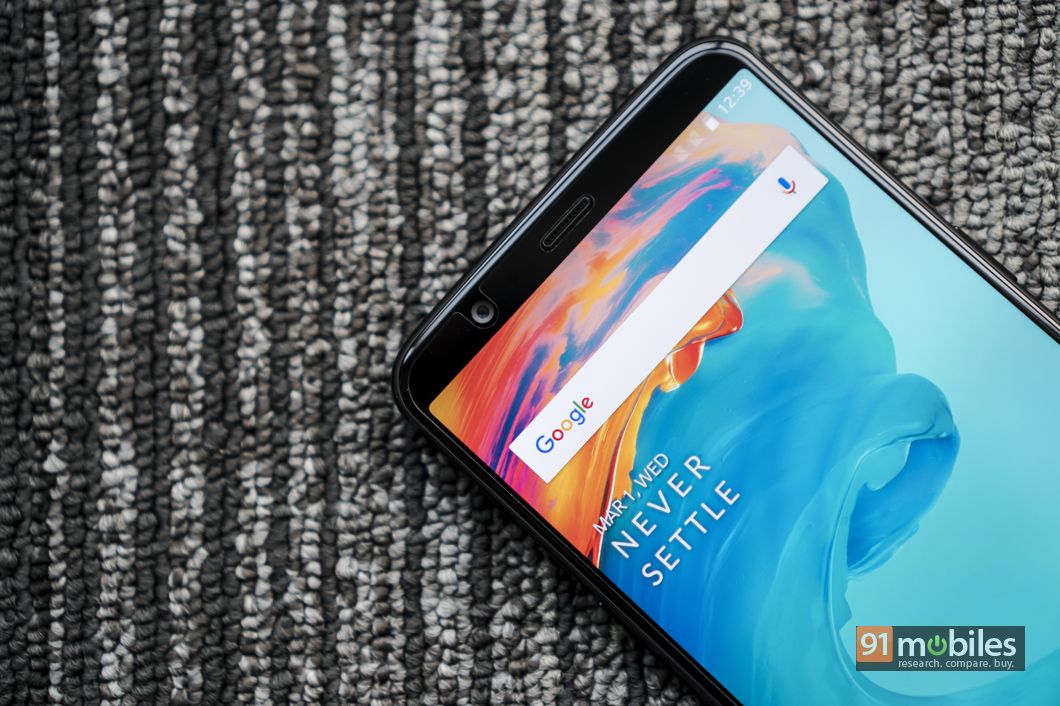 The OnePlus 5T comes with Oxygen OS based on Android Nougat. The device has recently started receiving the Android Oreo update, which was halted in between due to the presence of some bugs, but has since been resumed. The UI is as close to stock Android as can be on a non-Pixel smartphone. On the other hand, you dont have to wait for the Oreo update on the Honor View10, as it boots the latest OS out of the box. Honors custom UI is called EMUI 8.0, and features a lot of customisability options and added features.

For connectivity, both smartphones boot support for dual-SIMs, 4G, VoLTE, NFC, Wi-Fi and Bluetooth. In fact, both phones also come with headphone jacks. 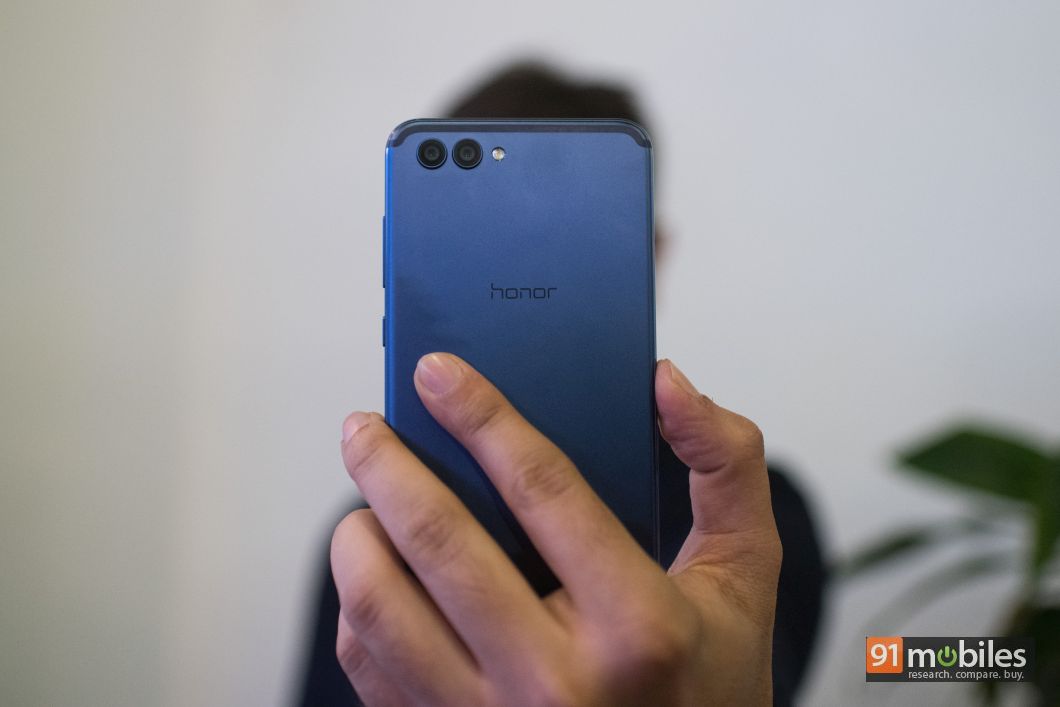 The Honor View10 has been priced at just Rs 29,999, and for that price, it is a great value for money proposition. The device will be sold exclusively via Amazon India and will be available in beautiful looking Midnight Black and Navy Blue hues. On the other hand, the 6GB RAM / 64GB storage variant of the OnePlus 5T has been priced at Rs 32,999, while the 8GB RAM / 128GB storage variant of the device sells for Rs 37,999. Both variants are available via Amazon India and OnePlus official online store. 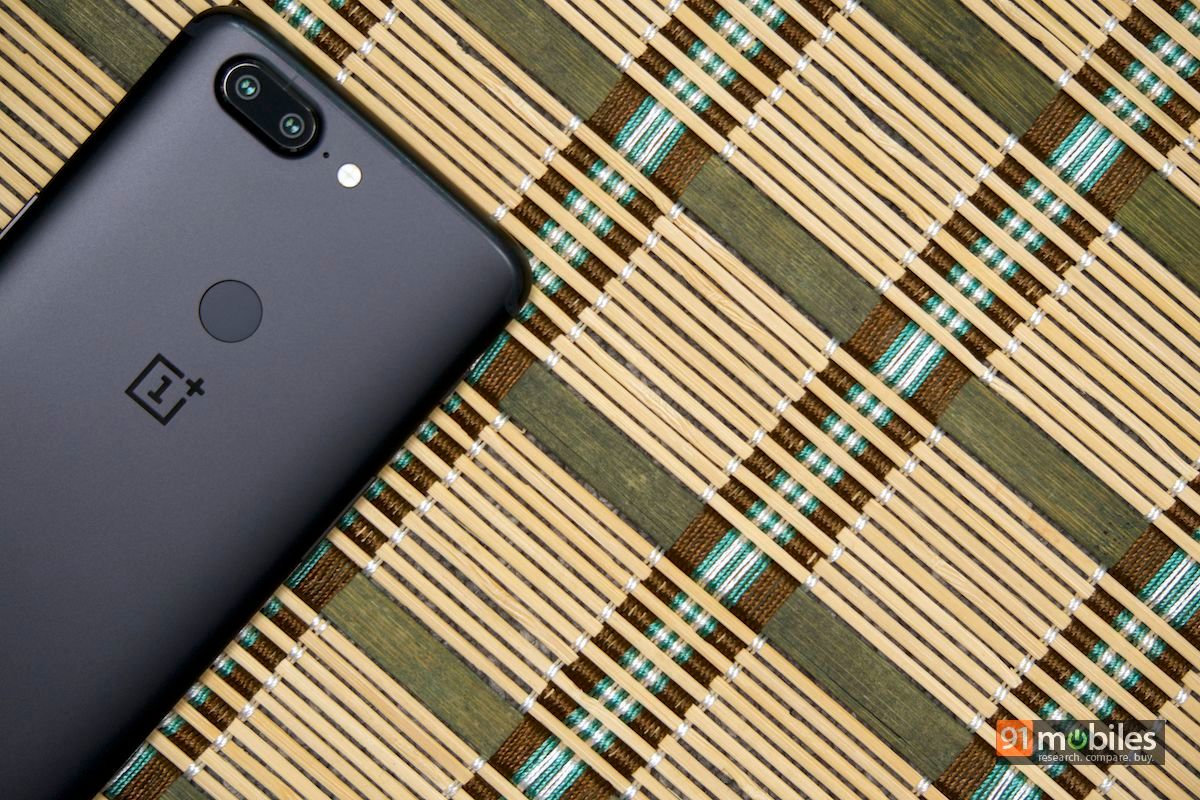 You really can’t go wrong with either of the two devices. Yes, the OnePlus 5T is a great performer, and it also boots near-stock Android. But these are things we expect from OnePlus. It’s 2018, and enough of us expecting things from a smartphone. It’s time to do things the other way round. Let the smartphone predict things we do, and intelligently adapt to the same. The Honor View 10 is an excellent proposition, with something out of the ordinary for those of us who like bleeding-edge technology, for those of us who love taking photos, and for those of us who like a bit of adventure in life.