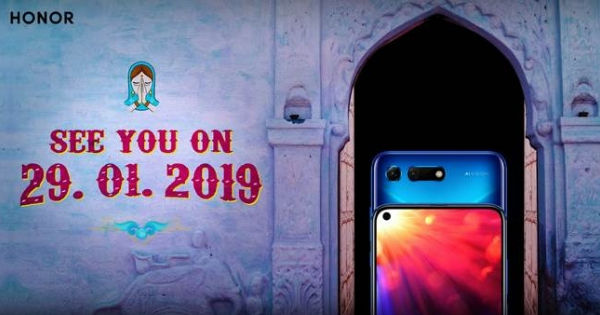 “The Honor View 20 is a loaded offering and features a punch-hole display, 48MP primary camera and HiSilicon Kirin 980 chipset“

Recently, Honor India teased the launch of its latest flagship — the View 20 — from its official Twitter handle. The tweet confirmed the forthcoming smartphone will be an Amazon India exclusive. Now, the brand has sent out ‘Save the Date’ invites for the launch event, which is set to be held on January 29th. Notably, the smartphone had been unveiled as Honor V20 in China and will be released globally in Paris on January 22nd. 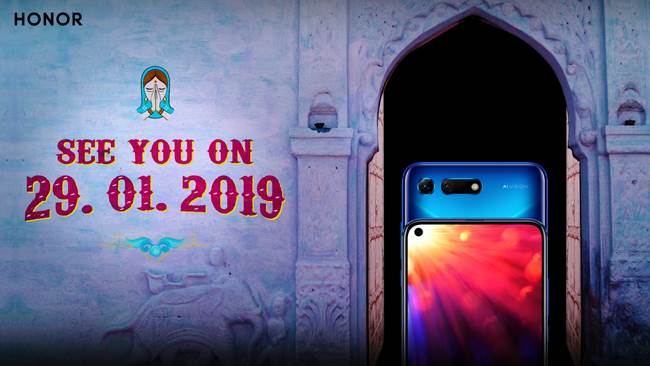 The Honor View 20 (aka V20) starts at RMB 2,999 (~Rs 34,000) for the base model with 6GB RAM in China. It comes in three hues of Red, Blue, and Black. According to the reports, the handset maker is likely to price the flagship under Rs 40,000 in India to compete with the likes of the OnePlus 6T (review). Since the brand has already teased the Amazon India availability, we can expect it to go on sale starting January 29th or soon after that.

The Honor View 20 is equipped with a 6.4-inch IPS display that’s devoid of any bezels or a notch, thanks to a pin-hole on the top-right corner that houses the selfie camera. The screen bears a full HD+ resolution and the device has an impressive screen-to-body ratio of 91.82 percent. On the performance front, the View 20 gets the 7nm HiSilicon Kirin 980 chipset backed by up to 8GB of RAM and 128GB internal storage. In the imaging department, the phone flaunts a 48-megapixel primary shooter accompanied by a 3D ToF lens for depth sensing along with an LED flash. For selfies, there’s a 25-megapixel snapper nestled in the piercing on the display.

In terms of the software, the View 20 boots Android 9 Pie-based Magic UI 2.0.1 out of the box and houses a 4,000mAh battery with 22.5 SuperCharge fast charging tech. Other features include a rear-mounted fingerprint sensor, Link Turbo technology to boost download speeds, Wi-Fi, 4G LTE, Bluetooth, 3.5mm headphone jack, and a Type-C port.