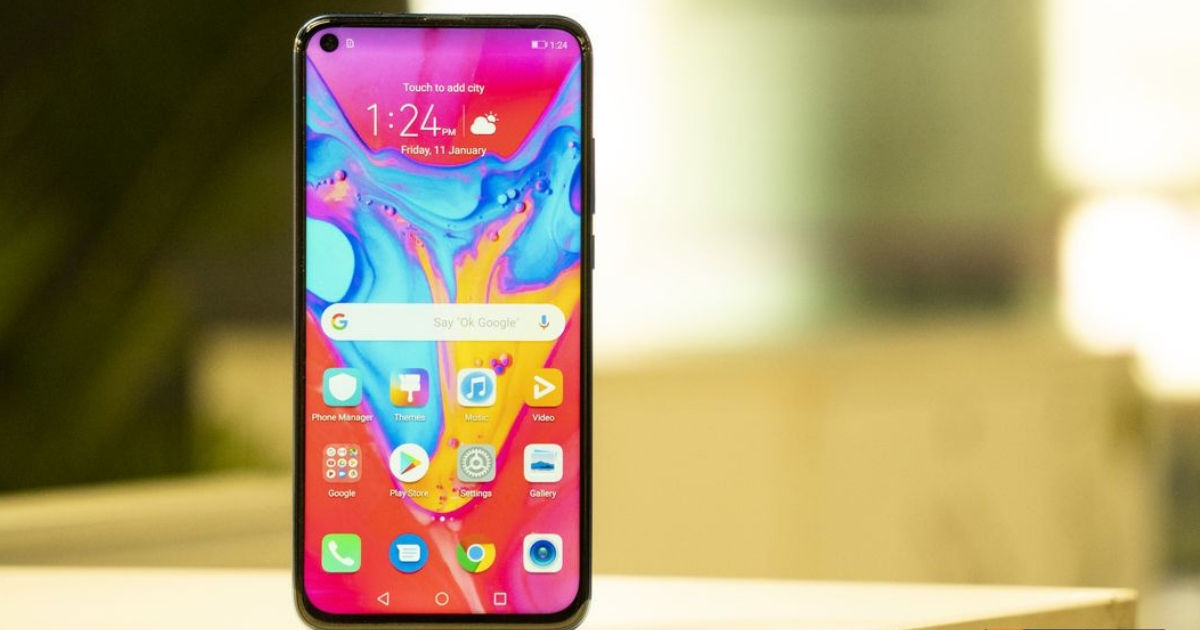 Huawei sub-brand Honor has unveiled its flagship View 20 (first impression) smartphone at an event in Paris. The handset is essentially the global variant of the Honor V20 handset that was launched in China in December 2018. As a result, it shares the same specifications and features, including the punch-hole display and a whopping 48-megapixel primary camera on the rear. Other highlights of the Honor View 20 include the top-end HiSilicon Kirin 980 chipset, the latest Android software, and a beefy battery. The company also unveiled the 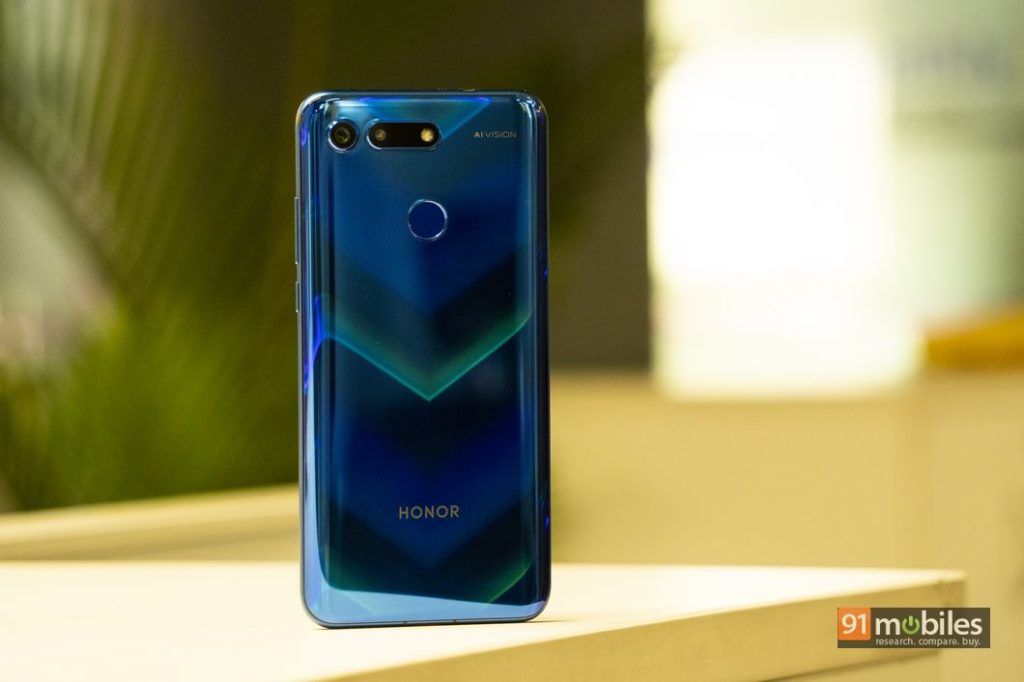 The Honor View 20 price is €569 (about Rs 46,000) for the base 6GB RAM option. The special edition Honor View 20 Moschino Edition that has been developed in partnership with Italian fashion brand Moschino will cost €649 (about Rs 52,500). The handset comes in Midnight Black and Sapphire Blue colours, while the Phantom Red and Phantom Blue hues are reserved for Moschino edition. The smartphone goes on sale starting January 23rd in several markets. In India, the View 20 is slated to debut next week on January 29th as an Amazon exclusive. The price is yet to be revealed, but users can pre-book the device now.

As for specifications, Honor View 20 features a 6.4-inch IPS display with full HD+ resolution and an impressive screen-to-body ratio of 91.82 percent. It achieves that with a hole at the top left corner that houses selfie camera. The handset is driven by Huawei’s HiSilicon Kirin 980 chipset that is forged using the 7nm process and accompanied by dual Neural Processing Units (NPU), GPU Turbo technology 2.0 and liquid cooling tech. The device also boasts of Hi1103GPS chip that allegedly improves mobile navigation using AI dual-frequency GPS. Moreover, you can also use the phone as a dock for a desktop-like experience by simply placing it on a compatible dock.

For photography, the phone flaunts a 48-megapixel Sony IMX 586 primary shooter accompanied by a 3D ToF lens, along with an LED flash and dual ISPs. For selfies, it gets a 25-megapixel snapper in the display piercing. The 3D ToF camera can be used for AR effects, 3D motion-controlled gaming, AI calorie counting, and 3D shaping. Honor claims that the handset’s 3D deep sensing technology also enables motion capture for fun AR features. Other than that, the cameras are mated with artificial intelligence (AI) that is said to produce shots with better dynamic range and colour reproduction. 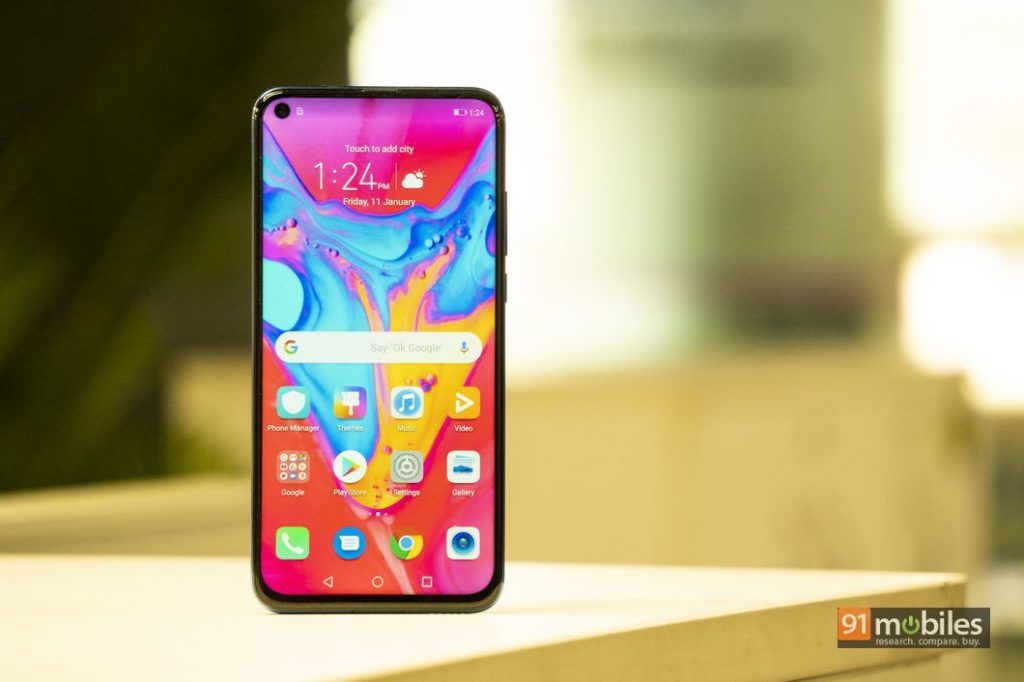 The phonemaker ships the device with 128GB storage and 6GB of RAM as standard; in India, it will get an 8GB RAM variant as well. The storage can be further expandable by adding a microSD card. However, it should be noted that the Honor View 20 Moschino Edition comes with 8GB of RAM and 256GB internal storage. Moreover, the handset comes with a unique Aurora Nanotexture design at the back that exhibits a V-shape when the light hits at an angel. 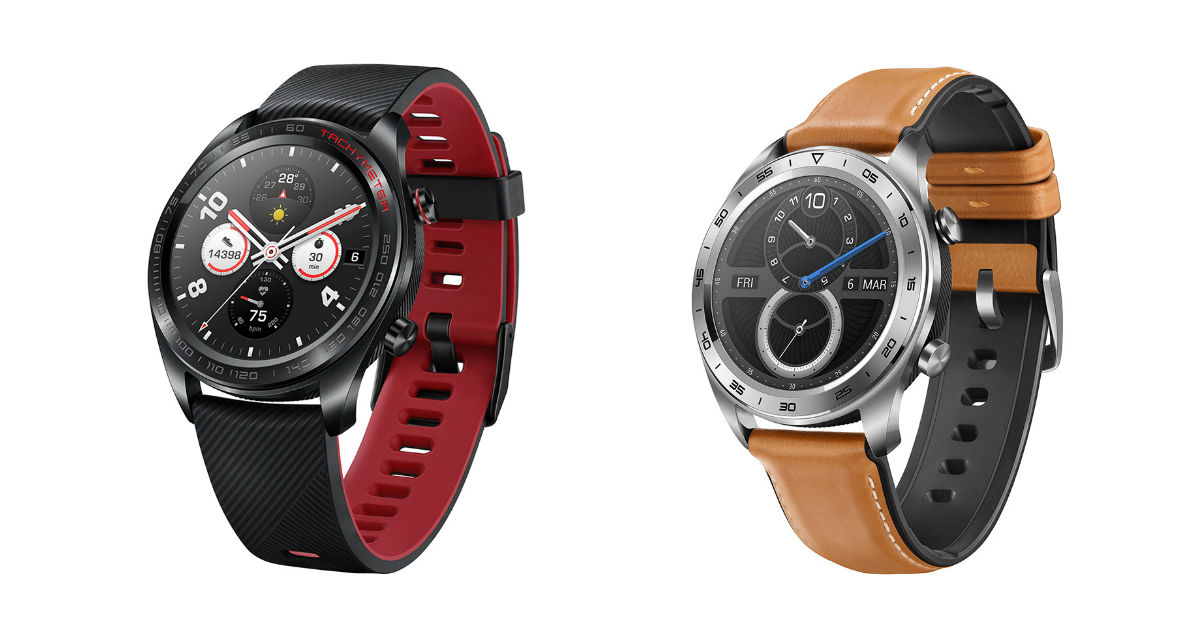 Moving on to the Honor Watch Magic, the smartwatch has been limited to China since its October unveiling – until now. The smartwatch has a 1.2-inch circular display with resolution of 390 x 390 pixels and has water-resistance rating of ATM5, so it can work without damage up to 50 metres under water. It has 16MB RAM, 128GB storage, GPS, and 178mAh battery that is claimed to work for a week without charge. The Honor Watch Magic will work with devices running Android 4.4 or above as well as iOS 9 or later. Key fitness and health features of the smartwatch include heart rate sensor, sleep tracking, pressure monitor, step counter, barometer, altimeter, and NFC. It also has an intelligent health assistant as part of the package.

The Honor Band 4 and FlyPods Lite were showcased at the event as well. The former is a fitness band that has heart rate monitoring, sleep tracking, and Swim Stroke recognition features. Already available in India, the fitness band has a 0.95-inch AMOLED screen, up to 17 day battery life, and water-resistance up to 50 metres. The FlyPods Lite are Apple AirPods-like truly wireless earbuds, deliver HD voice, 12-hour playtime, and tap control.