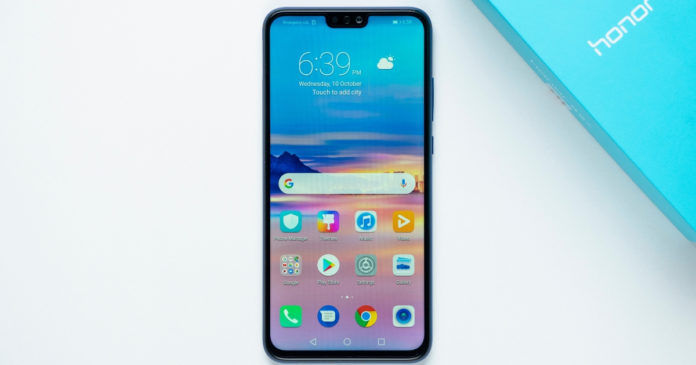 Honor 9X and Honor 9X Pro smartphones are scheduled to go official on July 23rd in China. Thanks to the TENAA certification, the specifications leaked online earlier today. Now, it looks like the Chinese brand might be planning on continuing the mid-range X series as it applied the trademark for 20X, 30X, 40X, and 50X monikers in 2018 with several intellectual properties worldwide. The Honor 10X was applied with the EUIPO agency recently. It’s obvious Honor wants to secure the branding for the future. However, the trademarks are in pending status currently but should be approved soon. As for the Honor 9X duo, they are said to come with Kirin 810 SoC, a pop-up selfie snapper and ship with a side-mounted fingerprint sensor.

Furthermore, since these are still the in trademark phase, it’s a bit early to be talking about the hardware details and launch timeline. But if Honor 7X and 8X launch timelines are any clues, the Honor 10X, 20X, 30X, 40X, and 50X smartphones might launch sometime in Q3 or Q4 every succeeding year. It’s also possible that Honor might drop the series altogether down the road, so we suggest you take this with a pinch of salt.
As for the Honor 9X and Honor 9X Pro, they are expected to sport a 6.59-inch full-HD+ display with 1,080 X 2,340 pixels screen resolution and are said to be powered by a 7nm octa-core Kirin 810 SoC with ARM Mali-G52 MP6 GPU. Both the phones are likely come in three variants — 4GB RAM + 64GB, 6GB RAM + 128GB, and 8GB RAM + 256GB onboard storage that is further expandable up to 512GB via microSD card. The handsets run Android 9.0 Pie with EMUI 10 on top. A 4,000mAh battery with support for fast charging support fuels the phones.
Honor 9X Specifications
Honor 9X Price View All
Honor 9X Video
ShareTweetShare
VIAITHome
Best Selling Mobiles