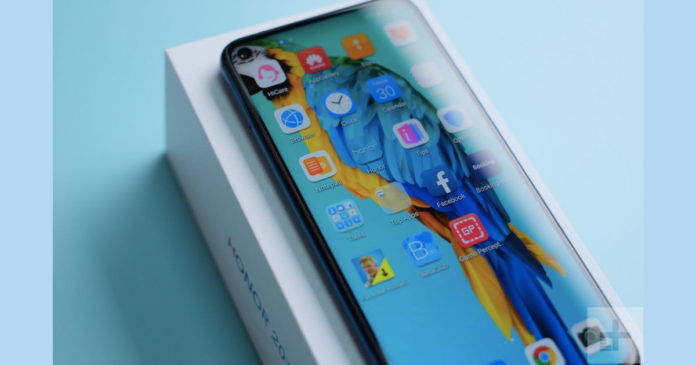 Honor seems to be gearing up to launch two new smartphones as they get certified by the certification authority TENAA in China. The handsets have been spotted with model numbers Honor YAL-AL50/ TL50 and Honor KSA-AL10 in separate TENAA listings along with their specifications. While their actual names remain unknown at the moment, speculations are that the YAL-AL50/ TL50 could be a new variant of Honor 20 series as its model number and specifications are similar to the Honor 20 (YAL-AL10) smartphone. The Honor KSA-AL10, on the other hand, is expected to be either a Pro version Honor 8S that was launched back in April or next-gen Honor 9S smartphone.

Starting with the Honor YAL-AL50/ TL50, the variant of Honor 20 series is equipped with a 6.26-inch display that offers Full HD+ (1,080 x 2,340 pixels) resolution. At its core lies a 2.6GHz octa-core processor of unknown maker paired with 6GB, 8GB, and 12GB of RAM and 128GB and 256GB storage options. The handset boots Android 9 Pie out of the box that will most likely have EMUI custom skin running atop. The entire setup is driven by a 3,750mAh battery with rapid charging support. The handset also appeared on 3C certification website last month, which had revealed that the phone will arrive with 20W fast charging support.

In the imaging department, the Honor YAL-AL50/ TL50 has triple rear cameras with a 48-megapixel main lens, an 8-megapixel secondary sensor, and a 2-megapixel third lens. The front camera is said to be 32-megapixel shooter, which is the same as the regular Honor 20. The handset has 154.25 x 73.97 x 7.87mm dimensions and 172 grams weight. The device could be dubbed as Honor 20 SE based on the leaked screenshot that was spotted outside the offline store of Suning Tesco in China recently.

The Honor KSA-AL10, on the other hand, boasts of almost similar design and specs sheet as the Honor 8S smartphone, save for the chipset. The handset, as per the listing, has 2.0GHz octa-core chipset ticking at its core instead of 2.0GHz quad-core MediaTek Helio A22 SoC. Apart from this, the phone is said to feature a 5.71-inch HD+ display with a waterdrop notch that houses a 5MP selfie camera. The rear camera features the 13MP shooter with an LED flash, just like the Honor 8S smartphone.

Other features include a dual-tone finish, 2GB/ 3GB of RAM, 32GB/ 64GB of expandable storage, and 2920mAh battery. The phone measures 147.13 x 70.78 x 8.45 mm and weighs 146 grams. That’s all the information we can share at the moment. Since the handsets have already been certified, their launch seems just around the corner. Stay tuned to 91mobiles for all the updates.