91mobiles.com
Home How To How to hide apps on your OnePlus, Samsung, Xiaomi, Realme, and other... 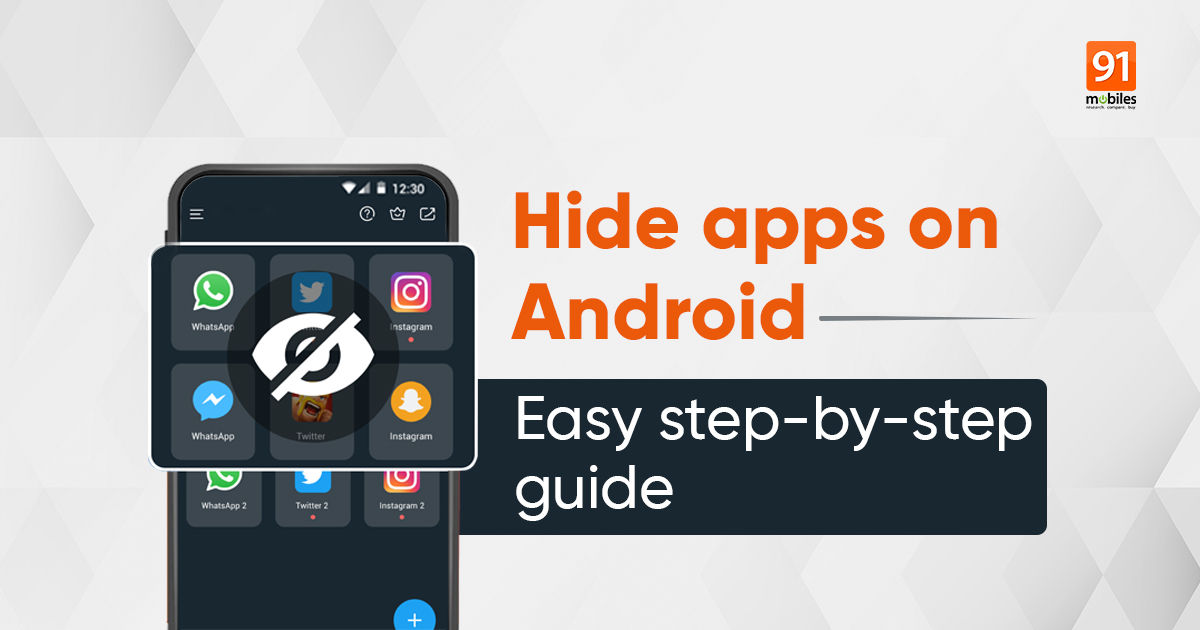 When it comes to safety and security, hiding certain apps and data could be necessary for some users. There could be n number of reasons to hide apps on your phone, ranging from hiding work apps or dating apps from prying eyes. Most smartphones these days run custom skins that come with the feature to hide not just apps but also documents, images, and more, but what about stock-Android phones. This post will go through the steps to hide apps on Android mobile phones from all the leading brands currently in the market.

Also Read: Upcoming Samsung mobile phones launching in 2022, according to the rumour mill

How to hide apps on any mobile phone

For the sake of simplicity, at first, we will go through the steps of hiding apps by using a third-party launcher. In our case, we will be using the Nova launcher to carry out this task. This is because Nova launcher has a wide user base and consistently ranks relatively high on the Google Play Store in the personalization section.

As mentioned above, all Android launchers can hide apps in one way or the other, but for the sake of simplicity, we will go through with Nova launcher. The Nova launcher packs plenty of fast, smooth, and stable features on most Android smartphones. To hide apps, you need to get the Prime version of the app from the Play Store.

That’s it! The apps selected will hide from your app drawer almost immediately. To access you can unhide them or search them on App Drawer’s search bar.

How to hide apps on Samsung smartphones

You don’t need any third-party app like Nova launcher here. Samsung phones come with the OneUI custom skin on top of Android, which packs in some fantastic features along with their security suite called Knox. As a result, hiding apps on a Samsung phone is relatively easy. The process takes you from opening the app drawer, moving to settings, and selecting the ‘Hide apps’ option. This is followed by selecting all the apps that you need to hide.

To hide an app on a Samsung phone, follow these steps:

In order to restore hidden apps, follow the same steps as instructed above. This way you will be able to see all the apps that are currently not visible on your app drawer.

How to hide apps on OnePlus smartphones

OnePlus smartphones have the very popular OxygenOS built on top of Android. It’s the custom skin that brings some aesthetic changes and other nifty features. One such feature is the ‘Hidden space,’ which allows you to hide apps.

To hide apps on OnePlus smartphones

To see the hidden apps, go from the Home Screen, swipe up to bring up the Apps tray –> tap Settings, then Apps & notifications and See all apps –> tap on the desired app you wish to see, then tap Enable. The app will appear in your app drawer. It’s worth mentioning that the Hidden Spaces settings on the OnePlus device also allow you to password protect the space so that others cannot access it. To password protect Hidden Space, open the Settings app, go into password settings and enable password protection of Hidden Spaces.

How to hide apps on Xiaomi smartphones

Xiaomi phones use MIUI, their version of a custom skin on top of Android builds that mainly covers all the features that you will find on OxygenOS, OneUI, and more. Unfortunately, enabling this feature requires more steps, and you also need to sign-up for a Mi account.

To hide apps on Xiaomi phones, follow the below-mentioned steps:

After the app is hidden on the Xiaomi device, it can be accessed by swiping two fingers on the screen. This will pop up a message asking for a passcode. Enter the correct passcode, to see the hidden apps.

How to hide apps on Realme and OPPO smartphones

Whether it’s an OPPO or Realme smartphone, the steps to hide apps would remain the same. Despite the different naming conventions of their custom skins, the smartphones from the two manufacturers have arguably the same UI.

To hide apps on Realme/Oppo smartphones, follow the below-mentioned steps.

The selected apps will be hidden from your smartphone soon after. However, you can still access it by simply going to the dial pad and putting the access number.

How to hide apps on Vivo smartphones

Vivo smartphones run on a custom skin called FunTouch OS that visually is quite pleasing and feature-packed at the same time. For anyone coming from stock Android, the skin here might look a bit cartoonish, but it has the ability to grow on you. The process of hiding apps on a Vivo smartphone is reasonably straightforward. To hide so,

Unfortunately, unlike Xiaomi and Realme, you can’t access hidden apps on a Vivo phone without removing the app from the hide app list first. You can follow the above-mentioned steps to remove the app from the list and the app will be available once again.

How to hide apps on Huawei and Honor smartphones

Though the sale of new Huawei smartphones has ceased from most markets, Honor is still making a comeback. This guide will help current and future Huawei/Honor users to hide apps on their smartphones.