91mobiles.com
Home How to How to recharge 2G Vodafone Idea number through SMS, call, and ATM 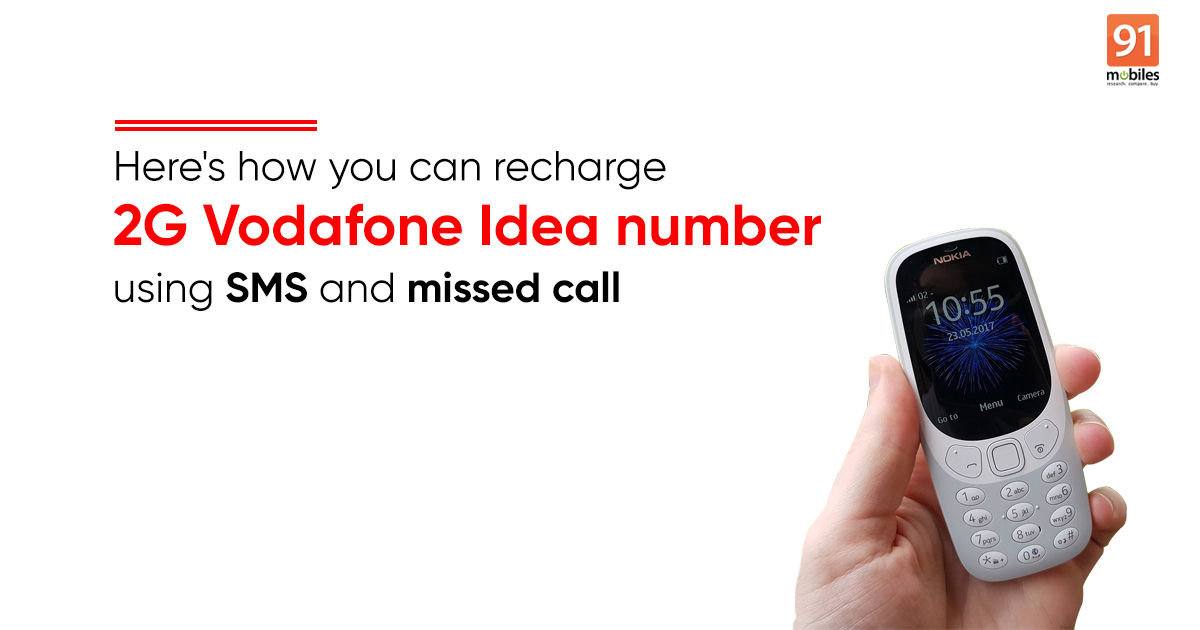 The 2G Vodafone Idea recharge is only available in selected regions at the moment.

Shops including recharge outlets are shut due to coronavirus-induced lockdown in India. This means you have no other option but to take the online route to recharge your mobile number. However, what about 2G users on feature phones that lack digital wallet support such as Google Pay and Paytm? How do they recharge their mobile numbers without stepping out of their house after the existing pack exhausts? Now, 2G Vodafone Idea customers can sigh a relief. The telco has initiated a quick recharge process of its 2G customers via SMS and missed call. However, the process is only limited to Vodafone Idea customers in Haryana, Assam, Bihar, Jharkhand, and North East regions.

The Vodafone Idea quick recharge is an offline method for customers to top-up their 2G numbers. The recharge can be done through a process that requires sending an SMS and placing a missed call. The process is simple and easy to understand. All you have to do is draft a message with the 10-digit mobile number that you want to recharge, enter the amount, and send it to the bank where you have an account. Once the recharge is successful, the amount will be deducted from the bank account. Per Telecom Talk, the service is available in Assam, Bihar, Jharkhand, and North East along with Haryana region.

How to recharge 2G Vodafone Idea number via SMS

You can also recharge your 2G Vodafone Idea number using SMS and missed call. To do so,

How to recharge 2G Vodafone Idea number via ATM

Besides this, you can also recharge through ATMs. The feature is available not just for Vodafone Idea users but Airtel and Jio subscribers as well. Vodafone Idea has partnered with HDFC Bank, ICICI Bank, SBI, Axis Bank, Citi Bank, DCB Bank, IDBI Bank and Standard Chartered Bank for recharge from ATMs. So if you have an account on any of these banks, you can perform recharge using an ATM.