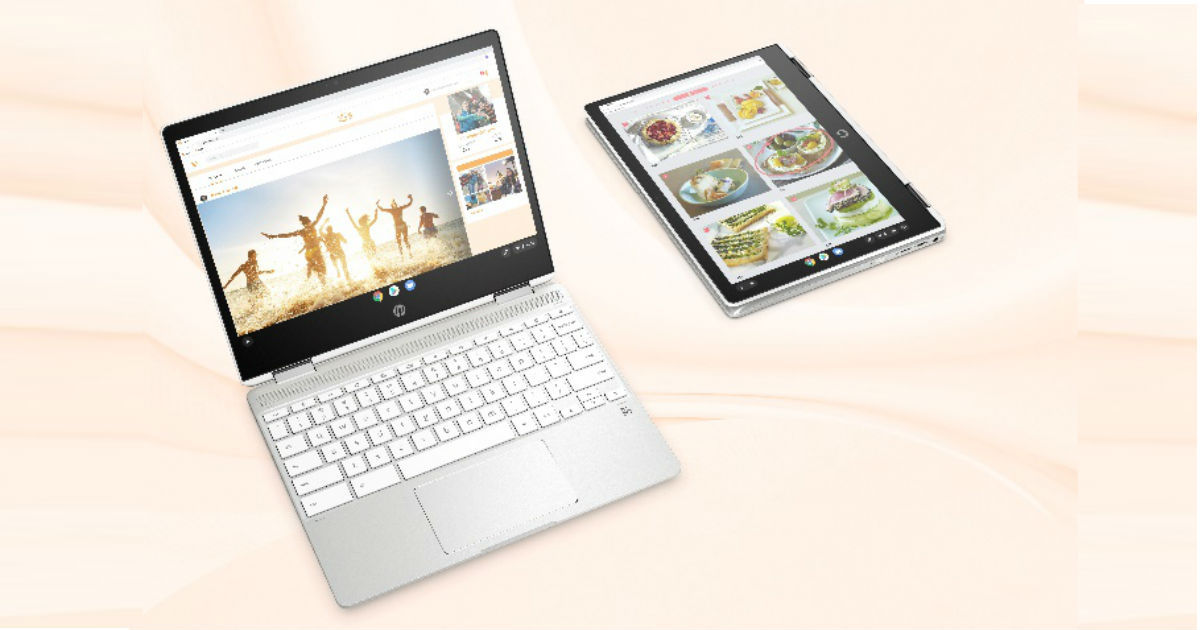 HP has refreshed its Chromebook portfolio in India with the launch of the new Chromebook x360. The 2-in-1 Chromebook x360 – targeted at GenZ consumers – comes in two models – 12-inch and 14-inch – and features a rotating hinge for the touchscreen display to turn these laptops into convertibles. HP claims that the new Chromebook x360 sports premium design, versatile form-factor with a thin, lightweight form factor and slim bezels, and superior performance with Google ecosystem – including Google Assistant, Google One, and Google Play store. The Chromebook x360 also touts a “quieter” fanless design and USI (Universal Stylus Initiative) stylus support.

The HP Chromebook x360 price in India starts at Rs 29,990. This is for the 12-inch variant. The 14-inch variant of the Chromebook x360 comes with a sticker price of Rs 39,990. Both the variants will be available in Ceramic white hue at 250 HP World Stores in 25 cities, HP Online Store, leading e-commerce players Amazon and Flipkart, and major offline stores such as Reliance, Croma, and Vijay Sales. The USI Stylus (optional) will additionally cost Rs 3,999.

HP Chromebook x360 specifications include Intel Gemini Lake dual-core processors and features an HD+ touchscreen display. While the 12-inch variant of the laptop comes with 1,366 x 912 pixels resolution, the 14-inch packs a panel with 1,366 x 768 pixels resolution. Both the variants are rated to last up to 11 hours on a single charge. The machine is backed by features such as the voice-enabled Google Assistant, Google One storage and support for more than 3 million apps on the Google Play store.

Furthermore, the Chromebook x360 offers 100 GB of storage as part of Google One subscription (free for 1 year) and supports expandable memory of 256GB. The laptop also packs Stereo speakers fine-tuned by B&O, which are touted to offer immersive audio experience.